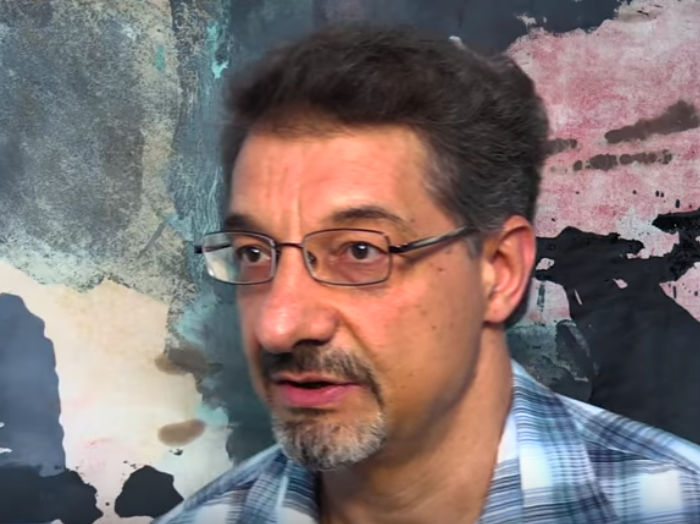 Nedialko (Ned) T. Nikolov works as a physical scientist for the U.S. Forest Service. Nikolov’s profile at ResearchGate lists his PhD as in Ecological Modeling. His profile at the United States Department of Agriculture’s Forest Service lists his highest education as a Ph.D in Forest Ecology from Colorado State University. [1], [3]

Nikolov and his colleague Karl Zeller, who used to work together at the forest service, were the subject of controversy when they were caught trying to published a paper under pseudonyms Den Volokin and Lark ReLlez multiple times from 2014 to 2016. [4]

Nikolov and Zeller have tried to challenge the accepted greenhouse gas theory on climate change, instead suggesting that atmospheric pressure is the cause for warming. Professional climate scientist Scott Denning described their theory as “too simple” and said it ignores elements of thermodynamics. However, the two argue that their papers were unfairly rejected not due to the science, but because of their association with the climate change denial blog network. [5]

According to a profile of Nikolov and Zeller at Coloradoan, Nikolov’s research on climate change is “done on his own time.” [5]

“I don’t think there is a catastrophic climate change happening at all. It’s just cyclical. What we have observed now and all the warming we have observed, pretty much ending in the late nineties, so we’re now at a plateau, right, in terms of temperature. […] People are looking at natural explanations, that it will be becoming cooler from now on. The climate change that we have been observing, it’s ah… in terms of temperature change, it’s very, very small compared to what has been happening geologically,” Nikolov told Energy Live News. [6]

The Washington Post reported that “Nikolov, a.k.a. Den Volokin, does not consider himself to be a climate skeptic. He does not deny the climate is changing.” However, while he initially believed in the mainstream scientific consensus, the paper reported that he had a change of heart following “climategate,” despite formal investigations finding no scientific wrongdoing. [4]

Zeller and Nikolov were guests on Connecting the Dots with Dan Happel via the Republic News Network (RNN). The show describes the two as “noteworthy climate scientists” who “both agree that the current greenhouse theory climate models are flawed in their basic assumptions, and lack the requisite scientific testing necessary for credibility.” [9]

According to the program description, “Their research shows that climate change has very little connection with the so-called greenhouse effect, and in fact is almost exclusively controlled by solar, atmospheric pressure, and gravitational factors that are beyond man’s ability to control.” Nikolov said that his interest in climate research, which he conducted on his own time, started with Climategate: [9]

“As of 2012, ah ’11 I would say, I got involved — this was my own, out of curiosity, in the climate research. And the way my interest started was because of Climategate, ah, when those emails came out in 2009, I started reading about the correspondence that was placed on the web.

“And what I found… I was a very firm believer in the conventional greenhouse theory and everything as advertised. In fact, I used to argue with some of my colleagues that had some doubts, and they were not scientists but we had some heated arguments, and I would tell them that they are insane to think that thousands of scientists would be wrong and that the IPCC Intergovernmental Panel on Climate Change reports would be wrong. And I was a very strong defender of that.

“And then the Climategate emails came out and I saw that there was an obvious attempt to hide information, they were not forthcoming, and I got curious about the discrepancies that I started to realize that — at that time I didn’t know what about those at that time, 2010, but I started researching them because I was curious about the science, the physics. I didn’t care so much about the politics because politics is a subjective matter […]. “

The Coloradoan reported that Nikolov and Zeller had been pushing to promote the view that solar radiation and atmospheric pressure are to blame for global warming, not greenhouse gas emissions by humans. [5]

According to the paper, they went as far as to publish under pseudonyms because “they’ve had a hard time getting the scientific world to hear them out, let alone take them seriously.” [5]

Atmospheric scientist Scott Denning of Colorado State University said the model developed by Nikolov and Zeller was “too simple,” did not adequately take into account thermodynamics, and the larger issue of “leaping to the conclusion that there is no greenhouse effect based on the model,” the Coloradoan reported. [5]

Zeller and Nikolov argue that Denning did not properly understand their work, and challenge critics to find an error in their work: [5]

“After honestly reading the paper and taking the time to understand the terms, the data, the math and the gas physics, please document one significant error in the data, or the math, or the physics and allow us to explain it,” Zeller wrote. [5]

After being rejected, the two changed the spelling of their names. Karl Zeller took on the pseudonym Lark ReLlez while Ned Nikolov became Den Volokin. “We thought in order to give the reviewers an opportunity to only focus on the content of the paper and not be distracted by anything else, we have to hide our identities,” Nikolov said. [5]

Nikolov and Zeller told The Washington Post that their papers had been rejected after their work in 2011 had attracted attention in the climate change denial blogosphere. “Journal editors and reviewers would reject our manuscripts outright after Googling our names and reading the online discussion,” they said in a prepared statement. They had used fake names before, in a paper submitted to the journal SpringerPlus in 2015. [4]

While initially accepted, Nikolov claimed that it was later retracted because of their use of pseudonyms. NASA research Gavin A. Schmidt, who had alerted Retraction Watch to the paper’s withdrawal, tweeted:

Zeller and Nikolov published in the journal SpringerLink an article titled “On the average temperature of airless spherical bodies and the magnitude of Earth’s atmospheric thermal effect,” under the names “Den Volokin” and “Lark ReLlez.” [14]

A later erratum included a statement by the authors on their use of pseudonyms, claiming it was “necessary to guarantee a double-blind peer review of our manuscript”: [15]

See video Nikolov’s presentation below, as well as the accompanying PowerPoint presentation.

According to Retraction Watch, the notice doesn’t state the precise reason for withdrawal. Elsevier, which publishes Advances in Space Research, confirmed that the paper was withdrawn due to an “authorship issue”— that being, presumably, that the authors had used pseudonyms. [12]

The blog …and Then There’s Physics also commented on a following version of the retracted paper, writing that “we can be very confident that Nikolov and Zeller’s argument that planetary surface temperature is set by pressure alone is wrong.” [13]

Nikolov has co-published papers at the US Forest Service with Karl Zeller and others. View a larger list of publications on Nikolov’s CV.  [1]

Other notable papers include: