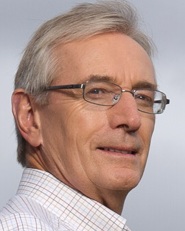 Nick Minchin is a former Australian government finance minister and Senator who in February 2014 was appointed to the influential diplomatic role of Australia’s Consul-General in New York.

Minchin has long been considered a power broker in Australia’s conservative Liberal Party. Minchin served almost 18 years as a Senator for South Australia, during which time he held several senior positions, including three years as Minister for Industry, Science and Resources and 18 months as Finance Minister.

In 2009, Minchin was credited as a key figure in overthrowing then party leader Malcolm Turnbull, an advocate for emissions trading, and replacing him with Tony Abbott, who became Australia’s Prime Minister in 2013 with a pledge to repeal carbon pricing laws.

Nick Minchin has said repeatedly that he is “not convinced” that human emissions of greenhouse gases can cause climate change. Minchin also says that carbon dioxide is “not a pollutant” and is “vital for life on Earth.”

I do remain optimistic that one day the world will realise that carbon dioxide is more of a friend than an enemy to the earth’s flora and fauna, and I do seriously believe that, given the extraordinary complexity of the natural forces controlling our climate, which have done so for millions of years, the only sensible policy response to the natural process of climate change is prudent and cost-effective adaptation.

The Australian Conservative website reported that free market think tank the Institute of Public Affairs had paid for the book to be sent to every Australian MP and Senator.

In a YouTube video of the launch in a Melbourne book store, Minchin told the audience:

I am flattered that Bob Carter should ask me to launch what I think is a significant new book on climate change. I have developed a very high regard for Bob in the years that I have known him. He has been a terrific and leading voice in combatting the scare mongering that we have all been subjected to on the theory of anthropogenic global warming.

Minchin also said the book should be “in every school, every university and every community library.”

It presents a really compelling case against the whole theory of anthropogenic global warming. From my point of view, it is a theory that has completely corrupted public policy making in most of the developed world. It confronts all the dubious claims that the warmists have put out there.

Minchin advised all his Liberal Party counterparts to read the book before they “spend billions” on a “direct action” policy to cut emissions. He also described a policy to increase the use of renewables in Australia as a “complete disaster.”

Minchin appeared in a primetime ABC television documentary I Can Change Your Mind About Climate alongside campaigner Anna Rose as the pair travel the world trying to change the other person’s view on climate change.

The concept of the show was to allow each participant to choose several people they thought would help convince the other about climate change and then film the meetings. Critics said the show created a false impression of genuine scientific debate about the causes of climate change. During the show, UK science writer Ben Goldacre told Rose that he would rather “slam my cock in a door” than debate climate change deniers.

Speaking about the show the following year, Minchin said:

Making the documentary was an extraordinary experience and it really hit home to me the quasi-religious nature of this anthropogenic global warming cause. These people really have found religion.

They all just assume we are all mad and we are in the pockets of the big polluters and it really is impossible to deal with these people on any rational basis at all. We are never going to see the Tim Flannery’s of the world apologise for their baseless scare mongering and their attempts to terrify everybody.

Minchin makes his valedictory speech in Australia’s Senate after 18 years in Parliament.  During the speech, Minchin ridicules the science of human-caused global warming and claimed civil servants working in the government’s Greenhouse Office were “zealots.”

I must say that when I first learned of the existence of the Australian Greenhouse Office, I assumed it was responsible for supplying tomatoes to the Parliament House kitchen. But, no, as I soon learnt as industry minister, it was in fact a government funded redoubt of veritable soldiers in a war against carbon dioxide. The zealotry and obsessive passion of these warriors in the battle against the apparent evils of carbon dioxide remains a curiosity to me. After fighting these people for three years as industry minister, I really did wish they would just go away and grow tomatoes.

Minchin said carbon dioxide was “misunderstood” and joked that he was thinking of forming a fan group for the gas.

I am quite surprised and rather disappointed by the loneliness, isolation and indeed demonisation the sadly misunder­stood CO2 is experiencing. Thus, upon leaving the parliament, I am contemplating the foundation of an organisation called ‘The Friends of Carbon Dioxide’. Membership will of course be open to all, including the plants whose very existence depends on CO2. I think this organisation’s slogan, ‘CO2 is not pollution’, self-selects. It has both accuracy and melody to commend it.

Minchin said he hoped that “one day the world will realise that carbon dioxide is more of a friend than an enemy to the earth’s flora and fauna”, adding that “the only sensible policy response to the natural process of climate change is prudent and cost-effective adaptation.”

Minchin exercised his power within Australia’s conservative Liberal Party to overthrow then Opposition leader Malcolm Turnbull. Minchin was opposed to the party’s support for an emissions trading scheme, which Turnbull supported.

… as we are being blunt, the fact is that Tony [Abbott] and the people who put him in his job do not want to do anything about climate change. They do not believe in human caused global warming. As Tony observed on one occasion “climate change is crap” or if you consider his mentor, Senator Minchin, the world is not warming, its cooling and the climate change issue is part of a vast left wing conspiracy to deindustrialise the world.

The eventual winner of the ballot – Tony Abbott – went on to become the Australian Prime Minister in 2013 on a campaign pledge to axe the country’s legislation which had put a price on greenhouse gas emissions.

Minchin speaks in the Australian Senate in opposition to proposed laws to put a price on greenhouse gas emissions, saying it was a “disgrace” to describe carbon dioxide as a “pollutant”. Minchin said:

Only the most cynical of governments could so distort science and the English language as to describe carbon dioxide as a pollutant. Whatever one’s view of the contribution human-induced emissions of CO2 make to the global climate, it really is a disgrace to describe CO2 as a pollutant. CO2, I remind the Senate, is a clear, odourless gas, vital to life on earth. But, of course, in order to try to get away with this massive restructuring of the Australian economy, the spinmeisters in the Rudd government decided that Australians had to be deliberately misled into believing CO2 is a pollutant. So parents like me are left having to explain to our children the essential role of CO2 in the life of our planet, and that it is completely wrong to describe CO2 as pollution.

Later in the speech, Minchin claimed there were “literally thousands of eminent and highly qualified scientists” who did not accept that “anthropogenic CO2 emissions are the main cause of global warming.”

Nick Minchin has no relevant publications on climate change in the peer-reviewed literature.