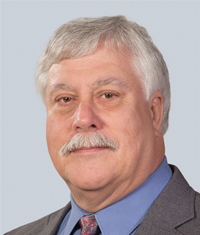 Bob Shoup is a Petroleum Geologist and consultant for the oil and gas industry. Shoup worked for Shell Oil for over eighteen years, and has discovered or helped to discover more than 100 million barrels equivalent (MMBeq) over his career. [2], [13]

According to his profile (.doc) in a speech he made to the Society of Petroleum Engineers (SPE) he worked as Senior Geologist consulting for PTT Exploration and Production (PTTEP) in Bangkok while managing his own consulting company. [4]

As of 2000, Shoup worked in Houston with Samson Offshore where he oversaw all Gulf of Mexico oil exploration. Most recently, he is a training and consulting manager at Subsurface Consultants & Associates for the Asia Pacific Region. He is also CEO of Clastic Reservoir Systems. He is also a member of the executive committee for the American Association of Petroleum Geologists (AAPG). [1], [14], [16]

During a talk at Houston Geological Society, Shoup declared: [17]

“Human kind does better when it’s warmer. Why on Earth would we spend billions of dollars to make it colder?”

In an article where Bob Shoup likened the IPCC to a criminal syndicate, he concluded: [19]

“The assertion that humans have caused global warming is fraudulent. It began under a mandate from the IPCC to find a human cause for climate change… .It is perpetuated by climate scientists who make a living playing virtual reality games. Together, this adds up to Grand Theft-Climate, and you are the victim.”

Shoup concluded in a study at the American Association of Petroleum Geologists titled “Science Under Attack”: [5]

“The hypothesis of Anthropogenic Global Warming does not yet meet the basic scientific standards of proof needed to be accepted as a viable hypothesis, much less as accepted fact.” [5]

“When one looks at the data, we can see that it has, in fact, been manipulated. At least the temperature station records maintained by NASA’s Goddard Institute of Space Studies (GISS). Sometime between 2008 and 2012, temperature records in NASA’s GISS data base have been altered to show up to 2o more warming has actually occurred […]”

“When a climate scientist calls me a denier, or a columnist from the New York Times or the Washington Post calls me a racist, I can wear the terms with pride. Not because I am a denier or a racist, but because I know that for those individuals, calling me a name is a sign of how desperate they are.” [7]

“Global warming was never about the science, it was about money and power. There are several different agendas in play; world governance and wealth redistribution, population control, and, of course, money.” [6]

In an article where he argued environmental groups are irrational for defending endangered species over California’s agricultural business, Shoup declared: [20]

“Based on their record, one could claim that Earth Justice and the NRDC [Natural Resources Defense Council] have more in common with Hamas and Hezbollah than they do with conservation groups. Hamas and Hezbollah hide behind a shield of women and children while seeking to destroy Israel. Earth Justice and the NRDC hide behind the shield of environmentalism while seeking to destroy the businesses and small-town America they seem to hold in contempt.”

Bob Shoup gave a talk at a Houston Geological Society event. His talk was titled “What are Global Temperatures Doing and Why are They Doing it?” [21]

Attended the Society of Petroleum Engineers (SPE) meeting where he presented on “The Science behind Global Warming” (.doc). [4]

The U.S. Senate Committee on Environment & Public Works quoted Shoup’s article, titled “Science Under Attack,” and said that it had “debunked global warming fears.” One version (PDF) of the Committee Report describes Shoup’s article as a “scientific study.” [8]

The Senate Committee describes the article as appearing in an “American Association of Petroleum Geologists Publication.” After extensive searching, no scientific studies titled “Science Under Attack” appear to have been written by Robert Shoup in that journal.

However, there does appear to be a newsletter section titled “Science Under Attack” written by Shoup for The Correlator—a small newsletter of the AAPG‘s Division of Professional Affairs (DPA). Shoup has been chair of publications for DPA as well as the editor of The Correlator. [9], [10]

The report itself appears to be unavailable. According to Shoup, “Due to the controversy surrounding Global Warming, The Correlator was moved to the Members Only Section of the AAPG Web Site.” [11]

“In recent decades global temperatures have risen. Yet, our planet has been far warmer and cooler than today many times in the geologic past, including the past 10,000 years.” [12]

Robert Shoup has not published any peer-reviewed articles on the subject of climate change. Shoup has conducted studies for the purposes of oil and gas exploration.

Shoup regularly publishes skeptical science articles at Canada Free Press. He is also editor of  the “Science Under Attack” section of The Correlator, a newsletter of the AAPG available only to members.

Shoup appears to have written several articles (paywalled at AAPG), almost all relating to petroleum exploration, with one on global warming: