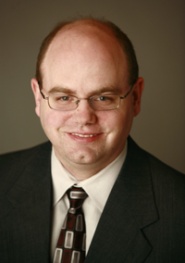 Robert P. Murphy is an economist. Apart from independent economic consulting, he is currently working with the Pacific Research Institute (PRI), and is also listed as an economist for a Houston, Texas-based think-tank called the Institute for Energy Research (IER). [2]

“Many economists favor some form of government penalty on CO2 emissions because of the threat of climate change. However, the steps in the argument—going from computer simulations to a specific, numerical tax on economic activity today—are riddled with uncertainties.” [3]

“Given the large uncertainties at each major step of the case for reliance on a carbon tax, economists should reconsider their current support for such a policy.” [3]

“I reject the peak oil theory insofar as it refers to technological limits on human ingenuity.” [4]

Robert P. Murphy was among dozens of the individuals and organizations profiled in DeSmog’s Disinformation Database who posted online or gave interviews about the events surrounding the Jan. 6, 2021 Capitol insurrection. Some posted claims of election fraud, similar to those that drove the Stop the Steal rally on Jan. 6. Some circulated dubious information about the insurrection itself. DeSmog has preserved a selection of notable posts related to the events of Jan. 6, 2021, including some that were later deleted or removed.

In a commentary for the Institute for Energy Research, Murphy rejected the conventional wisdom that approximately 97% of scientists support the notion of human-induced climate change. Referring to the study from which the percentage was calculated, Murphy suggested that the number only related to those scientists who mentioned the causes of climate change in their papers, and that they did not all believe that human activity was the primary driver of climate change. [16]

“Human activity that emits carbon dioxide,” he wrote, “will make the world warmer than it otherwise would be. That observation by itself does not mean there is a crisis nor does it justify a large carbon tax.” [16]

The Clear Energy Alliance released a video suggesting a recent article in The Guardian, which advocated for tree planting as one of the key solutions in combatting carbon emissions, was reasoning for why “the Green New Deal and other hairbrained ideas wasting tens of trillions of your dollars can be tossed into the trashcan.” [13], [14]

The Institute for Energy Research promoted the CEA video in its newsletter and produced commentary on its website, written by Robert P. Murphy, claiming “The good news about tree planting disrupts the familiar narrative about carbon taxes that even professional economists have been feeding the public for years” and that it somehow illustrates “the danger in the traditional approach of using taxes to fix alleged market failures.” [15]

Neither CEA nor IER mention that the study’s lead researcher, Tom Crowther at the Swiss university ETH Zürich, had emphasized the continued need to cut emissions in conjunction with any other plans to sequester carbon in newly planted trees. As The Guardian reported: “Crowther emphasised that it remains vital to reverse the current trends of rising greenhouse gas emissions from fossil fuel burning and forest destruction, and bring them down to zero.” [14]

The Institute for Energy Research (IER) published a commentary article by Murphy framing the proposed Green New Deal within the context of the perceived failures of the New Deal of the 1930’s. According to Murphy, a Green New Deal would lead to a dramatic uptick in unemployment while amounting to nothing more than a “power grab” by progressives: [12]

“Although it is of course cloaked in the mantle of peer-reviewed natural science, the Green New Deal is clearly a political program, designed to check every box on the progressive wish-list.” [12]

Murphy concludes by claiming that a Green New Deal would ultimately result in an economic recession, or worse:

“[…] the historical New Deal did not in fact work, but rather prolonged the Depression. When an economy is already on the ropes, the last thing it needs is for more resources to be allocated politically, or for more regulations to rain down from Washington.” [12]

Murphy was a speaker at the Heartland Institute‘s First International Conference on Climate Change (ICCC1) where he spoke on the “The Uneasy Case for Carbon Pricing.” [5]

According to a search of google scholar, Murphy has never published in a peer-reviewed journal on the subject of climate change. However, he still lists one of his “Fields of Specialization” as “Climate Change.” [1]

A full list of Murphy’s articles and “academic work” is available at his blog, Free Advice.