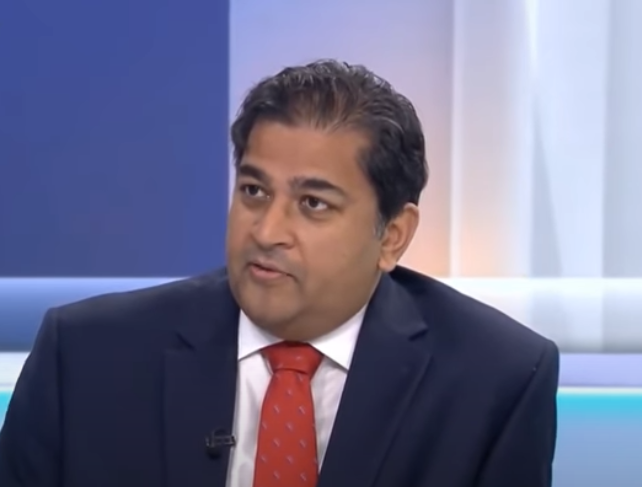 Shanker Singham is a former US lobbyist who became a prominent figure in UK politics after the 2016 EU referendum. [2], [3]

Singham has been described in the media as the “Brexiteers’ brain” for his close ties and “unparalleled access” to senior Eurosceptic politicians and ministers, including Boris Johnson, Michael Gove, Steve Baker, Liam Fox and David Davis. [4], [5]

Singham has worked for two thinktanks with close ties to a network of groups lobbying for a deregulatory, “hard” Brexit based in and around offices at 55 Tufton Street in Westminster. He is a Fellow of International Trade and Competition at the free-market Institute of Economic Affairs, having formerly been Director of its International Trade and Competition Unit. [6], [7]

Prior to starting at the IEA in March 2018, Singham was Director of Economic Policy and Prosperity Studies at the Legatum Institute. He also headed Legatum’s “Special Trade Commission”, which was set up in July 2016, to “present a roadmap” for post-Brexit trade talks. [4], [10], [11]

Legatum has been described by openDemocracy as “the Brexiteers’ favourite think tank” and was found to have breached Charity Commission rules with its Brexit work in 2018. Former Chief Executive of Vote Leave and the TaxPayers’ Alliance, Matthew Elliott, worked as a Legatum Senior Fellow in the year after the EU referendum. [12], [13], [14]

Singham was a member of an “expert committee” set up to advise former International Trade Secretary Liam Fox “on matters related to trade and investment” but was forced to resign due to a part-time role at PR and lobbying firm, Grayling. Other members included Ruth Lea, a Trustee of the GWPF, and Lord Lilley, a former Trustee. [15], [16]

As recently as 2015, Singham was listed as an “expert” on a now-deleted webpage of the US-based climate science denying campaign group the Heartland Institute. The website’s “Expert Search” contained “staff, managing editors, senior fellows, and policy advisors (unpaid volunteers) to The Heartland Institute, as well as persons affiliated with other think tanks who have agreed to be identified as topic area experts for Heartland.” [17]

Singham is Chair of the recently-established pro-Brexit-related news and commentary website, Global Vision. Despite sharing a name, the website has no formal association with the Eurosceptic campaign group directed by Ruth Lea and based at 55 Tufton Street. [8]

Singham does not appear to have publicly voiced his views on climate change.

“In the area of agriculture, the EU is embarked on a Dante like journey ever deeper into the hell of protectionism. Its rules are diverging ever more dramatically from sound science.  The PM recognised this when later in the speech, turning on critics of the US deal, he said: “But I must say to the America bashers in this country if there are any that in doing free trade deals we will be governed by science and not by mumbo-jumbo because the potential is enormous.” [18]

While with the Legatum Institute, Singham said in an interview with BBC Newsnight: [19]

“We should be an independent, sovereign nation from Day One of Brexit.

“…We also need to take control of our regulatory environment so it can be improved. At the same time, we can make bilateral deals with countries like the US. We can join with large regional groupings like the Trans-Pacific Partnership.” [19]

Shanker Singham was among panellists addressing a Conservative Party Conference fringe event, hosted by US right-wing think tank Heritage Foundation. He disputed that a post-Brexit free trade deal with the United States would have any significant consequences for environmental standards, despite evidence that US groups were using British affiliates to lobby the UK government to weaken existing animal and environmental protections.

He argued that “there seems to be this assumption that the US is going to demand that the UK will lower its labour and environmental standards, quite the reverse, quite the contrary. The US has stated in its negotiating objectives that the UK mustn’t do those things. So I don’t think there’s any risk of this from the US side. But the issue of red lines and what we need to do in order to get a deal is quite a mercantilist way of thinking about a trade agreement.” [37] [38]

Singham described a post-Brexit deal between the UK and the US as a “win-win”, dismissing concerns that the US would force the UK to accede to their demands. Singham added that agriculture was a “fundamental” issue for the US, declining to comment on the protection of UK farmers from US food imports. [36]

Singham was named a member of a newly-established Trade and Agriculture Commission in July 2020, advising International Trade Secretary Liz Truss on trade policies designed to maintain a “competitive” farming sector and high animal welfare and environmental standards. Singham’s affiliation with the IEA was originally disclosed by the government but was later removed from their press release. [9], [20]

The Department for International Trade declined to answer questions about the change when contacted, while the IEA said Singham and another affiliate of the thinktank, Sir Lockwood Smith, had not joined “in an IEA capacity”. [20]

Singham was reportedly the architect of a proposal for a Canada-style trade deal between the UK and EU, touted as an “alternative Brexit plan” by then Brexit Secretary David Davis. The plan was seen as a key part of the strategy adopted by MPs and policymakers who supported a hard Brexit and rejected then Prime Minister Theresa May’s compromise “Chequers plan”. A Canada-style deal would remove most tariffs to trade with the EU, which has dismissed the option as unlikely. [23], [24], [25]

Singham arranged for members of a US think tank in favour of reducing regulations around chlorinated chicken to meet UK politicians, according to an investigation by Greenpeace’s investigative unit Unearthed. [26], [27]

Unearthed obtained recordings of IEA Director General Mark Littlewood claiming Singham and his team were speaking with then Environment Secretary Michael Gove “every three or four days, along with David Davis, Boris Johnson and Liam Fox.” [28]

Unearthed found that Singham organised for Michael Carnuccio, CEO of the E Foundation, an Oklahoma-based think tank, to meet then Brexit minister Steve Baker and other members of European Research Group, an influential grouping of Eurosceptic Tory MPs previously led by Jacob Rees-Mogg. [27]

According to the investigation, Carnuccio compared Singham to George Clooney’s well-connected “fixer” character in the movie Michael Clayton: “Shanker is like that but for trade and economics and everything else, they all just seem to call him or want to talk to him to, like, figure out how to get things done.” [26]

The Department for International Trade was embroiled in a controversy involving Singham after openDemocracy revealed that he had begun advising PR and lobbying firm Grayling about Brexit, while simultaneously serving as a member of International Trade Secretary Liam Fox’s trade advisory team. [15], [29]

Singham said there was no conflict of interest but stepped down from his trade advisory role days later. DeSmog mapped the government departments and ministers he had met with since the Brexit vote. [30]

Singham visited the US to work on a post-Brexit trade deal with Matthew Elliott, former Chief Executive of Vote Leave, editor-at-large of Brexit Central and founder of 55 Tufton Street resident the TaxPayers’ Alliance. [31]

Singham left the Legatum Institute to head the International Trade and Competition Unit at the Institute of Economic Affairs. [32]

According to his profile at the IEA, Singham has “lectured, written and spoken extensively, including over one hundred articles and book chapters.” He has written regularly for UK conservative news outlets including The Telegraph and Conservative Home. [7]