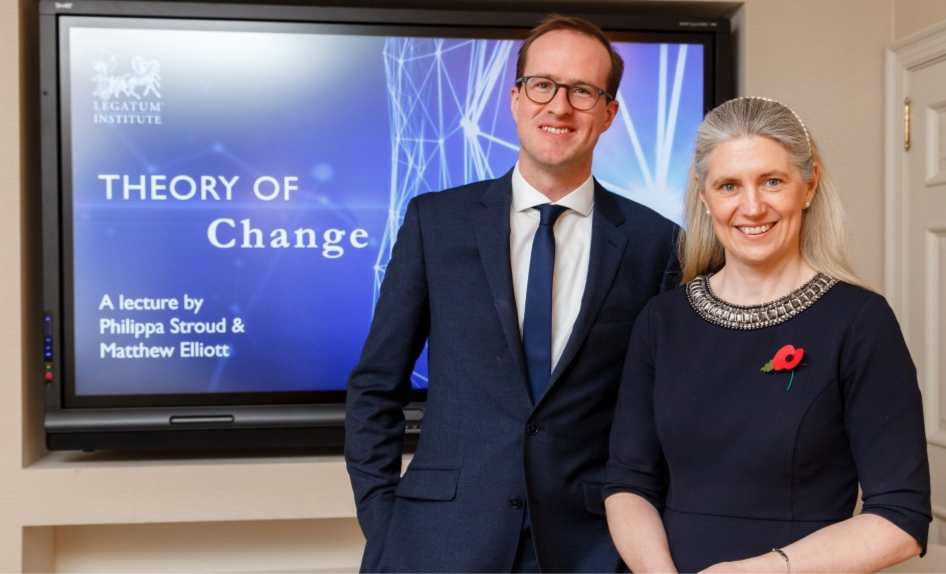 In late 2017, the UK‘s charity commission began an investigation into The Legatum Institute Foundation after being “made aware of some concerns reported in the media about the charity’s independence and received complaints that it was political and acting to promote the views of ‘pro-Brexiteers’.” With respect to a specific pro-Brexit report put out by the Legatum Institute’s “Special Trade Commission (STC),” the commission found LI had “crossed a clear line” with the publication, and that it was “not consistent with the requirements associated with the advancement of education for the public benefit.” [4]

The Legatum Institute is currently run by Baroness Philippa Stroud, a Conservative politician who vocally supports a hard Brexit. Baroness Stroud was appointed CEO in 2016. [5], [6], [3]

Also linked to the Legatum Institute is controversial lobbyist Shanker Singham, who worked there for a year before leaving for a role at 55 Tufton Street organisation Institute of Economic Affairs (IEA). Singham also has links to US-based climate science denial organisations. [8]

“Population growth—not capitalism—is the biggest cause of climate change, and the best way to save the planet is to give women more control over their own fertility.”

According to its website, “The Legatum Institute is part of a global community of organisations founded and supported by Legatum Foundation.” [10]

In December 2017, The Financial Times reported that most of the group’s income — £3.9m of a total of £4.3m — came from the Legatum Foundation Limited as well as an additional 40 donors who it does not disclose.

According to publicly available 990 tax forms, the Charles Koch Charitable Foundation gave the Legatum Institute a grant of $77,000 in 2018.

The Legatum Institute Foundation (Charity No. 1140719)

The Legatum Institute’s parent organisation, the Legatum Group, was announced as a leading investor in GB News, a new British television network chaired by Andrew Neil, chairman of The Spectator. GB News describes its intended audience as the “vast number of British people who feel underserved and unheard,” according to The Guardian. [19] [20]

DeSmog mapped the connections between the Legatum Institute and Shanker Singham, and how this provides privileged access to the UK government in order to push a hard Brexit. Singham’s links to climate science denial are also exposed, as Singham was at one point a policy expert for the US-based Heartland Institute, which has received at least $676,500 from ExxonMobil since 1998. [11]

Singham’s colleague at the Legatum Institute, Alden Abbott, also has ties to US climate science denial through authoring a report for the Heartland Institute, and his former position as Deputy Director of the Heritage Foundation‘s Edwin Meese III Center for Legal and Judicial Studies. [12], [13]

The Heritage Foundation sits at the heart of transatlantic network of lobbyists pushing climate science denial and for a hard Brexit, which DeSmog has previously mapped.[11]

Representatives from the Legatum Institute were present at “shadow trade talks” with other organisations known for spreading misinformation about Climate Change. The talks were hosted by IFT and intended to mobilise the groups to lobby the British government for their ideal US–UK post-Brexit trade deal. [14]

Environment Secretary Michael Gove met with the Legatum Institute. This continues the connections DeSmog UK has previously mapped between Brexit lobbyists and climate science denial/free market organisations, since Gove is on the advisory board for The New Culture Forum, one of the organisations of 55 Tufton Street. [11]

Along with Boris Johnson and Michael Hintze, who funds the UK’s premier climate science denial campaign group the Global Warming Policy Foundation (GWPF), Gove was a member of Liam Fox’s doomed transatlantic think tank, The Atlantic Bridge. The group formed a special partnership with another free-market lobby group, but the group was dissolved in September 2011 following a Charity Commission investigation that found it was engaged in overtly political work, which was against its rules. [15]

The Legatum Foundation, based in Dubai, describes itself as the “development arm” of the Legatum Group, “allocating capital at the bottom of the Prosperity Ladder to projects, people and ideas that create sustainable prosperity.” [16], [17]

The Legatum Institute website notes that “Our building is provided and our core costs are covered by the generosity of our founders, through the Legatum Foundation.” [18]

An “oversees company” entitled the Legatum Institute has also been listed at Companies House, with a shared UK address at 11 Charles Street. Notably, the group was terminated due to insolvency on June 2018. It is unclear its precise relationship with The Legatum Institute foundation.