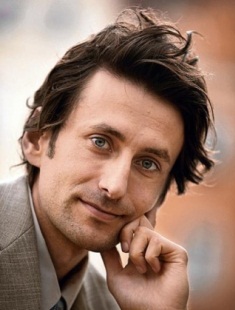 Tomasz Teluk is a policy analyst, political scientist and economist. He is the Founder and President of the Globalization Institute Foundation (Instytut Globalizacji) and is a fellow of the Centre for the New Europe in Brussels where he served as an economic analyst. He is a former fellow and economic analyst at the Adam Smith Center in Warsaw. He has also been a columnist at TechCentralStation.com.  [1], [2]

The Globalization Institute is a public policy institute and think tank “focused on the positive aspects of globalization: and established with the goal to “promote free-market ideas in society and to educate citizens about the benefits of voluntary cooperation and economic liberty.” [3]

“The greenhouse effect is a natural phenomenon. Because the Earth’s heat, rise to life. However, assigning blame for global warming is man abuse. The biggest greenhouse gas is water vapor coming from the evaporation of the oceans. Volcanic eruptions can throw as much CO2 into the atmosphere as the entire industrial age. ‘Human’ CO2 is only 0.25 percent. all emissions. So there is no logical connection between human activities and global warming.” [4]

In a post on his Blog titled “The Collapse of the Myth of Global Warming, Telusk wrote about the economic effects of climate change policies.

“'[G]lobal warming’ is a political and business scam […], at least in some areas. Firstly, recognize as experts associated with the energy market, it’s simply to replace older technology with new ones. The aim is to big corporations and monopolies energy, mainly from countries such as France and Germany to strengthen its position even in international markets. Secondly, it is a political process, associated with the integration of the left (from the Marxists, by environmentalists after social democracy). The ultimate goal is to build economic power by signing a global treaty to reduce greenhouse gas emissions, as planned in Copenhagen. It would be a de facto quasi-world government, deciding how much and what the country can produce.” [5]

In an interview with Anna Grabińska and Tomasz Dalecki published on the Blog Stowarzyszenia KoLiber, Telusk commented on the threat of the Greenhouse effect to Poland.

“The real tragedy would be global cooling. If repeated, the “little ice age” that is, a decrease in average temperatures of 2 degrees, we can not rule out [shrinking] the acreage of crops, increasing the cost of heating and the incidence of the disease. From the perspective of Polish greenhouse effect is beneficial from the point of view of agriculture, tourism and overall quality of life.” [6]

Published a book, roughly translated as Mythology of the Greenhouse Effect (Mitologia efektu cieplarnianego). The book was published by the Globalization Institute (of which Teluk is president), and sponsored by Rzeczpospolita, a largely conservative Polish daily newspaper. Teluk’s book also points to the largely-debunked Heidelberg Appeal, and Oregon Petitions — presumably as refutation for climate change. In his book, Teluk lists “advantages of CO2,” as well as several proclaimed “myths” about climate change. He describes why the “Socialist International Slogan” to combat global warming is based on “the falsification, manipulation, research and social engineering misleading the public,” and is supposedly a ploy to “destroy capitalism leftists, civilization industrial and the traditional family.” [7]

Since the publication of his book, Teluk has gone on to lecture at a number of locations including the “Akademii Niepoprawnej Politycznie działającej przy Instytucie Edukacji Społecznej i Religijnej im” or “Academy of politically incorrect working at the Institute of Social Education and Religious them” (according to Google Translation). In his lecture, Teluk contends that the issue of global warming has become a political tool to “control most of the population, resulting in the creation of a world government.” Video of his lecture is available here. [8], [9], [10]

The “Politically Incorrect Academy of Education” appears to be part of the “Institute of Social and Religious Them,” a Christian religious organization founded in 1999 in Krakow which describes itself as “a non-governmental organization of Catholic inspiration.”

Thomasz Teluk was a speaker (PDF) at the Eighth International Conference on Climate Change (ICCC-8)/Fifth International Conference on Climate and Energy (ICCE-5) sponsored by both the Heartland Institute and the European Institute for Climate and Energy (EIKE). Teluk’s speech is titled “Relying on Non-Renewables – The Case of Poland.” [12]

In an article published on Ekologia, Teluk wrote about economic policy’s effects on markets and competition. When discussing opposition to carbon dioxide, he said

“the fight against carbon dioxide, something that is essentially absurd. Whether or not you support the hypothesis of the anthropogenic greenhouse effect, it is important to acknowledge that the actions taken do not have a bearing on climate protection, but are a great business for pundit politicians, bureaucrats and companies selling new technologies.” [13]

Thomasz Teluk does not appear to have published any articles in peer-reviewed journals on any subjects related to climate science. He has however published a number of books, including: [11]