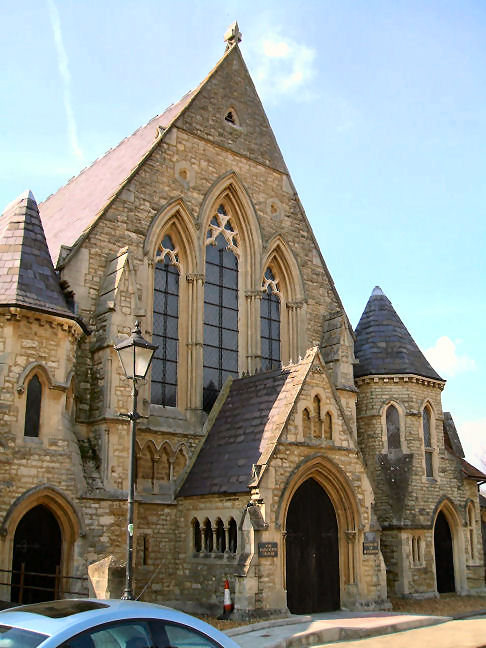 The University of Buckingham is the UK’s first private university. Founded in 1973, the university was closely linked to the late British Prime Minister Margaret Thatcher, the UK education secretary at the time. After retiring from politics, Thatcher was the university’s chancellor from 1992 until 1998. [1], [2]

Several of the IEA’s current members hold positions at the university, including IEA trustee and academic advisory council chair Martin Ricketts and IEA life vice president Lord Nigel Vinson. Ricketts is the university’s Professor of Economic Organisation and Dean of the School of Humanities and Vinson helped create the university’s Vinson Centre for the Study of Liberal Economics. IEA editorial and research fellow Len Shackleton is also a professor of economics at the university. [6], [7]

The university has a history of associating with climate science deniers, notably those linked to the UK’s Global Warming Policy Foundation (GWPF) founded by Lord Nigel Lawson. [8]

GWPF director Benny Peiser occasionally lectures at the university. The university has also awarded honorary degrees to Lawson as well as Conservative member of the House of Lords Matt Ridley who is also a Times columnist, coal mine owner and member of the GWPF. Former university vice-chancellor Terence Kealey also sits on the GWPF’s academic advisory council. [8]

Lord Vinson, tied to both the IEA and the University of Buckingham, was named as one the GWPF’s core funders in 2014. [9]

According to its website, “The University of Buckingham is independent of state funding, and the DJO project looks to private individuals, institutions, charities and the corporate world for support. [10]

Members of the Council

According to the University of Buckingham’s Financial Statements dated December 31, 2017, council members included: [11]

The Institute of Economic Affairs opened an education centre in collaboration with the university, to house a “Centre for Economics and Entrepreneurship,” dedicated to exploring the “ideas, arguments and issues associated with the idea of a ‘constitution of liberty’,” and facilitating research collaborations between the two institutions. [5]

The Vinson Centre was funded by a £5.5m grant in 2016 from the charitable foundation of Conservative peer and IEA vice president, Lord Nigel Vinson, who also funds the UK‘s main climate science denial group, the Global Warming Policy Foundation. [22], [23]

The formal opening was led by then Labour MP Frank Field, a Brexit supporter and former member of the Labour Leave campaign, along with Graham Stringer and Kate Hoey. [5], [24]

Students from the University of Buckingham spoke at an event in the Houses of Parliament organised by former environment secretary Owen Paterson’s UK2020 think tank. Paterson has long been a purveyor of climate disinformation, and UK2020 is a resident of the same office at 55 Tufton Street as the Global Warming Policy Foundation, as well as numerous right-wing organisations. [12], [13]

Lord Nigel Lawson, founder of the GWPF, spoke at an event celebrating the University’s 40th anniversary. [14]

“But now we have a new problem in the university sector, which is not the problem of government control – though that always needs to be watched – but the problem of the suppression of free speech,” he told the audience. “The problem comes from political correctness to some extent, which is the great blight of this age. A view is either politically correct or not, and if it is not, then it should not be heard.” [14]

When launching the inquiry, Kealy said: “Many people have found the extent of adjustments to the data surprising. While we believe that the 20th century warming is real, we are concerned by claims that the actual trend is different from – or less certain than – has been suggested.” [15]

The University of Buckingham appointed Dr John Constable, a known anti-windfarm campaigner, to set up a new energy institute at the university. However, the status of the institute is currently unknown and it’s unclear whether it is actually in operation. [8]

Constable is well-known for a 2013 report in which he argued that adopting renewable energy would see the population “begin to step back towards the condition of ‘laborious poverty’ [that is] characteristic of the pre-coal era”. The report was dismissed by government as “a manifesto for locking the British economy into excessive reliance on imported gas.” [8]

In February 2016, Constable joined the GWPF as an energy editor and policy advisor. [16]

Professor Tim Congdon stepped down as a candidate for the climate science denying UK Independence Party (UKIP) after being accused of “hypocrisy” for benefiting financially from having wind turbines on his land. [17]

A number of University of Buckingham professors are or have been members of the shadowy Mont Pelerin Society. Many of the members of the free-market campaign group have received money from infamous climate science denial supporters, the Koch brothers.  Professors Roger Fox, Tim Congdon and former vice-chancellor of the university Terence Kealey were listed as members on a document uncovered by DeSmogBlog.  Kealey has also authored numerous essays for US think tank the Cato Institute, which has a long history of spreading climate disinformation. [18], [19], [20]