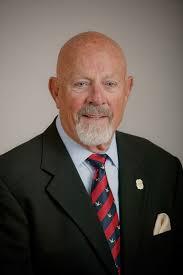 William A. Dunn is the founder of DUNN Capital Management, Inc., based in Stuart, Florida, which according to the company manages over $1 billion in investments. [2]

Before founding DUNN Capital Management in 1974, Dunn conducted research and system analysis studies for the Navy, Marine Corps, Coast Guard and the Department of Defense. He also held research and faculty positions at the University of California and Pomona College in 1965 and 1966 according to his profile at the Competitive Enterprise Institute (CEI). His company was one of the first to apply “strictly data-driven” computer analysis to investment, a technique “eliminating all subjectivity and emotion,” according to the fund’s website. [1], [2]

William Dunn and his wife, Rebecca, support a wide range of primarily libertarian organizations. Dunn has distributed millions of dollars to a range of free market think tanks and conservative organizations such as the Reason Foundation, Cato Institute, Competitive Enterprise Institute (CEI), Heartland Institute, American Enterprise Institute, Mackinac Center, and many others through Dunn’s Foundation for the Advancement of Right Thinking. Dunn has also served on the boards of many of those same organizations including the Reason Foundation, CEI, and the Cato Institute, often alongside representatives from Koch Industries or the Koch brothers themselves. [3]

In 2007, Dunn was listed as the single largest shareholder of Steven J. Milloy’s Free Enterprise Action Fund (FEAFund),” a mutual fund the New York Times wrote was set up to “lobby the companies in the portfolio whenever they think shareholders’ money is being wasted on social causes.” For example, in 2006 FEAFund pushed for General Electric to stop advocating for global warming regulations. The fund has since dissolved. [4], [5]

According to his profile at The Dunn Foundation, “As a classical liberal, Bill has dedicated his life to advancing his core belief in the principles of individual liberty, free enterprise, and limited government. ‘The need to limit government growth has never been more urgent,’ said Bill. ‘Until the government abides by the Constitution, our liberty will be at the mercy of politicians and government officials who have proven themselves unable or unwilling to restrain themselves.’” [6]

While Dunn himself does not appear to have an official statement on climate change, his foundation has consistently funded groups who denied the existence of man-made climate change. For example, The Heartland Institute, one of the most notorious deniers of climate change, has received at least $1,330,000 from the Dunn Foundation. Many other notable groups have received Dunn dollars, including the Reason Foundation, Cato Institute, Property and Environment Research Center and the National Center for Policy Analysis (see full funding list below). [7]

Dunn described himself as a “classical liberal or libertarian” at the Free State Project: [8]

“Over 40 years ago I became interested in learning about liberty, freedom, limited government and advancing a more civil (vs. political) society. About 20 years ago I figured out that I was pretty much a classical liberal or libertarian and began supporting and working with various organizations that shared my views and objectives.”[8]

In addition to his contributions through the Dunn Foundation, William A. Dunn has also contributed at least $234,600 of his own money to political groups according to data retrieved from the Federal Election Commission (FEC): [9]

ThinkProgress reported that William Dunn’s foundation was the second-largest funder of Project Veritas, a group that has received criticism for its “sting” operations. In November 2017, The Washington Post alleged that a woman working with Project Veritas had come to their offices claiming to have been the victim of statutory rape, and giving her stories to the paper. [10], [11]

“The Post did not publish an article based on her unsubstantiated account. When Post reporters confronted her with inconsistencies in her story and an Internet posting that raised doubts about her motivations, she insisted that she was not working with any organization that targets journalists,” The Washington Post wrote, also noting that Post reporters had seen her walking into the offices of Project Veritas. [11]

Project Veritas founder James O’Keefe was convicted of a misdemeanor in 2010 for using a false identity to gain access to a federal building during another such operation. [11]