“The reason the Environmental Defense Fund wanted this study done is precisely so that unassailable data, rather than mere estimates, could become part of the debate over fracking,” wrote Nocera. “You can’t have sound regulation without good data.”

Missing from Nocera’s praise: new findings by the Intergovernment Panel on Climate Change in their latest comprehensive review of the climate crisis.

IPCC revealed “over a 20-year time frame, methane has a global warming potential 86 [times the amount of] CO2, up from its previous estimate of 72 [times],” as explained by Climate Progress‘ Joe Romm.

In juxtaposition, Nocera dismissed DeSmog‘s criticisms of the study – one we referred to as “frackademia.”

Simplifying the crux of my 3,000-word DeSmog critique and the 800-word follow-up as “because the nine companies involved had both cooperated and helped pay for it,” Nocera then rhetorically asks “why a study that necessitated industry cooperation and money is inherently less valid than a study produced by scientists who are openly opposed to fracking was left unanswered.”

Nocera – a self-described fracking supporter – overlooked a key study published in early August by 19 researchers primarily from National Oceanic and Atmospheric Administration (NOAA) and the University of Colorado.

Key differences between the EDF-Austin study and the NOAA-Colorado study exist not only in the methodologies and the people and money behind the studies, but also in the accompanying results. 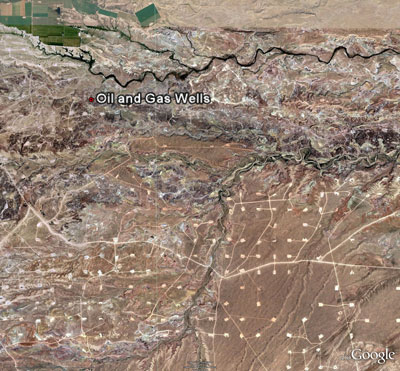 “The team determined that methane emissions from the oil and natural gas fields in Uintah County totaled about 55,000 kg (more than 120,000 lbs) an hour on the day of the flight,” a press release on the NOAA-University of Colorado study explained. “That emission rate is about 6 to 12 percent of the average hourly natural gas production in Uintah County during the month of February.”

When the NOAA-Colorado study was released, EDF called the results “alarmingly high.”

While the NOAA/University of Colorado study analyzed samples across an entire shale gas basin in Utah, the EDF/UT-Austin study honed in on well completion sites that the industry calls “green completions.” The U.S. Environmental Protection Agency will not mandate these completions until 2015, so they are not representative of the industry’s performance at the moment.

“In the past, a well’s initial production was typically vented or burned off to allow impurities to clear before the well was tied into a pipeline,” explained The Philidelphia Inquirer.

“Now, more operators are employing reduced-emission completions – a ‘green completion; – a process in which impurities such as sand, drilling debris, and fluids from hydraulic fracturing are filtered out and the gas is sold, not wasted.”

Thus, while important measurements, the EDF/UT-Austin study – hailed as “unprecedented measurements” in a UT-Austin press release – neglected to measure any of the “super emitters,” as Climate Progress‘ Joe Romm pointed out.

“The 0.42 percent is the average of a bunch of good actors but not necessarily representative of the real world,” explained NOAA‘s Colm Sweeney, one of the Unitah Basin study co-authors, in an interview with EnergyWire. “The super-emitters are lost in a study released this week by scientists at the University of Texas, Austin, and the Environmental Defense Fund.”

In Howarth’s original critiques of the study cited here on DeSmog, he echoed Sweeney.

“First, this study is based only on evaluation of sites and times chosen by industry,” wrote Howarth.

“The Environmental Defense Fund over the past year has repeatedly stated that only by working with industry could they and the Allen et al. team have access necessary to make their measurements. So this study must be viewed as a best-case scenario.”

Robert F. Kennedy Jr. – Chief Prosecuting Attorney for the Waterkeeper Alliance and a Senior Attorney for the Natural Resources Defense Council – sang a similar chorus about the study in a recent interview with National Public Radio’s “Stateimpact Pennsylvania.”

”[EDF/Austin] studied wells that were experimenting with new technologies that are not industry-wide and not required for the industry to see if they could reduce methane rates, and indeed the rates were lower,” Kennedy stated.

Unexplored by Nocera – and still unanswered by journalists and researchers: whether the people and money behind the EDF/UT-Austin study and Steering Committee pushed the study in a direction that would produce industry-friendly results.

DeSmogBlog has filed a FOIA request with UT-Austin to find out what type of industry influence existed for the EDF/UT-Austin study, requesting all communications between the industry-stacked Steering Committee and UT-Austin faculty and staff.

Yet, the biggest takeaway from the EDF/UT-Austin study – despite efforts by industry front groups and lobbyists to assert it as definitive – is that fracking is proceeding at breakneck speed regardless of the still unknown and daunting scope of all the threats that unconventional oil and gas drilling poses to human health, ecosystems and the climate.

Bottom Line: Too Many Unanswered Questions to Allow Reckless Fracking

DeSmogBlog stands by the concluding recommendations in our 2011 report “Fracking the Future,” and would like to know which aspects of this position are objectionable to Mr. Nocera and others who are promoting the EDF/Austin study:

As we concluded in our report, “uncertainties about the extent of methane emissions and leakage from drilling operations, storage tanks and pipelines carrying gas” remain a critical issue for scientists to assess. Without mandatory federal policy requiring industry disclosure of life-cycle methane leakage, we are all left in the dark about the true risks of the fracking boom.