'Climate Emergency': How Extinction Rebellion's Language of Urgency is Shaping the Political Agenda

After weeks of mass demonstration, Extinction Rebellion’s demand that the government “tell the truth by declaring a climate and ecological emergency” has moved from the streets of London to the corridors of power.

The Labour Party is now pressing the Conservative government to declare a national climate emergency in a show of how far Extinction Rebellion’s asks have infiltrated mainstream politics.

And in the last week, both the Scottish and Welsh governments have declared climate emergencies, following the lead of dozens of councils across the country, hoping to trigger “a wave of action” commensurate with a crisis.

However, there is no single definition of what a climate emergency implies in practice nor is there a consensus on how fast action should be taken.

While Extinction Rebellion demands the UK enact legally binding targets to reduce greenhouse gas emissions to net-zero by 2025, the Committee on Climate Change is expected to recommend the UK government legislate to reach the target by 2050 when it publishes its advice on the issue on Thursday.

The new language of climate urgency prompted by the recent wave of protests has brought about tough questions over how to reconcile the urgency of climate change with political action.

On the streets, the sense of urgency to act on climate change remains strong. A recent poll carried out by Opinium Research for Greenpeace found that 63 percent of respondents agreed that “we are facing a climate emergency.”

This language, inspired by activist Greta Thunberg, the school climate strikes and the Extinction Rebellion movement, may indicate a shift in public awareness, suggests Robin Webster, a senior engagement strategist at Climate Outreach, a charity specialising in climate communication.

Fear for the future and the sentiment of crisis have been effective in motivating thousands across the UK to take part in civil disobedience actions. For Webster, Thunberg’s analogy of the planet as a “house on fire”, which if left to burn will turn to ash, has “started to resonate as authentic with some people by pushing the issue into the present”.

Larch Maxey, a climate campaigner from Devon who was inspired by the Extinction Rebellion protests to stand as a Climate and Ecological Emergency Independents candidate at the upcoming European election, admitted that the messaging may appear “counterintuitive” and breaks a tradition in the climate movement to focus on the positive.

“There is an idea that if you start scaring people they will put their heads in the sand. But concerns are shifting. A climate emergency is an honest philosophy and allows people to start making informed decisions about what is needed to tackle this emergency,” he said.

“This is not about what is convenient but what is necessary.”

However, Webster argued that while Extinction Rebellion’s alarming imagery and messaging spoke powerfully to part of society, different communities may need to be addressed with a more nuanced message of fear and hope in order to engage. 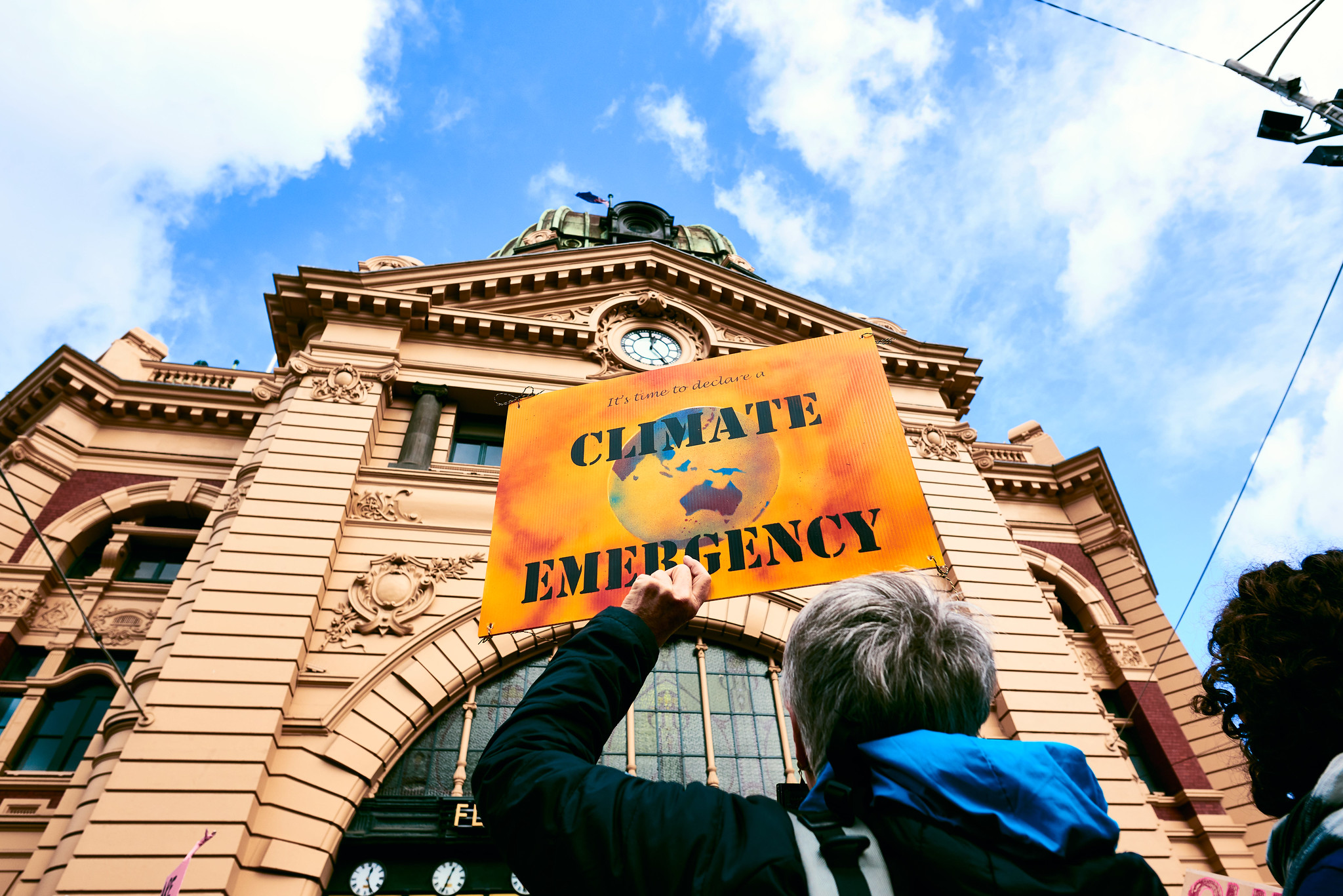 Energy Minister Claire Perry and Environment Secretary Michael Gove, who have both met and engaged with Extinction Rebellion, are among those who disagree with the group’s messaging strategy by refusing to declare a national climate emergency. Extinction Rebellion said that so far, its meetings with elected politicians have been disappointing.

Asked in Parliament whether she would prompt Theresa May to declare an emergency, Perry said she “[didn’t] know what that would entail” and that while it is “the easiest thing in the world for a politician to stand-up and say I’m going to do this” she argued that only setting legally binding legislation would “hold every successive government’s feet to the fire”.

However, if a climate emergency declaration is unlikely to have any immediate legal ramifications, it could see the adoption of policies with legal force further down the line.

For ClientEarth climate accountability lawyer, Sam Hunter Jones, the poor attendance of the climate debate in the House of Commons earlier this year contrasted with the thousands of schoolchildren who went on strike the same week. He said this highlighted the need for Parliament to declare an emergency and “increase the scale” of the UK action through “strong climate law and policy”.

Some environmentalists, including Adam McGibbon, a fossil fuel divestment campaigner, have expressed concern that declaring a climate emergency could become “tokenistic” and “meaningless” if it is not accompanied by immediate and strong action.

In Scotland, McGibbon argued the declaration of a climate emergency could not go hand-in-hand with the welcoming of new fossil fuels extraction in the North Sea. And in Wales, it contradicts government plans for a new motorway through an area of natural wetlands, he added.

“Declaring a climate emergency without taking action is like saying the house is burning down, but not putting out the fire,” he said.

For Webster, of Climate Outreach, people are able to cope with the emergency declaration “if it is paired with a sense of hope and action is available for people to express their negative emotions”.

At a political level, Webster argued it would be “irresponsible” for politicians to make this strong statement and fail to act, which she said could be “really disempowering for people who can be overwhelmed with negativity without the potency of action”.

While there is a general drive for science to inform the UK’s decarbonisation policy, the debate about how far, how fast, remains.

Leaks of the Committee on Climate Change’s latest official advice to the government suggest that it will recommend a new climate target of achieving net-zero greenhouse gas emissions without using international offsets mechanisms by 2050, with Scotland able to target net-zero by 2045.

The term “net-zero” is shorthand for the need to reduce carbon dioxide and other greenhouse gases to zero. This can be through using negative emissions technologies that not only capture emissions but can also offset more than the amount emitted through natural climate solutions such as tree planting.

In a major report published last year, scientists from the Intergovernmental Panel on Climate Change warned that the global economy would need to go net-zero by 2050 to limit global warming to 1.5C and prevent runaway climate change.

The government is expected to back the Committee on Climate Change’s recommendation with new legislation that could make the UK the second country after Sweden to fix a net-zero emission target.

However, Extinction Rebellion’s language of climate emergency has brought about discussions of how realistic it is for these targets to be met earlier.

During a briefing about the report in Westminster last week, Principal of consultancy Vivid Economics Alex Kazaglis said that moving to net-zero before 2050 would mean “shifting the balance from a market-led incentives for behaviour change to regulatory behaviour change”. That was “a legitimate but difficult discussion,” he said.

Visions for a managed but transformative path to net-zero by 2050 are now being measured alongside calls from Extinction Rebellion in the UK and the Sunrise Movement in the US for an overhaul of society to achieve net-zero by 2030.

While Extinction Rebellion is calling for a citizens’ assembly to lead government decisions on climate policy, the Sunrise Movement is demanding a sweeping federal government programme, known as a Green New Deal, to decarbonise the US economy.

These competing visions of how to prevent the worst impacts of climate change have suddenly turned the issue into a hot political topic.