The UK has recently committed to breaking even on the greenhouse gas emissions generated by its economy. This means that for every tonne of carbon dioxide released, a tonne will be captured or locked away elsewhere. It’s a nifty concept, known as ‘net zero’, but it relies on accurately, honestly, counting emissions. And already, countries are undertaking what teenage climate activist Greta Thunberg has called “creative carbon accounting” to balance their books.

Nowhere is this more apparent than in the biomass industry. It burns waste or wood to generate energy, much like coal. Biomass also emits carbon-dioxide and other greenhouse gases —again, much like coal.

Unlike coal, however, biomass emissions are being kept off the carbon dioxide balance sheet for most nations, in a way that campaigners allege is dishonest.

‘Wood is not a low carbon source of energy’

In January 2018, 800 academic researchers and scientists, including John Beddington, former Chief Scientist to the UK Government, wrote to the European Commission to urge them not to list forest biomass as a ‘sustainable’ fuel, predicting that this will cause global deforestation and pollute at a higher rate than coal.

Their letter pointed out: “Burning wood is inefficient and therefore emits far more carbon than burning fossil fuels for each kilowatt hour of electricity produced”

The scientists’ warnings also rested on a long-lens view on the history of biomass. They wrote: “By 1850, the use of wood for bioenergy helped drive the near deforestation of western Europe even when Europeans consumed far less energy than they do today.”

“Although coal helped to save the forests of Europe, the solution to replacing coal is not to go back to burning forests, but instead to replace fossil fuels with low carbon sources, such as solar and wind.” Wood, their letter asserted, is not a low carbon source of energy. 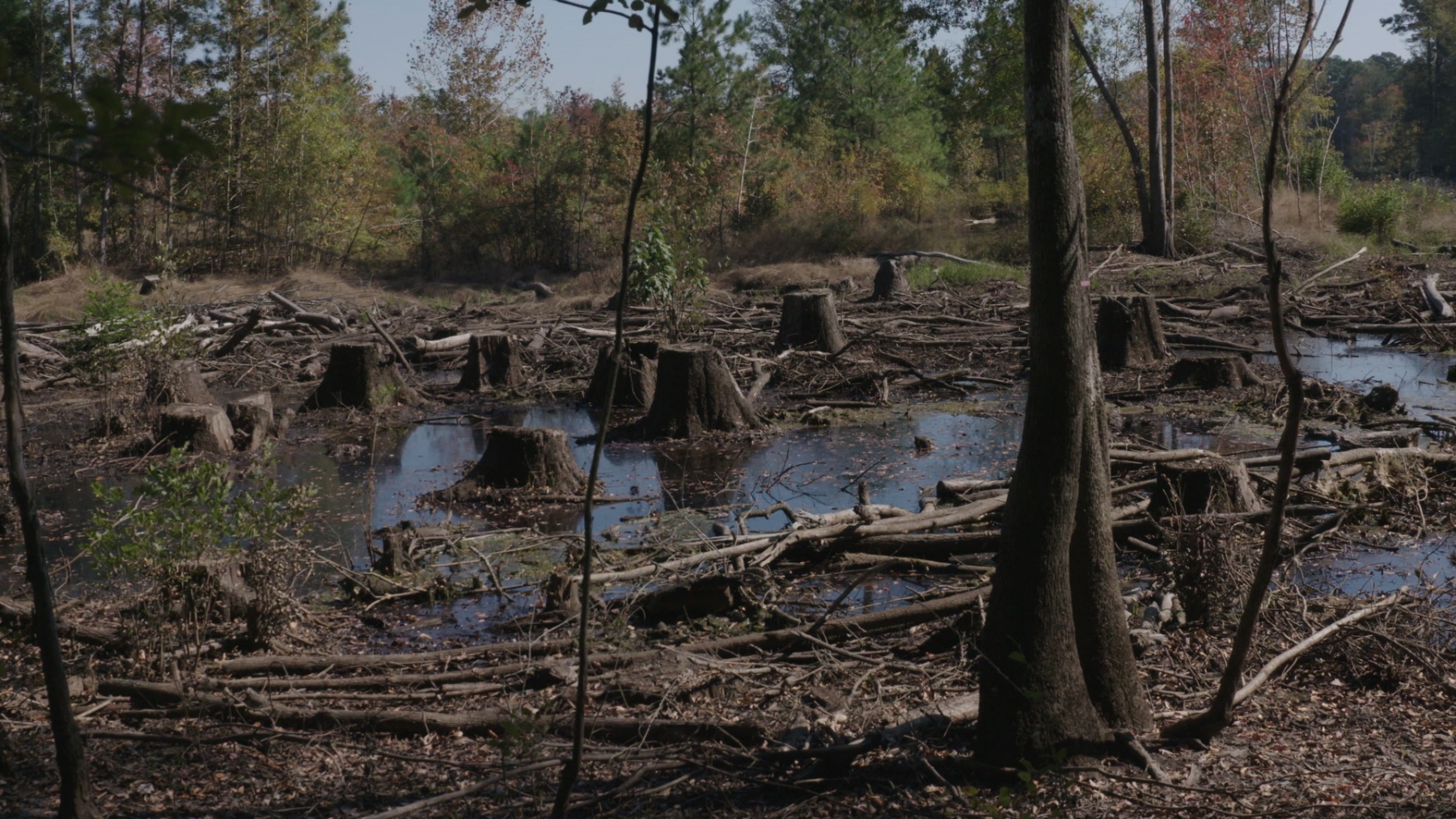 Despite this large-scale protest from highly credible scientists, forest biomass is, today, listed as a sustainable fuel under EU law. DeSmog asked the European Union Biomass Industry Association how this can be so.

An EUBIA spokesperson answered: “Biomass collected from sustainable controlled and certified management practices is a sustainable material. Of course we need to avoid unmonitored exploitation of forests.”

EUBIA says that subsidies, or incentives, “should go to the creation of small-scale supply chains, established in small areas in order to foster the sustainable management of local small scale forests, which in many cases are still not managed.”

However, if the biomass industry can be sustainable, experts have challenged the suggestion that burning biomass at scale will be environmentally friendly or good for the planet.

This year, several groups of forest conservationists dotted across Europe, and in the US, have mounted a legal challenge to the EU’s second ‘Renewable Energy Directive’ (RED II), which promotes the use of forest biomass as a “carbon neutral” fuel.

Their lawsuit, represented by Leigh Day, documents combustion of natural carbon sinks — including in Europe — that local conservationists find heartbreaking. Cases cited include the illegal harvesting, at vast scale, of ancient Romanian forests by organised crime, the destruction of forested religious sites in Estonia, of peat-lands in Ireland, and of forests in North Carolina.

The plaintiffs argue: “The treatment of forest biomass as low or zero–carbon renewable energy… has and will continue to increase harvesting pressure on forests in Europe and North America to meet the growing demand for woody biomass fuel in the EU.” 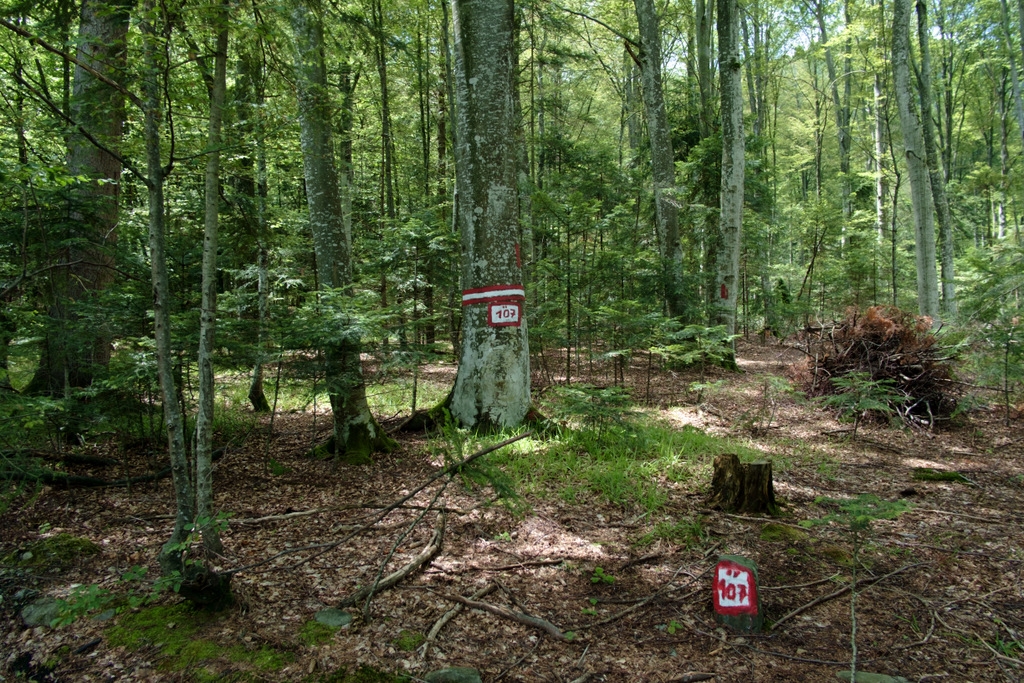 Some of the plaintiffs are from Slovakia, where the burning of forest biomass was finally banned at the start of this year, thanks in part to the WOLF Forest Protection Movement, a Slovakian NGO, documenting widespread deforestation.

However, the scale of incentive for organised crime remains apparent as WOLF says the combustion and logging of forests is still taking place in Slovakia for at least two biomass plants that their campaigners are aware of.

WOLF took documentary evidence of the alleged crimes and Slovak police are investigating the claims. The activists hope that Slovakia’s newly sworn-in President, Zuzana Caputova, a human rights lawyer who campaigned against corruption, will help to crack down on illegal logging in the country.

One of the experts who has helped to inform WOLF and other NGOs’ court action against the EU’s use of forest biomass is Dr Mary Booth, a carbon accounting expert who directs the Partnership for Policy Integrity (PFPI), which is mostly located in the US.

Booth told DeSmog her “bottom line” on biomass is that “it is extremely hard, if not impossible” for an industry that is cutting down whole trees to ‘reduce’ greenhouse gas emissions “in a timeframe that is relevant to addressing the climate crisis.”

Her home State of Massachusetts is, Booth says, a world-leader in measuring carbon dioxide from biomass, based on what was dubbed the “Manomet Study”, which discovered precisely how long it takes for a growing tree to offset or absorb carbon dioxide produced when a tree is burned.

She adds: “This takes into account the fact that wood-burning power plants emit more carbon dioxide per megawatt-hour than fossil fuels.”

“Cutting and burning the trees not only liquidates standing carbon stocks, but also removes the possibility of those trees continuing to grow and continuing to take carbon dioxide out of the atmosphere.”

The Manomet Study led the State of Massachusetts to base its greenhouse gas models on a 20-year timeframe, measuring how much tree growth could replace trees harvested over two decades.

Booth says MA’s 20-year time-frame for offsetting carbon emissions now looks “much too long”, in light of the urgency of climate change. Nonetheless, the State’s governors are now trying to creep the carbon accounting timeframe up to 30 years, a move that PFPI strongly opposes.

Booth is concerned that biomass’ popularity as a potential climate solution is gathering pace across the world and in the UK.

Leeds West MP Rachel Reeves, Chair of the Business Energy and Industrial Strategy Committee, asked in a recent Parliamentary hearing: “What sort of things can you do to take carbon out of the atmosphere?”

“BECCS”, came the answer. This means biomass, with ‘carbon capture and storage’.

Baroness Worthington, Executive Director of the Environmental Defense Fund, explained to the committee’s MPs: “The Intergovernmental Panel on Climate Change relies heavily on something called BECCS which is biomass, with carbon capture and storage, which is essentially using biomass, combusting it, capturing the carbon dioxide and drawing it down.”

However, the experts who pioneered the use of BECCS — Bio-Energy with Carbon Capture and Storage, never envisaged this being rolled out at scale, As Carbon Brief reported in 2016, scientist David Keith, who promoted BECCS within the EU, felt that “large scale use of cropped biomass for energy” would not benefit the world.

Booth, in her turn, looks critically at combusting industries’ potentially optimistic belief that they can eventually store more carbon dioxide than they release: “BECCS is extremely energy intensive” she says. “You have to build a huge infrastructure to move carbon dioxide around. Carbon capture and storage in the past was used for oil recovery, pumping carbon dioxide down into oil wells, pushing up the oil.”

For ‘carbon negative’ electricity, she said, “then you need to make sure that you are storing more carbon dioxide than you are expending to do the process. I think that is highly unrealistic.”

More than half of the UK’s and EU’s renewable energy comes from wood, claimed a presentation this May at Glasgow’s All-Energy Conference by biomass company ReHeat, who are promoting the use of woody fuels in the UK.

Drax, once one of the UK’s largest coal power generators, also presented at the conference, promoting their plan to expand the use of biomass in the UK. Drax’s presentation claimed that 12 percent of UK renewable energy is delivered by their biomass plants. They have converted four of their coal burners to burn wood, and are now researching Carbon Capture and Storage technology to produce what they claim will be ‘carbon negative” electricity from wood.

Research by the NGO BiofuelWatch suggests that Drax power plants in the UK are operating on somewhere near £1 billion in subsidies. BiofuelsWatch researcher Almuth Ernstring, told DeSmog: “Drax received £789.2 million in renewable electricity subsidies in 2018. But, none of the subsidies are linked to BECCS.”

Campaigners attribute great significance to these subsidies to explain how quickly the wood pellet industry has grown. Drax is now “importing millions of tons of American trees to the UK to burn as pellets,” Booth observes. “The pellet industry didn’t even exist in 2008. This is an industry that has grown exponentially over the last 10 or 12 years due to the very lucrative subsidies”. 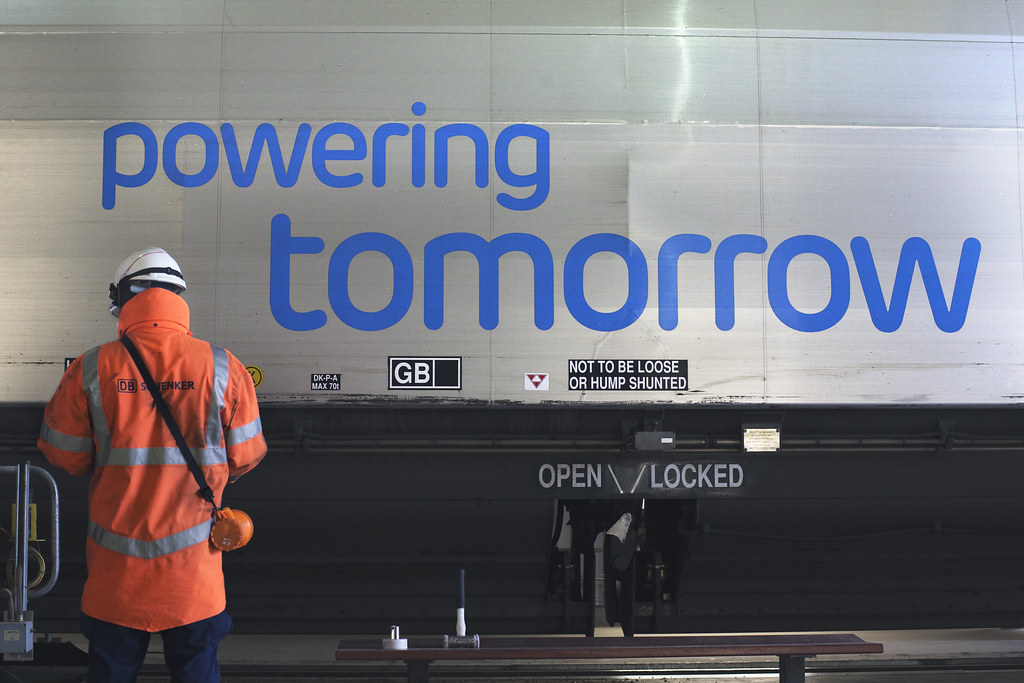 A Drax spokesperson, meanwhile, claims that the company is “capturing” one tonne of carbon dioxide per day. The next step, they say, is storing it, to prevent it being released into the atmosphere.

Currently, Drax is either pumping it back into industrial processes before ultimately releasing it into the atmosphere, or trying to sell it to pubs to add fizz to their beer. This is significant, as there is a big difference between sequestering or storing the emissions and re-using them, which ultimately means they are released into the atmosphere, as BiofuelsWatch’ and other campaigners have pointed out.

Meanwhile, Drax’s annual report for 2018 declared a plan to make biomass power viable “without subsidy”: “We will do this by using a greater proportion of the very cheapest wood residues,” it said. Drax expects this to come from a sawmill plant near La Salle, in Louisiana.

“If you are using a tree then you are not grabbing new carbon dioxide each year, you are taking 40 years or 150 years of stored carbon dioxide,” she said.

Debate over biomass remains at an impasse.

The biomass industry, and many independent Government advisers, have claimed this year that carbon capture and storage technology is vital to global efforts to keep warming within the Paris Agreement target of two degrees – pointing to authoritative reports by the Committee on Climate Change and Intergovernmental Panel on Climate Change to bolster its claims.

But expert campaigners like Booth maintain what seems obvious: “You are not achieving negative emissions, below zero, if you are burning trees.”

Climate scientist Michael Mann, famed for his ‘hockey-stick’ graph of global temperatures, is a veteran observer of the competing narratives around climate change, which he has described as a battle of  ”good vs. evil”. He told DeSmog: “capture and storage is a bit of a distraction from the hard but necessary task of de-carbonizing our economy.”

Mann does not, however, rule out a role for carbon capture and storage, as long as it is not allowed to dominate the field: “There is no magic bullet there—we need to consider all potential carbon-free energy technologies.”

Mann’s personal view, though, is that “we have the solution right in front of us: Wind, solar, geothermal.”