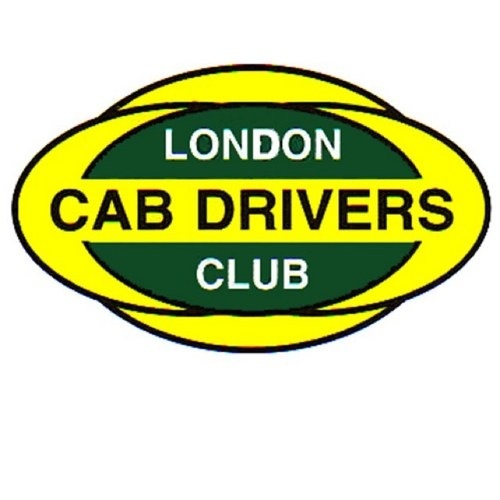 The London Cab Drivers Club (LCDC) represents licensed taxi drivers and works to ensure its “members’ future within the Licensed London Taxi Trade by taking every step that is necessary to protect [their] livelihoods”, according to its website.

The LCDC has claimed to support the Mayor of London’s efforts to reduce air pollution but has criticised many of the measures designed to fulfil this goal and defended modern diesel taxis as a solution. It has also opposed schemes that restrict taxis’ access to certain roads and a planned charge on taxis serving Heathrow Airport as a means of improving air quality in the area.

The LCDC has been fiercely critical of the ride-hailing appy Uber, having repeatedly called for its licence to be revoked in London. In 2015, it met with then Business Secretary Sajid Javid to discuss its concerns.

It publishes a monthly magazine for the taxi trade called The Badge.

In response to a 2015 consultation on London’s Ultra Low Emission Zone (ULEZ), the LCDC said it “totally supports the Mayor’s aims of reducing pollution and emissions in London, making our city a safer and more pleasant place to live and work in”.

However, it said the plans were “unfair, unreasonable, disproportionate and certainly unaffordable” in their present form.

It argued that a proposal to reduce the 15-year age limit on London taxis to 10, designed to speed up the adoption of cleaner vehicles, would cost the trade £200m by damaging the resale value of second-hand taxis.

Elsewhere the group has said this would be “the beginning of the end of the yellow badge sector taxi drivers” who are “reliant on buying their taxis from the Green Badge drivers”, whose earnings are generally higher. Green Badge taxis are licensed to pick passengers up anywhere in London while drivers with a yellow badge specialise in local suburban areas.

In its consultation response, the LCDC also objected to banning new Euro 6 diesel taxis, but not the equivalent for coaches, vans and HGVs, claiming they represented “a major shift down in terms of NOx emissions, making diesel emissions equivalent to petrol engines”. It argued that Transport for London should “encourage sales of Euro 6 diesel engine taxis” as the “fastest, most practical way” to reduce both NOx and CO2 emissions.

It criticised the lack of available zero emissions capable (ZEC) taxis at the time, which it said put the taxi trade at “severe risk”. It recommended that the goal of 50g/km average CO2 emissions for new taxis should only be introduced once enough compliant vehicles were being manufactured.

The LCDC also opposes a planned charge on taxis accessing Heathrow Airport in an attempt to reduce air pollution levels. It has worked with fellow taxi groups the LTDA and UCG, as well as the RMT and Unite unions, to fight the plans as part of the “Heathrow Trade Group”.

The LCDC has also criticised plans to restrict taxis’ access to certain highly polluted streets, arguing that this would impact vulnerable communities and the disabled. The Chairman of the LCDC Grant Davis defended black cabs as the “only way disabled people can get from door to door in London”.

The group has also criticised the Mayor of London’s broader transport strategy for “excluding” taxis from its ambition for 80 percent of journeys to be made by walking, cycling or public transport by 2041.

In September 2020, Davis spoke at a protest outside City Hall against efforts by Mayor of London Sadiq Khan to improve cycling infrastructure and restrict vehicle access in parts of the capital.

Davis wrote in The Badge magazine in 2019: “unfortunately for us, I believe the legacy that this Mayor wants to be known for is the one of cleaning up London’s air quality, at any cost. Whilst that has its merits, the fact that he has thrown the cab trade to the wolves over our so-called emission levels, is quite frankly a disgrace.”

The LCDC questioned the value of the “Car Free Day” initiative in London, with its Chairman writing: “Whilst we all want cleaner air (especially us who sit in it all day long) one has to ask oneself just how relevant this is to solving the problem?)”

Elsewhere, the LCDC has blamed the rise in private hire vehicles such as Uber for London’s pollution and congestion problems. It has also claimed cycling infrastructure worsens congestion by removing traffic lanes and traffic restriction schemes do the same by preventing vehicles from flowing through central London freely.

The LCDC is solely focused on London.