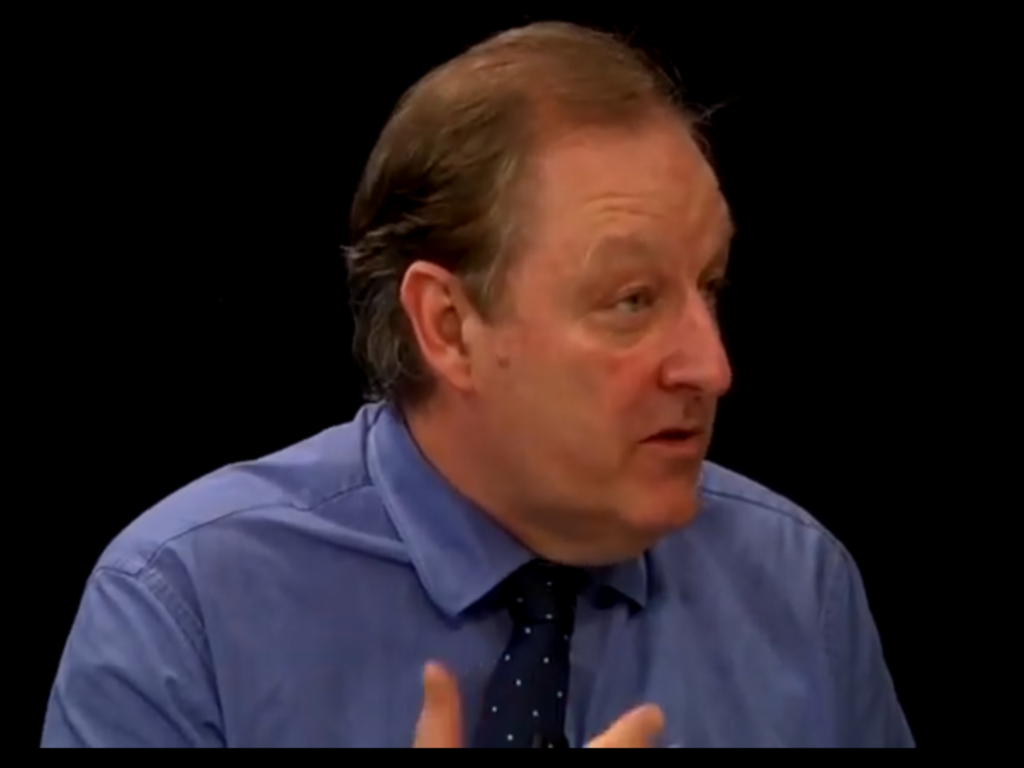 Howard Cox is co-founder and PR advisor of Kent-based pressure group Fair Fuel UK. Launched in 2011, the organisation campaigns to reduce charges on petrol and diesel vehicles, most notably fuel duty. On Fair Fuel’s website, Cox and co-founder Quentin Willson claim to have “saved drivers over £110bn in planned tax hikes in duty and VAT through constructive and objective campaigning”.2Fair Fuel UK. Archived October 12, 2020. Archive URL: https://archive.vn/X7Ski Willson cut ties with Fair Fuel UK in September 2021, accusing it of spreading “old urban myths” about electric vehicles and saying he was “unhappy with the direction the lobby group was going and their lack of environmental sensibilities”.

Fair Fuel is funded by industry groups Logistics UK and the Road Haulage Association, both listed as “founding backers” on its website. The group claims on its homepage to represent “The real independent and not for profit voice in Westminster for 37m UK drivers, who want clean air too, but want this accomplished without being demonised, blamed and continually treated as easy cash cows”.3Fair Fuel UK. Archived October 12, 2020. Archive URL: https://archive.vn/X7Ski

Cox’s Linkedin states that he won the CIPR (Chartered Institute for Public Relations) Public Affairs award in 2012. His profile also states he was “highly instrumental in getting the independent Ann Barnes elected against all political odds as the first Police and Crime Commissioner for Kent”.6“Howard Cox” LinkedIn. Accessed October 12, 2020. Archive.today URL: https://archive.vn/UKG93

Cox also serves on the editorial board of Heavy Torque, a magazine focusing on issues concerning the heavy and abnormal transport sector.9“Editorial Board”, HeavyTorque,  Archived October 12, 2020. Archive URL: https://archive.vn/uChoF

“I am now even more convinced man is not responsible for global warming”.

Responding to BBC coverage of teenage climate activist Greta Thunberg’s visit to Bristol for a “Youth Strike 4 Climate” event, Cox tweeted:12“@BBCNews worshipping at the altar of @GretaThunberg – no balance in their reporting just ‘she is an inspiration’.She is indeed impressive, she’s backed by £000000’s but please can we hear both sides of the #ClimateChange argument.” Tweet by @HowardCCox, February 28, 2020. Retrieved from twitter.com. Archive URL: https://archive.vn/6YYBp

“@BBCNews worshipping at the altar of @GretaThunberg – no balance in their reporting just ‘she is an inspiration’. She is indeed impressive, she’s backed by £000000’s but please can we hear both sides of the #ClimateChange argument.”

“No way will we ever see this on @BBCNews or @SkyNews – 1200 experts sign ‘There is no climate emergency’ declaration. Bloody well done Julia @JuliaHB1 with Andrew Montford on @TalkTV with @NetZeroWatch telling the truth not the usual emotive claptrap”.

Before appearing on GB News to speak on a panel about electric cars, Cox tweeted that calling electric cars “the future” is:16“I’m on @GBNEWS tonight 11pm with @Nanaakua1 re ‘Are electric cars really the future?’ A controversial virtual signalling mindset we are being forced into, that will cost UK £trillions. There’s better less costly ways to lower emissions w/o Govt’s ill-informed 2030 fossil fuel”. Tweet by @HowardCCox, July 17, 2021. Retrieved from twitter.com. Archive URL: https://archive.ph/Oo18H

“A controversial virtual [sic] signalling mindset we are being forced into, that will cost UK £trillions. There’s better less costly ways to lower emissions w/o Govt’s ill-informed 2030 fossil fuel ban”.

Cox criticised reports that Conservative ministers were pushing for an earlier ban on the sale of new petrol and diesel cars, from 2035 to 2030. He tweeted:17Jillian Ambrose. “UK plans to bring forward ban on fossil fuel vehicles to 2030,” The Guardian, September 21, 2020. Archived October 6, 2020. Archive URL: https://archive.vn/odpDW

“Who are the 100 Tory MPs said to be urging a ban of petrol/diesel car sales be brought forward to 2030? These ill-informed MPs do not represent the majority of their constituents & they were not elected on this dishonest pledge. @fairfueluk will fight this betrayal.”

“a regressive tax that impacts low income drivers and small businesses more than any other tax”, stating that increasing fuel duty would be “madness”.

“‘Lycra-clad Boris is happy to hand out a £2 billion present to cyclists, yet steers away from monitoring the chronic fleecing of hard-pressed demonised motorists every time they fill up”.

“The political worship at the altar of Greta Thunberg has become an embarrassment, with the Government making uncosted decisions regarding the future of our road transport.”

In response to a consultation about the extension of the Ultra Low Emission Zone (ULEZ) scheme in London, almost 5,000 responses were thrown out after it was discovered they were “so-called ‘copy and paste’ email responses opposed to the ULEZ extension – organised by the pro-motorist Fair Fuel campaign group”.

The BBC reported that when the copy-pasted responses from Fair Fuel UK supporters and a survey by YouGov were factored into the tally, the percentage of respondents opposed to the ULEZ extension reduced from 67 percent to 59 percent.21Tim Donovan. “London ULEZ: Mayor’s officials accused of manipulating plans,” BBC News, January 17, 2023. Archived January 24, 2023. Archive URL: https://archive.ph/7y2pd

Speaking to the Telegraph about the exclusion of Fair Fuel responses to the consultation, Howard Cox, head of Fair Fuel UK, claimed that “excluding his group’s votes ‘is not only contemptible, but also possibly unlawful’”, and that London mayor Sadiq Khan “must be subject to an immediate independent public enquiry as to his immoral behaviour in the way he has implemented the Ulez expansion.”22Oliver Gill. “Sadiq Khan accused of manipulating Ulez poll after excluding thousands of votes,” the Telegraph, January 16, 2023. Archived January 23, 2023. Archive URL: https://archive.ph/9vq0d

Cox continued: “He deceitfully and consciously excluded 5,000 supporters of FairFuelUK, and their legitimate responses to the Ulez consultation because they objected.”

Cox also appeared on TalkTV to speak to host Julia Hartley-Brewer about the consultation.23“London mayor Sadiq Khan is accused of manipulating ULEZ information after a consultation showed most respondents opposed the scheme. FairFuelUK founder Howard Cox calls on Keir Starmer “to suspend him from the Labour party” for “contemptible” behaviour.,” tweet from user @TalkTV, January 17, 2023. Archived February 3, 2023. Archive URL: https://archive.ph/8IpKr 24“Today I have written to @Keir_Starmer politely requesting he suspend @SadiqKhan from the @UKLabour Party. A proud party should not have a member flouting democracy and unlawfully manipulating a public consultation process to suit his personal political agenda @Councillorsuzie,” tweet from user @HowardCCox, January 17, 2023. Retrieved from twitter.com. Archived February 3, 2023. Archive URL: https://archive.ph/I45k5

In an op-ed written in The Sun, Cox argued that the government should drop its 2030 deadline to ban the sale of new diesel- and petrol-powered cars, which he referred to as a requirement that “all new vehicles sold in the UK must be electric”.25Howard Cox. “Electric vehicles are the Betamax of transport – govt should scrap the all-electric deadline to avoid economic disaster,” The Sun, January 4, 2023. Archived January 5, 2023. Archive URL: https://archive.ph/clsNx

Cox wrote that 2023 may be the “last year” to “scrap the crazy decision to bully Britain into a battery-fuelled vehicle cataclysm”, and claimed that “manufacturing a ‘pure’ battery-powered vehicle creates more CO2 than an equivalent fossil-fuelled car”.

DeSmog revealed that Cox is the director of Ultimum, which markets a “fuel catalyst” it claims can slash emissions from petrol and diesel vehicles. Cox failed to declare the role in a report he contributed to for the APPG for Fair Fuel for UK Motorists and Hauliers, which promoted “fuel catalysts” as an alternative to the government’s 2030 petrol and diesel ban.

Cox denied that there was a conflict of interest and told DeSmog that he was motivated to find “practical ways” for drivers to cut emissions from their petrol and diesel vehicles, and that he believed fossil-fuelled vehicles “have a future if made cleaner”.

The APPG is chaired by Craig Mackinlay MP, who is also the chair of the Net Zero Scrutiny Group.

DeSmog reported that Cox had admitted to using a loaded question in a survey – later reported on by The Sun – that supposedly showed public opposition to the government’s plans to phase out petrol and diesel cars. The survey also contained leading questions on both government policy and climate science.

In an online discussion in January, hosted by climate science denial group CAR26, Cox said: “We’ve just done a survey, and we got 41,000 responses in 48 hours. And we said, ‘Are you getting accurate, reliable and objective information to believe the case for the government’s 2050 net zero aspirations that would definitely impact on your standard of living?’”

The survey was produced in collaboration with the Alliance of British Drivers (ABD) and the Motorcycle Action Group (MAG) and without involvement by any professional polling organisation.

“Do not screw the commercial and social heartbeat of our economy to mollify the environmental lobby to pay off your post pandemic debt. The UK needs to recover big and fast, using incentives, not more punitive knee jerk draconian taxes.”

“The Prime Minister’s Lycra-clad amoebic [sic] advisors are out of touch with economic reality and majority opinion.”

“Forcing no choice but to drive hard-pressed drivers out of their vehicles through such costly virtue signalling is contemptible and regressive.”

“Get economy motoring with a cut in VAT and fuel duty. Put money back into all our pockets,” adding:

“The lockdown decline in fuel duty revenue is temporary, stimulating growth is permanent.”

“The influence of the PM’s green tinged virtue signalling is rumoured to be clouding his economic judgement”.

“A 2p increase in levy will not save the planet but will damage our post-Brexit economy. Disguising any tax increase as a benefit to the environment will be both dishonest and indefensible.”

“there’s a huge amount of batteries… the cost of making those batteries is actually environmentally damaging, and when the car goes away, what do you do with those batteries?”

Objecting to the Government’s plans to tackle air pollution, Cox told The Sun: 33Steve Hawkes. “One in three Tory-voting drivers ‘could switch parties over plan for Toxin Tax on diesels without scrappage scheme’,” The Sun, May 7, 2017. Archived September 21, 2020.  Archive URL: https://archive.vn/l89ZW

In an interview with Tip TV,  which describes itself as “a daily finance show, created for financial traders and investors,” Cox argued that:34“Interview with Fair Fuel UK”, YouTube video uploaded by user Tip TV Finance on January 8, 2015. Archived .mp4 on file at DeSmog.

“the 32 million motorists have been, for too long, a cash cow for the Treasury”.

He went on to argue:

“They’re not always the bad guys, the oil companies… the government takes the most, they sit back there and every time, they say – and they’re a bit disingenuous in this respect – the oil companies should pass on the price to the consumers quickly, and they’re sitting back taking 72 percent of everything in our petrol tanks and diesel tanks.”