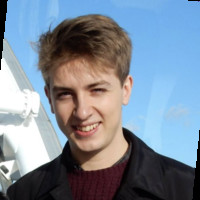 Harry Wilkinson is Head of Policy at the Global Warming Policy Forum, campaign wing of the Global Warming Policy Foundation (GWPF), a UK think tank found by climate change denier Nigel Lawson with the purpose of combating what the foundation describes as “extremely damaging and harmful policies” that set out to mitigate climate change. Wilkinson was previously a researcher at the Forum. [20], [2], [3]

The GWPF created the Forum in 2014, following an investigation by the UK Charity Commission when “concerns were raised with the commission that the charity was promoting views that were of a political rather than an educational nature.” The investigation resulted in the Forum’s creation, which acts as a “campaigning body” operating outside of charitable restrictions. [4]

Wilkinson has privileged access to parliament through being listed as an aide to GWPF founder Nigel Lawson in the House of Lords. [5]

He is a regular contributor to the right-wing Conservative Woman blog. [18]

Taking issue with the BBC‘s coverage on climate change, Wilkinson wrote an article for The Conservative Woman criticising what he described as “alarmist” coverage: [6]

“That global warming can be somehow ‘irreversible’ is pure propaganda; the climate has always been changing and it always will. […] A temperature rise of more than two degrees is not inherently dangerous either,” Wilkinson claimed.

Wilkinson was invited to speak on talkRADIO where he claimed: [23]

“A lot of these extreme weather events are actually not analysed rationally but are instead blown up as something that almost the climate is collapsing around us and that we’re in this very imminent crisis.” [23]

“They have low confidence in any trends in drought globally; flooding the same low confidence, if anything flooding might be getting less likely than before; wildfire – there’s now less fire in the global landscape than before.” [23]

On the potential of 4 to 5 degrees warming, Wilkinson said: [23]

“That’s not the case, that’s if emissions increase continually to 2100, but nobody thinks that is likely anymore. It’s actually looking like emissions will peak maybe even in the 2020’s, so they’re going to peak much much earlier than was earlier suggested, so that means we’re on track for a lower amount of warming.” [23]

He also said he was “not so pessimistic about what climate change might do to us” and described a David Attenborough video he watched as “a pure piece of propaganda.” [23]

In an article on foreign aid for The Conservative Woman, Wilkinson wrote: [16]

“Making humanitarian objectives conditional on reducing carbon dioxide is the apotheosis of an establishment group-think that has abandoned reason in favour of hysteria.” [16]

“The cruel absurdity of global efforts to reduce emissions is sadly invisible to most politicians, who characterise any opposition to this objective as a form of denialism. In doing so they are denying the suffering of the many victims of climate policy, who desperately need a voice,”  Wilkinson wrote in an article for The Conservative Woman. [8]

Wilkinson wrote that an announcement that Britain would burn more waste than it recycles was reason to “celebrate”: [9]

“There is no reason to be alarmed. Indeed, this is a day we should look forward to celebrating,” Wilkinson wrote at The Conservative Woman, discussing a recent Daily Mail story. “Incineration may be an environmental non-problem, but the alternative, the recycling of waste, is anything but. “

“Everyone knows that renewable power is inherently unreliable, or as engineers put it: ‘intermittent’. Nonetheless, there is a plan in place to become ever more reliant on these technologies for our electricity supply.”

“Real world evidence demonstrates that improving economic outcomes will have a far greater benefit than any from attempted temperature reductions,” Wilkinson wrote in an article at The Conservative Woman. [10]

“Opposition from local groups and green NGOs is proving to be a significant barrier to further development. Much of this opposition is fuelled by misinformation campaigns, which repeat discredited claims about the hydraulic fracturing process. These campaigns have even been linked to Russia, where lower gas and oil prices are having a big impact.”

Wilkinson, representing CFACT, attended the twenty-sixth session of the Conference of the Parties (COP26) in Glasgow, Scotland. According to Peter Murphy, one of CFACT’s other representatives shown in the official provisional list of registered participants (PLOP), CFACT activists handed out copies of Marc Morano‘s Climate Hustle 2 film during the event. [29], [30]

“CFACT got to ask the only question permitted by NGOs. I stepped forward and asked them to comment about scientific findings which show that increased carbon emissions actually boost crop yields, which have led to record harvests for feeding the world. This would mean that CO2 isn’t just a ‘problem,’ but a benefit to helping feed the world. The panelists were having none of it — with one of them saying that any impact from CO2 has only a’negative’ effects, particularly on Africa, the region he represented.

Wilkinson wrote an article for The Conservative Woman which cited a report by former Physics professor Dr. Ralph B Alexander, written for the Global Warming Policy Foundation, disputing that extreme weather events in 2020 had worsened due to climate change. According to the report: “Careful examination of the actual data reveals that if there is any trend in weather extremes, it is downward rather than upward.” [27] [28]

Wilkinson’s article claimed that “Climate chaos, it turns out, is all right, and certainly no worse than whatever the climate was before it earned this dramatic new moniker,” criticising “our bereft political and media establishment, which refuses to cast a critical eye over climate change claims”.

Wilkinson wrote an article for FreeMarketConservatives, a blog describing itself as dedicated to “free markets, free speech, free people,” which asserted that “green extremists” aimed to exploit the COVID-19 pandemic to extend the ‘precautionary principle,’ effectively eliminating risk from society. He stated: “The growing band of eco-fundamentalists are not invested in developing a rational response to climate change because they are far more interested in spreading fear.” [26]

Wilkinson also disputed the effectiveness of decarbonising the economy, stating: “Net Zero is looking more and more like the worst possible kind of insurance policy. We are planning to cripple our own economy in the pursuit of steep emissions reductions, all in the (hopefully unfounded) expectation that developing countries will do the same.”

“make no mistake, climate assemblies are not balanced forums for open debate, but an elaborate ploy by politicians desperate to shift responsibility for policies they know will be costly and damaging. Radical green groups have quickly capitalised on this opportunity to give a false democratic legitimacy to their backward-looking neo-luddite agenda.” [25]

In an article for the website Free Market Conservatives titled “Conservatives need to start being rational about climate change,” Wilkinson argued that “radical attempts to decarbonise the economy threaten to affect almost every aspect of our lives, and yet there are almost no questioning voices in Parliament”. [24]

Wilkinson criticised what he called the “green religion”, electric vehicles, and the decarbonisation of heat, claiming the benefits of net-zero “do not exist” and arguing that “the right thing to do is to abandon the target and have the courage to explain why”. [24]

Wilkinson appeared on a TalkRadio show hosted by Julia Hartley-Brewer, criticising schoolchildren taking part in “climate strikes”. He said: “They’re only ever fed negative pieces of information, and their actual knowledge about the extent of the risks posed by climate change is very, very limited.” He went on to claim: “There are all sorts of positive trends – we have global forest cover that’s now higher than it was in 1982. We’ve got the fact that there’s no global trends in droughts, according to the IPCC. The IPCC also says that they can’t distinguish the sign of the trends in flooding at a global level.” [19]

Wilkinson wrote an article entitled “This immoral policy to put green energy before the world’s poorest people” for the right-wing blog, The Conservative Woman. The article criticises Theresa May’s announcement that Britain’s aid budget is to be spent “in a way that contributes to the transition to the global low-carbon economy”, which Wilkinson says will support the “trillion-dollar worldwide ‘green’ energy racket” at the expense of the world’s poorest. [16]

Wilkinson wrote an article for the Conservative Woman about the news that the BBC had upheld a complaint from the GWPF regarding a statement made by Lord Deben, chair of the Committee on Climate Change. Deben had claimed in an interview on the Today programme that the government was not allowing communities to build onshore wind farms even if they wanted them. Onshore wind projects had in fact been prevented from competing for energy contracts with the government following the 2015 Conservative victory, leading to what many have described as an effective ban. [22]

Wilkinson wrote an article for the Conservative Woman about the GWPF‘s annual lecture, given in 2018 by prominent climate science denier Richard Lindzen, a retired Professor of Meteorology at the Massachusetts Institute of Technology and Distinguished Senior Fellow at the libertarian Cato Institute. Wilkinson said that Lindzen’s lecture provided a “much-needed antidote to the latest climate change clap-trap from the IPCC”. [21]

Wilkinson published a blog post on The Conservative Woman attacking the Committee on Climate Change (CCC) and describing it as “the cult of anti-CO2” and a “bonkers committee” following an interview of the committee’s chairman John Gummer on the BBC Radio 4 Today programme. [12]

He wrote: “The CCC is an organisation that has a set conclusion and finds the ‘evidence’ to back it up. In doing so it has the backing of most of the British establishment, who always seem to benefit from the subsidies and policies it advocates.” [12]

Wilkinson claimed that Gummer was wrong to describe onshore wind as the cheapest form of energy generation and that China was not required to reduce its emissions under the Paris Agreement. [12]

Analysis by the Energy and Climate Intelligence Unit previously found that 1GW of new onshore wind would cost £30bn a year less than 1GW of offshore wind and £100m less than new nuclear or biomass energy — making it the cheapest available form of new electricity generation. [13]

China ratified the Paris Agreement in September 2016 and has so far pledged to lower CO2 emissions per unit of GDP by 65 percent below 2005 levels by 2030. The targets are due to be reviewed before the end of the year. [14]

Wilkinson made the comments a day after the CCC chair Lord Deben, the government’s official climate change adviser, warned that politicians and policymakers are failing to rise to the challenge of a rapidly warming planet and will be judged harshly by future generations unless they act now. [15]

Wilkinson wrote a ‘note’ for the GWPF on the State of UK Shale Developments in which he criticises local opposition groups and NGOs for “misinformation campaigns, which repeat discredited claims about the hydraulic fracturing process.” [11]