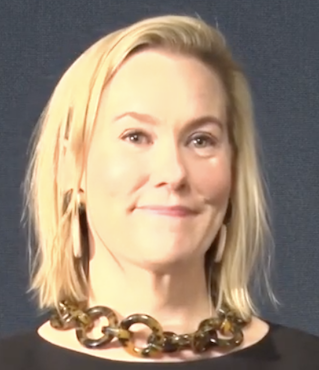 Idsal previously worked as the administrator for EPA‘s Region 6, which includes Texas, and also as the general counsel for the Texas Commission on Environmental Quality (TCEQ). Before joining the EPA, Idsal was chief clerk in the Texas General Land Office [2]

Idsal is from a prominent Texas GOP family. Anne Armstrong, her grandmother, became the first female ambassador to the United Kingdom in 1976 under President Gerald Ford, serving for one year until the election of President Carter. Her mother, Katharine Armstrong, is a major Republican donor.

Idsal has spent most of her career in the public sector, including working as a legal assistant for the U.S. Senate Judiciary Committee, and as an intern in federal and Texas Supreme Court. She started working at TCEQ in 2010 and moved to the Texas General Land Office in 2013. [5]

Idsal expressed doubt on humanity’s role in climate change, in an interview with the Texas Observer. [6]

She said there is “still a lot of ongoing science” on climate change and the “climate has been changing since the dawn of time, well before humans ever inhabited the Earth.”

“I think it’s possible that humans have some type of impact on climate change,” she said. “I just don’t know the extent of that.”

As part of former EPA Administrator Scott Pruitt’s plan to speed the cleanup of Superfund sites across the U.S., Idsal commented on the proposed development of housing on a formerly-contaminated lot: [7]

“We are hopeful to see construction begin at some point this spring,” she said. “We have double and triple checked through soil samplings and water samplings that the site is clean. We will continue to do groundwater monitoring.”

Local activists were reportedly concerned lead contamination in the lot still lingered, despite the EPA‘s push to move forward within the project.

As reported in an EPA press release, Anne Idsal would assume the responsibilities of the Acting Assistant Administrator following the departure of Bill Wehrum from that position. [8]

In that role, Idsal would be responsible for advancing the agenda previously brought in by Wehrum including the recent replacement of the Clean Power Plan with the “Affordable Clean Energy” rule, which would loosen regulations on emitters of air pollution and carbon dioxide like coal power plants. [9]

E&E News‘s Greenwire reported as of July 1 that President Trump had yet to pick a permanent replacement for Wehrum, so Idsal could remain in the role for weeks or months. Some of the regulatory actions Idsal would be dealing with in the meantime includes the current administration’s rollback of Obama-era level fuel economy standards and emissions controls for vehicles, changes to the New Source Review program that would apply to power companies’ applications for upgrades and expansions and changes to the Obama era mercury and air toxics standards for power plants. [10]

As reported later at Grist, Idsal signed the Trump Ethics Pledge, and disclosed her potential financial conflicts of interest as part of her starting her role in the Trump Administration. In the original document, Idsal discloses she would receive “passive income” from her involvement in the family business, Idsal Family Properties Management, and so agreed not to participate in matters that would have a “a direct and predictable financial effect” on the company. [9]

In addition, she would be disqualified from participating in matters involving the Valley Crossing Pipeline, for which she has “an interest in a pipeline easement.” [11]

Idsal spoke at the Alliance Oil & Gas Symposium in Wichita Falls, Texas, “engaging the energy sector in discussions about the environment,” according to a tweet by EPA Region 6. [12]

Idsal spoke on an EarthX panel on “EarthxResponsible Oil & Gas.” According to the press release, that panel “explores the initiatives and technologies allowing oil and gas companies to be sustainable stewards in their global operations.” [13]

Shortly after she began working as regional advisor for EPA Region 6, encompassing Texas, Oklahoma, Arkansas, Louisiana, New Mexico, and 66 tribal nations, Idsal expressed uncertainty about climate change. According to the Texas Observer, which interviewed her on her 2nd day on the job, Idsal echoed a number of then-EPA-administrator Scott Pruitt‘s positions on climate. [6]

Idsal does not appear to be actively writing articles, editorials, or other news pieces.