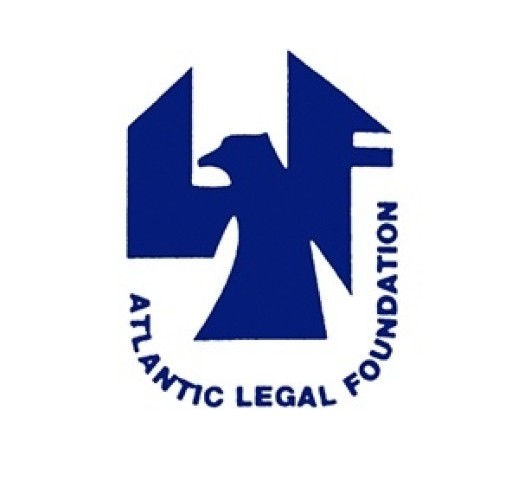 The Atlantic Legal Foundation (ALF) is a non-profit law firm established in 1977 with the mission of “advocating limited and efficient government, free enterprise, individual liberty, school choice and sound science.” [1]

While ALF acknowledges that climate change is a real issue, the organization has opposed the EPA in court on topics such as the clean water act and the regulation of automobiles’ CO2 emissions. [2], [25], [6]

Among the organization’s more prominent members is A. Alan Moghissi. According to an article at PR Watch, Moghissi characterizes environmentalism as a belief that “members of endangered species deserve protection and that, because there are billions of humans, humanity does not qualify for protection.” [27]

Moghissi also supports, or is a member of, organizations that question the existence of man-made climate change, including the Center for the Study of Carbon Dioxide and Global Change and the Committee for a Constructive Tomorrow. [28]

Rodney W. Nichols is another prominent ALF member with a history of questioning the existence of man-made climate change. Nichols is affiliated with various organizations that promote climate science contrarianism, such as the CO2 Coalition and the Manhattan Institute for Policy Research. [29]

“The war on fossil fuels isn’t based on science but on unreliable climate models. Rather than trying to correct the models, Team Obama is trying to ‘dispute the science’ by trying to manufacture scary warming trends.”

In an Amicus Brief filed on October 25, 2006, the ALF expressed the following in a footnote: “There is no doubt that CO2 levels in the atmosphere have risen faster than at any time in history and there is little doubt that the average world temperature has been increasing, probably as a consequence.” [2]

The following totals are based on original research of public 990 tax forms by DeSmog, combined with archived data from the Conservative Transparency project summarizing ALF‘s funding from 1985 onwards. Note that not all individual funding values have been verified by DeSmog. [7]

According to ExxonSecrets, ALF has also received funding from large corporations such as ASARCO, ARCO Chemical Co, Chevron, DuPont, Pfizer, and Texaco.  [4]

The ALF filed an amicus brief on behalf of a couple that purchased property in Connecticut who were mired in legal battles with the Army Corps Engineers over the portion of their land that is considered publicly-owned wetlands. The amicus brief was summarized on the ALF‘s site: [25]

“Our brief highlights and puts a human face on the barriers and frustrations faced by landowners whose property is deemed to contain jurisdictional wetlands by either the Army Corps of Engineers or the EPA.” [25]

The ALF filed extensive comments in which it critiqued the Environmental Protection Agency’s proposed rule titled “Waters of the United States Under the Clean Water Act, 79 Fed. Reg. 22188, et seq.”

The ALF included the following summary of its comments on its website: [26]

“The issue of federal wetlands jurisdiction is controversial because it enables two federal agencies, EPA and the Corps, which have concurrent Clean Water Act enforcement jurisdiction, to extensively and intensively regulate land use down to individual lots, and, in effect, to override local zoning and land use regulation and to use their permitting process to micro-manage development on private land throughout the country, even in areas that are not, at least in the common-sense meaning, wetlands.” [26]

“The Foundation’s comments on the Proposed Rule assert that EPAs proposed rule is unreasonably broad, rendering virtually all water bodies with few exceptions subject to the jurisdiction of the USACE and the EPA and that it conflicts with the more concrete and limited plurality test in Rapanos.” [26]

Where states and environmental activist organizations were asking the court to order the EPA to regulate some greenhouse gases under the Clean Air Act, ALF‘s brief argues that regulating automobiles’ CO2 emissions is not only ineffective in attempting to control global concentrations of “greenhouse gases,” but it also may have an economic cost that far exceeds alternatives. [6]