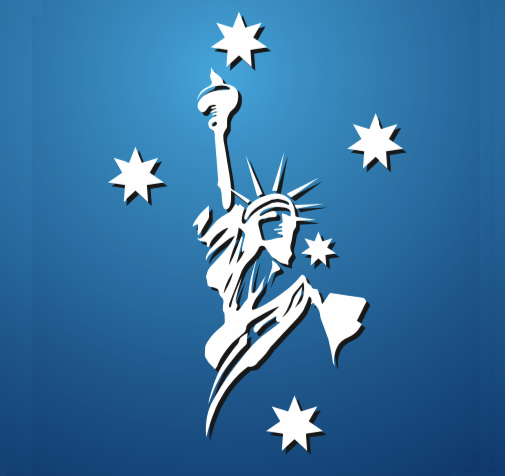 The Australian Libertarian Society (ALS) was founded by John Humphreys in 2000. It supports “free-markets, individual liberty and the promotion of peaceful, voluntary interaction between people.”

Humphreys is also a board member of the Australian Taxpayers Alliance.

ALS‘s aim is “to bring together the many different strands of libertarian thought spread through Australia, including objectivisists, Rothbardians, classical liberals, anarcho-capitalists, moderates, pragmatic libertarians, Austrian economists, free-marketeers, and anybody else who believes in freedom.” [1]

“In terms of the global warming debate, I have generally concentrated on the economics and accepted the consensus of anthropomorphic global warming as a given. The earth is warming, the level of co2 is going up (because of humans), and these things are linked. True, true and true. But recently I’ve been researching the science and the consequences of these facts aren’t as clear as the global warming fear-mongers would have you believe.

“… Further, even if there is some moderate global warming, it is not clear that there will be any significant cost. There is little evidence for catastrophic consequences. Environmental economist Robert Mendelsohn explains that moderate warming will benefit countries in the polar regions and the mid-latitudes while only harming countries in the tropical and sub-tropical regions. He suggests that there will only be a net cost if temperatures increase more than 2.5 degrees when mid-latitude countries start to suffer costs.” [2]

A search of the Australian Charities and Not-for-profits Commission (ACNC) does not return any results for the Australian Libertarian Society. The ALS does not appear to publicly list its funding. [6]

According to their website, The ALS was a co-sponsor of the Heartland Institute‘s 2nd, 3rd and 4th International Conference on Climate Change (ICCC). ALS representatives have spoken at the ICCC and also at the Festival of Dangerous Ideas (Sydney).

They were also a sponsor of Heartland’s recent ICCC6, and most recently they are listed as a “silver sponsor” of the Heartland Institute’s Seventh International Conference on Climate Change (ICCC7) which will take place May 21 – 23, 2012 in Chicago.

Co-sponsors of previous Heartland conferences have received significant funding from the oil industry and right-wing foundations. For example, DeSmogBlog researched the funding behind Heartland’s Second International Conference on Climate Change, and found that sponsor organizations had received over $47 million in funding from energy companies and right-wing foundations, with 78% of that total coming from Scaife Family foundations.

The ALS coordinated a petition signed by a number of economists who did not support the ratification of the Kyoto Protocol.

The petition was in response to a pro-Kyoto petition arranged by Australian economists Clive Hamilton (of the Australia Institute) and John Quiggin.

According to the ALS, “While the anti-Kyoto petition gained fewer signatures than the pro-Kyoto petition, it was successful in exposing the continued controversy surrounding Kyoto and the lack of consensus on action.” [4]