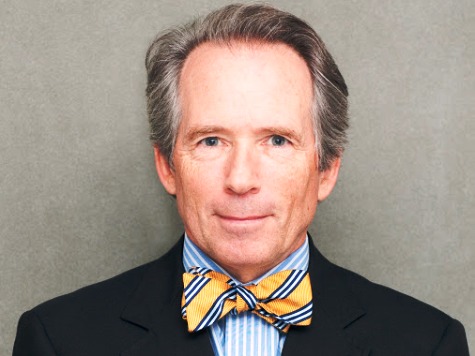 Dr. Caleb Rossiter is a professor and consultant with a background in international policy. Between 1984 and 1990 he served as deputy director for foreign policy of the Arms Control and Foreign Policy Caucus of the U.S. Congress. In 1992, he founded Demilitarization for Democracy, a think tank focused on arms control policy, and helped found the U.S. Campaign to Ban Landmines. In 1998, Rossiter made an unsuccessful bid for Congress in New York’s 31st congressional district. [2], [3]

Rossiter joined the School for International Service at American University in Washington D.C. in 2002, teaching quantitative analysis, international relations, African history and politics, and the “use and misuse of statistics and models in the climate change debate.” [3], [1]

In 2014, it was reported that Rossiter’s Associate Fellowship at the Institute for Policy Studies was terminated after he published an op-ed in the Wall Street Journal in which he referred to the scientific consensus on climate change as “unproven.” [4]

According to Rossiter’s website, he continues to teach at AU as an adjunct professor in the Department of Mathematics and Statistics, and the AU website lists him as a faculty member of the College of Arts & Sciences. He is a member of the CO2 Coalition, a non-profit organization that receives funding from the Mercer Family Foundation, and refers to climate change science as “greatly exaggerated.” [3], [1], [5]

Writing in an op-ed for American University’s The Eagle, Rossiter dismissed a fellow columnist’s appeal for AU to divest from fossil fuels:

“As someone who has guided students through the models and statistics of climate change here at AU for the past decade, I can tell your readers that the models, while fascinating in their construction, are in their infancy, both in looking backwards and in looking forwards. They certainly have misfired badly over the past 15 years, predicting one of those degrees of temperature rise but seeing, in reality, absolute zero.” [6]

Appearing at the Heartland Institute’s climate conference at Trump Hotel in Washington D.C.:

In an article published by RealClear Energy titled “The UN’s Terrifying, But Ever-Receding, Human-Caused Climate Catastrophe,” Rossiter criticized a UN IPCC report as being overly alarmist and based on faulty science:

“But don’t be too frightened: the same governments who authorize the UN reports never take the steps needed to reduce the supposedly horrifying carbon dioxide level. Hidden behind their teeth-chattering fear of fossil fuels is their awareness that oil, gas, and coal have helped bring dramatic improvements in health, welfare, and life expectancy, and that alternative methods of generating power are currently available only at unacceptable economic (and hence political) cost.” [7]

In an op-ed for American University’s The Eagle, Rossiter encouraged AU students to doubt the contribution of climate change to extreme weather events:

“We certainly hope that students will form an opinion, based on the way we have taught them to analyze evidence for themselves, about whether it was more likely natural fluctuation or industrial gas that caused the one degree rise in temperature from 1860 to 2000, and whether that one degree rise has led to havoc in hurricanes, droughts and sea level rise. But the data are weak on all of these questions, and it is not our job to make those judgments for them.” [6]

Rossiter wrote an article at RealClear Energy claiming Stacey Abrams and Tom Steyer “are now trying to run me out of town” following a request for Facebook to review information produced by the CO2 Coalition. [25]

In the article, Rossiter claims “our organization’s problems started” once the group and scientists behind Climate Feedback began fact checking the CO2 Coalition’s work after it was certified as an unbiased source on climate issues by the Poynter Institute for Media Studies which is also responsible for what Rossiter describes as the “left-leaning” PolitiFact. Rossiter wrote the first “false” label applied to a Washington Examiner article Rossiter had written with Patrick Michaels. [25]

“Since Michelman had decided that the science was settled in favor of a 97 percent consensus on catastrophe before he even founded Climate Feedback, his group should never have been let into a network of ‘unbiased’ reviewers,” Rossiter wrote. [25]

Rossiter co-wrote an article with Patrick Moore at Marc Morano‘s Climate Depot where they “rebut” a Washington Post article. In their piece, Moore and Rossiter claim “Climate Change Actually NOT the Cause of Coastal Flooding.” [26]

Rossiter spoke at an event at Georgetown University designed to rebut a nearby official climate change debate forum for 2020 Democratic presidential candidates. [20]

As the forum began, student protesters disrupted the proceedings, causing campus police to remove everyone from the room. The event resumed when college staff prohibited protesters from holding signs, and with the promise of removal if they continued to disrupt the speakers. [22]

Rossiter’s presentation, “There’s No Climate Crisis, Just an Energy Crisis: How Fossil Fuels Save Lives in Africa & America,” suggested climate change was caused by the sun rather than humans. [23]

“There is not enough evidence,” he said, “to support high confidence that humans’ carbon dioxide has affected temperature enough to change the overall trend.” [23]

Caleb Rossiter, representing the CO2 Coalition, signed on to an open letter organized by the American Energy Alliance designed to fight against an electric vehicle tax credit. [16]

According to Pyle and others who signed the letter, electric vehicle tax credits “overwhelmingly benefit the rich.” DeSmog’s Koch vs. Clean project has systematically debunked this, among other well-rehearsed talking points and misinformation put forward by industry about electric vehicles. [17]

The letter cites research by the Pacific Research Institute (PRI), a group that has received over $600,000 from ExxonMobil and millions from “dark money” groups DonorsTrust and Donors Capital Fund.

Rossiter was announced as the new Executive Director of the CO2 Coalition, taking over the organization’s daily operations. In a press release, Rossiter said: [18]

The Coalition’s report described carbon dioxide as “a non-polluting, non-toxic gas” and “a powerful plant food.” [14]

The briefing also suggested that increasing levels of atmospheric CO2 would result in higher crop yields:

“The CO2 added to the air has already ‘greened’ the planet: since 1900, it has increased crop production on the order of 15 to 30 percent, and satellite imagery shows that deserts are even shrinking in places as new plants encroach on their edges. […] this effect will only improve as carbon dioxide continues to rise from four one-hundredths of one percent of the atmosphere today to, perhaps, six one-hundredths of one percent in 50 years.” [14]

Rossiter also revealed that the CO2 Coalition would be targeting their message at first- and second-term members of Congress who haven’t made up their minds about climate change. “They’re up for grabs,” he said. [15]

Attending the annual LibertyCon convention in Washington, D.C., which was funded in part by the Mercer Family Foundation, the Charles Koch Institute, and Google, Rossiter gave a presentation in which he stated:

“There has been no increase in storms, in intensity or frequency. The data don’t show a worrisome trend.” [8]

He also proclaimed that carbon-based fuels improve life expectancy in developing countries by increasing the amount of CO2 in the atmosphere, acting as a “fertilizer,” and ensuring electricity generation, concluding:

Rossiter appeared in the film “Climate Hustle,” which was co-written by ClimateDepot.com‘s Marc Morano. Speaking about the role of carbon-based fuels in spurring economic development, he said:

“Climate justice in limiting carbon dioxide emissions is a crime against Africa.” [9]

In a document to support the film, a bio of Rossiter stated he was a member of the Democratic Party and was proud to be “politically left”.

An article for The College Fix recounted the story of how Rossiter once flunked a student who had submitted a paper affirming the role of human activity in climate change:

“I had to raise her grade because she certainly had cited the evidence they had given, but I just couldn’t give her much of a grade because she should have been able to see – as most people should be able to see – that the computer models were just guessing and sort of notional, and just kind of playing around to get a good fit, but didn’t have much scientific basis.” [10]

Rossiter published an op-ed in the Wall Street Journal titled “Sacrificing Africa for Climate Change,” in which he criticized Western climate policies for limiting economic expansion on the continent, referring to anthropogenic climate change as “unproven science”:

“The left wants to stop industrialization—even if the hypothesis of catastrophic, man-made global warming is false. … Western policies seem more interested in carbon-dioxide levels than in life expectancy.” [11], [12]

In response to Rossiter’s op-ed, the Institute for Policy Studies terminated his Associate Fellowship, telling him in an email:

“Unfortunately, we now feel that your views on key issues, including climate science, climate justice, and many aspects of U.S. policy to Africa, diverge so significantly from ours that a productive working relationship is untenable. The other project directors of IPS feel the same.” [11]

In a blog post titled “Climate Catastrophe: Convenient Fibs and Dangerous Prescriptions,” Rossiter derided acceptance of climate change by “the left” as a distraction created by the likes of the IPCC and Al Gore:

“American skies and waters are a lot healthier today than they were in 1970 because the environmental movement forced elected politicians to cater to their beliefs, but acceptance of America’s global role of domination remains as fixed in mainstream politics as ever. Leftists are trying to use global warming as a “giant lever” to link the two concerns, but they are expending resources on what is certainly a non-solution to what is most likely a non-problem, and providing legitimacy to the liberals who control the climate change debate…” [13]

According to his website, Rossiter has published numerous books and reports, primarily on the subject of international relations, and his articles and op-eds have been featured in the Washington Post and the SAIS Review. [1]