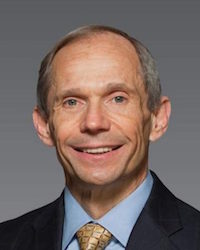 Charles T. Drevna was the President and CEO of Fueling U.S. Forward, a pro fossil fuel organization funded by Koch Industries and other oil and gas companies that  launched in August, 2016 and shut down in September 2017. Drevna described the group as a 501(c)(6) nonprofit business association, allowing for both lobbying and political activities. [2], [3], [4]

Charlie Drevna is a former D.C. oil industry lobbyist and Sunoco executive. Until mid-2016, Drevna was also Distinguished Senior Fellow at the Institute for Energy Research and a board member of the American Fuel & Petrochemical Manufacturers. [5], [6] According to his bio at AFPM, Drevna was an “advocate” for the petroleum industry: [7]

Before joining IER, Drevna was President of the American Fuel & Petrochemical Manufacturers (AFPM), the national trade association representing 98 percent of oil refining capacity in the U.S., formerly known as the National Petrochemical & Refiners Association. According to his profile at the Institute for Energy Research, Drevna joined the AFPM in 2002 as the director of policy and planner, and was named executive vice president in 2006. He became President in 2007 where he served until he later retired from the position in May, 2016. [5], [1], [8]

According to tax records, Drevna continued to received $250,000 from AFPM in 2016, while he was developing and launching Fueling U.S. Forward, despite wrapping up his tenure as President of the association in April of 2015.

According to IER’s website, while he was a Senior Fellow, Drevna advised IER on a variety of energy topics, particularly fuel and refining issues. Though Drevna told DeSmog’s Sharon Kelly that IER is not involved with this Fueling U.S. Forward campaign, Drevna did work on Fueling U.S. Forward while officially serving as a fellow at IER. [9]

In February 2016, The Huffington Post reported that Charles Drevna and James Mahoney were reportedly charged by the Koch brothers with developing and leading the new campaign to rebrand oil and gas and attack clean energy and electric vehicles. In August, 2016, Drevna revealed at Red State Gathering that this campaign would be called “Fueling U.S. Forward.”  The campaign set out to rebrand fossil fuels as “sustainable” and vital energy sources. As Drevna announced, ““Oil and natural gas […] are the future.” [11], [2], [12]

Drevna has had a long career in the oil industry, having held executive and supervisory positions with Sunoco and Consolidated Coal Corp. He has also held high-level positions with the Oxygenated Fuels Association and the National Coal Association. [13]

DeSmog launched a microsite on August 14, 2016 KochVsClean.com that examines the Kochs’ role in creating and funding the Fueling U.S. Forward campaign and how this group fits into the Koch-funded network of organizations seeking to undermine clean energy innovation such as electric vehicles and rooftop solar. Koch Vs. Clean also further examines the role of key individuals and organizations backing the FUSF campaign. Learn more below:

“Since the Lord rested on the 7th day, there’s been climate change. The question is how much of it is man-made, how much of it can we can control, and what are the unintended consequences or the ramifications.” [14]

“Meteorologists have questioned the relationship between storm intensity and climate change.” [15]

“Today, fossil fuels are often spoken about in derogatory terms. But the truth is often the opposite of what you hear.

As we look to the future, the central question should be whether we will continue achieving advances in everyone’s quality of life, especially the least fortunate. The answer to this question depends on whether we recognize the central role of fossil fuels to human progress.” [16]

“We’ve got to take this to the emotional and personal level. Oil and natural gas, they’re not the fuels of the past and maybe the present or a necessary evil. They are the future.” [2]

“We’re very concerned about the negative impacts this legislation [the Waxman-Markey climate change bill] would have not just on domestic refining and petrochemical businesses, but on American consumers and our nation’s economic recovery as a whole. Anything that will negatively impact supply or the cost of energy will impact consumers, so it’s a false assumption that only industry will have to bear the burden of complying with a stringent, unrealistic climate change mandate. Both our employees and our customers will be adversely affected should such legislation be signed into law.” [13]

Shortly after Tesla’s CEO Elon Musk quit as business advisor to President Trump, following Trump’s withdrawal from the Paris climate accord, Drevna weighed as an opponent to green energy subsidies: [26]

“Electric Vehicle and Solar Panel subsidies are a massive transfer of wealth from the poor and middle class to the rich,” Drevna said, quoted at The Washington Free Beacon. “We should not force those least able to afford it to pay for programs that will not benefit them and only continue line the pockets of the crony capitalists.” [26]

Charles Drevna attended at a Blacks in Government training session in Atlantic City, N.J. “He will continue to meet with a variety of groups in the coming months, he said, ticking examples off: Native Americans, inner-city residents, farmers, millennials, women and industry employees,” Climatewire reported. [3]

While Drevna did not speak at the event, Climatewire said “ surrogates with Project 21, an initiative by the National Center for Public Policy Research for black conservatives, helped deliver his message, according to National Policy Alliance Executive Director Linda Haithcox.” [3]

The National Center for Public Policy Research (NCPPR) has received hundreds of thousands of dollars from the oil industry and right-wing foundations, according to data from Conservative Transparency. [25]

Charles Drevna announced the Fueling U.S. Forward campaign at the Red State Gathering and confirmed that the campaign is backed by Koch Industries (video below). [2], [12]

“We need a sustainable energy to ensure the future of the country,” Mr. Drevna told the audience.

The source of that energy? That which Mr. Drevna labeled “reliable, abundant, efficient and sustainable fuels.”

“Folks, that’s of course the fossil fuels,” he immediately added.

Huffington Post first reported on the campaign in February, 2016, noting the $10 million-a-year effort had been proposed by Koch Industries board member James Mahoney along with Charles Drevna with the goal “to boost petroleum-based transportation fuels and attack government subsidies for electric vehicles.” [11]

According to Drevna, the oil industry has long “been engaged in asymmetric warfare.” He notes that “We’re partnering with other organizations too, especially non-traditional allies like the minority community. Who in the heck gets hit hardest and fastest when there’s an energy crisis and prices go up? They do.” [2]

“The Renewable Fuel Standard was based on incorrect assumptions about oil production and consumption, as well as the ability of Congress and the administration to mandate and create incentives for innovation and vast technological and economic leaps in biofuel production” Drevna says in his written testimony. “The results of the RFS are a failure for America. […] is time to end the RFS and let American fuel producers focus on delivering the best products to American motorists.” [18]

Video of Drevna’s testimony below:

Charles Drevna, representing the American Fuel and Petrochemical Manufacturers (AFPM) testified before the Subcommittee on Counterterrorism and Intelligence on “the implications of refinery closures for U.S. homeland security and critical infrastructure safety.” According to Drevna’s written testimony: [20]

“As we look to diversify  our energy sources, we must not turn our back on petroleum-derived  fuels that we will continue to depend upon for decades to come. To do  so would simply disadvantage the consumer, harm our National economy, and erode our energy security.”

Charles Drevna debated Thom Hartmann on Keystone XL pipeline and alternative energy. In his interview, Drevna claims that his industry “doesn’t get subsidies:” [21]

Thom Hartman: “Many people would suggest that your industry is one of the largest welfare recipients int he united states and that you’re fighting vigorously to maintain your welfare payments. How do you respond to that?”

Charles Drevna: “Absolute fallacy. If you’re talking about subsidies, which is the misnomer of the year, of the decade, we as an industry—whether it’s refining, petrochemical, oil, or gas—we don’t get subsidies.”

Rep. Peter Welch questioned Charles Drevna at a hearing of the House Energy and Environment Subcommittee about subsidies that the oil industry enjoys. Welch notes that Drevna had previously testified in favor of energy policy that favors a “level playing field’ that would allow the most competitive form of energy to win out. However, when Welch notes several subsidies that have cost taxpayers billions of dollars while serving the oil industry, Drevna says that he is apposed to their repeal. Video below. [23]

Bloomberg News interviewed Charles Drevna on why he was opposed to the EPA‘s move to curb greenhouse gas emissions. Video below. [24]

According to his profile at the American Fuel & Petrochemical Manufacturer (AFPM), Drevna has appeared on Fox News Channel, Fox Business Network and CNB. He also offers “analysis and commentary” in the Wall Street Journal, Bloomberg, ABC News, and U.S. News and World Report. [7]