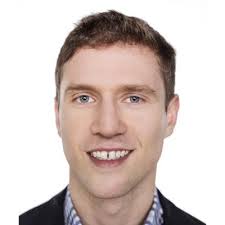 Cody Battershill is a Calgary realtor and founder of Canada Action, a pro-tar sands advocacy group with ties to the Conservative Party and the oil and gas industry. Battershill uses Canada Action to promote the oil and gas industry in Canada and garner public support for industry projects like the Enbridge Northern Gateway Pipeline and TransCanada’s Energy East pipeline. [2], [6]

Battershill argues criticism of the Alberta tar sands is overblown and argues domestic “squabbling” is holding Canada’s resource industries back. Battershill founded Canada Action to push more individuals to actively advocate for the oil and gas industry, saying environmental and social concerns are based on fear and emotions, not facts. [3], [4]

In a profile at AMBA, where Battershill spoke at their “Real Estate Industry Professional Day, he boasts of being able to counter opposition to oil development by environmental groups: [5]

“Cody has an intimate knowledge of the tactics used by well-funded protest groups to derail Canada’s national prosperity. He understands that in order to be effective, industry advocacy groups must cast off traditional reactive public relations strategies in favour of a more nimble and assertive approach. Cody has been incredibly successful in reaching a significant number of Canadians through Canada Action’s original content and simple messaging,” his profile read.

Battershill began advocating for the tar sands industry in 2010 after seeing an environmental campaign critical of the tar sand’s environmental impact at a LUSH cosmetics store. Battershill told the National Post he initially started a personal Twitter account to promote the oil and gas industry before launching Canada Action which emerged in 2012. [4]

According to his LinkedIn profile, Battershill is also an organizer of a meetup group titled “Oil Sands 101,” a group “created to exchange facts, opinions and feelings about the oil sands through constructive dialogue and education.” [1]

Battershill claims environmental opposition to the oil and gas industry by advocates advancing stronger climate policy, environmental protection and the rights of First Nations is based on hyped-up and fear-based rhetoric. [4]

Canada Action has three board members: Cody Battershill, Matt Gelinas and Susan Gelinas, according to federal society registration documents. Matt Gelinas is an influential Conservative Party campaign strategist with strong connections to campaign companies implicated in the robocall scandal in the 2011 federal election. Susan Gelinas is president of an investment company called Patchwork Investments which is registered to the same address as Canada Action. Also registered at the same address is Data Trek, a data service provider for the oil and gas industry owned by Dave Gelinas. [6]

Cody Battershill hosted a launch party for Canada Action in September 2014 with the help of Kim Farwell, leader of oilsands extraction at Syncrude and two-time former president of the Conservative Party of Canada’s riding association in Fort McMurray. Another event organizer, Diane Slater, left the Fort McMurray Chamber of Commerce, which is primarily made up of oil and gas companies, to take on a more active role with Canada Action. [7], [8]

Battershill has said Canada Action also accepts donations from individuals but does not reveal if those individuals have ties to the oil and gas industry or the Conservative Party of Canada. [9]

Canada Action is a federally-registered non-profit and as such is not required to disclose its sources of funding. [10]

Although he says he does not dispute the science of climate change, Battershill argues Canada receives an undue amount of criticism for its contributions to global climate change. He advances a common pro-industry argument that Canada only contributes a small amount of global greenhouse gasses. But he does not reference the fact that the Alberta tar sands are Canada’s fastest growing source of greenhouse gas emissions or that Canada has no federal oil and gas regulations, despite such regulations being promised for several years by the federal Conservative Party.

Battershill has argued that Canada’s contribution to global greenhouse gas emissions is quite small, as well as that of the tar sands. [11]

In an interview with Alberta Oil, Battershill discussed a number of issues with Nick Wilson. Select questions and answers below: [12]

Alberta Oil: Should we expand the oil sands?

AO: Are you in favor of the oil sands emissions cap?

Battershill:  No. The stated objective of a cap is to improve efficiency but that’s already been happening. A cap and/or limit drives away new investment and jobs, production emissions are also only 10 percent of the total production from an oil barrel.

AO: Which is best for transporting oil – rail or pipelines?

Battershill: Both are important transportation options, and both can be effective depending on the circumstances. We do know that pipelines are safer, and have lower emissions associated with the transportation. […]

AO: Do you support the fracking moratoriums in some provinces?

Battershill: No. We believe fracking with proper regulation and oversight can be completed safely and responsibly. […]

“Every single human in this country and all over the world either uses oil or wants to use oil.”

Battershill told the National Post, speaking of the tar sands: “This has become an issue of pride for me, for Calgary, Alberta, and Canada.” [4]

“Everything that we do has some form of impact on the environment and when you look at the global context and the global perspective of resource development and resource consumption, no country on earth, in my opinion, does it better then Canada when you take all factors into account. So we should be extremely proud of our country, we should speak up, we should let our voices be heard, so that we can overcome this mob mentality of fear and negativity of scarcity that exists when good people do not stand up for what they believe in.”

When asked who funds Canada Action by Stu McNish, producer of the Conversations That Matter video series, Battershill replied: [18]

“I’ve spent tens of thousands of dollars out of my own pocket.”

“There is nothing astroturf or fake about my passion for my country,” he added. “I’ve put my money, my time and my actions where my mouth is.”

“I say that’s not fair,” Battershill wrote in a HuffPost blog post, referring to Canada being criticized for its poor environmental record because it participates in the United Nations Framework Convention on Climate Change. [17]

“Who knows when world populations and economies will be able to get by without oil?” Batershill added, arguing “Canada continues to improve its technology and practices and reduce its per-barrel GHG emissions,” but does not mention that the oilsands represent Canada’s fastest growing source of greenhouse gas emissions. [17]

Pipeline proponent Vivian Krause appeared on an episode of The Lynda Steele Show, debating Stand.Together director Tzeporah Berman. When asked about her funding, Krause revealed that costs related to her recent speaking events had been covered by Cody Battershill and his group Canada Action: [21]

“I’m doing this pro bono,” Krause said. “We spent about less than $5,000 this week and that money, about five grand came from Canada action, Cody Battershill.  He’s a realtor in Calgary and […] he gave that money to a small group called The North Matters.”

Vivian M Krause, a pro-oil Vancouver-based blogger who was openly admitted to receiving funding from the oil, gas, and mining industry, was scheduled to speak at a Calgary event hosted by Cody Battershill and Canada Action on June 20, 2018 in Calgary, AB. The event was titled “Who’s funding pipeline protests in Canada?” where Krause would discuss “U.S.-Funded Environmental & Election Activism in Canada’. [15]

The day before her event, Krause appeared alongside Battershill, founder of “Canada Action” on Global News Radio with host Danielle Smith: [16]

Speaking on anti-pipeline activism, Batershill said “a lot of this activism has been misleading people. […] I think that if you are opposing pipelines, you are actually putting the environment at further risk or increased risk because pipelines are the safest way to transport oil.” [16]

Battershill has published a number of articles on the HuffPost blog. Some examples: