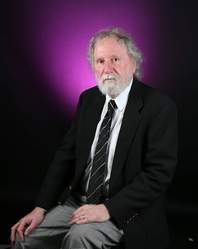 David Dilley is currently the President and Chief Research Scientist of Global Weather Oscillations, Inc. (GWO), which he formed in 1992. [2]

According to its website, Global Weather Oscillations was founded “with the clear understanding that most weather and climate we experience on earth are cyclical in nature, and driven by this ‘Natural PFM [Primary Forcing Mechanism]’ cycles.” [2]

At GWO, David Dilley “performs ongoing climate cycle research,” and “develops specific climate cycle models for generation of climate/weather predictions years into the future.” Prior to the founding of GWO, David Dilley worked as a meteorologist for the U.S. Air Force, then as a “senior forecaster” with NOAA and the National Weather Service. [2]

Dilley gave a presentation on Mind Your Own Business TV with Debi Davis:

Writing on the GWO website, in a view he reiterates in his ebook on “Earth’s Natural Climate Pulse,” Dilley claims that CO2 concentrations vary naturaly and the Earth is entering a cooling cycle: [10], [8]

“Earth’s temperature changes seasonally due to the seasonal tilt of the earth, with longer term cycles due to the PFM Natural Pulse cycles every 10-years, 230 years and 130 thousand years. Carbon dioxide concentrations are a naturally occurring cycle connected to the short-term global warming cycles that occur approximately every 230 years, and the longer term 130 thousand year glacial and inter-glacial cycles. The eBook written by Mr. Dilley of GWO (avalable on the Natural Pulse Page) illustrates that earth’s current temperatures and carbon dioxide levels are perfectly normal for global warming cycle that was occurring up to the year 2012 (now beginning to slip into global cooling for the next 150 years).”

In an essay at NoTricksZone.com titled ”Suppressing the Truth – the Next Global Cooling Cycle,” Dilley wrote:

“The last global cooling cycle began around 1795, or about 220 years ago. If the time clock strikes on time as it has over and over again throughout history, the upcoming cooling cycle has already begun in the Arctic and Antarctic, as shown in my video, ‘Is Climate Change Dangerous?’” [4]

“For over 15 years an inordinate proportion of government and corporate research grants have been awarded to universities for a single specific purpose: to prove human activities and the burning of fossil fuels are the main driving mechanisms causing global warming.

“Unfortunately agendas by strong arm politics and the suppression of contrary views have become the primary tools used to manipulate the media, local and state governments (and in turn the general public) into believing what they want us to believe.” […] [4]

“The politically driven United Nations IPCC and United States global warming ruse will likely end up being one of the greatest scandals of the 21st century.” [4]

In January 2018, more than 200 scientists endorsed an open letter calling on the American Museum of Natural History (AMNH) to remove climate change denier Rebekah Mercer from its board and to “end ties to anti-science propagandists and funders of climate science misinformation.” The New York Times reported that those among the AMNH letter calling for Mercer to step down were Michael E. Mann, director of the Earth System Science Center at Pennsylvania State University, and Katharine Hayhoe, director of the Climate Science Center at Texas Tech University. [11]

Dilley was among a group of climate change deniers who responded with their own open letter, calling for the AMNH “not to cave in to this pressure.” The letter was signed by numerous individuals with ties to groups funded by the Mercer Family Foundation such as Will Happer of the CO2 CoalitionRichard Lindzen, a fellow at the Cato InstituteCraig Idso, the chairman of the Center for the Study of Carbon Dioxide and Global Change. There are a number of signatories affiliated with the Heartland Institute, which has received over $5.78 million from the Mercer Family Foundation since 2008. [12]

David Dilley wrote an essay on NoTricksZone.com titled, “Suppressing the Truth – the Next Global Cooling Cycle.” [4]

In the piece, Dilley states that “since the mid 1990s government grants were typically advertised in such a way to indicate that [research] conclusions should show a connection to human activity as the cause for anthropogenic global warming.” As a result of this “advertising,” Dilley writes, “most of the research published in journals became one-sided and this became the primary information tool for media outlets.” [4]

David Dilley gave a presentation on Mind Your Own Business TV with Debi Davis and released an accompanying YouTube video titled “Is Climate Change Dangerous?” [3]

Dilley’s prediction is a period of upcoming global cooling. “Mr. Dilley predicts that the Arctic warm water pulse will cool within the next 8 years. This will allow rapid global cooling to begin around the year 2020, with temperatures becoming similar to those experienced in the 1800’s,” the press release notes. [8]

The ebook, which Dilley provides for free online, ends with the following “climate prediction”: [9]

“Natural cycles of global cooling are potentially more dangerous than global warming. These natural cycles are a natural regulatory rhythm which is required by nature. Humans need sleep after a period of activity, and earth likewise requires active and rest periods.

“In 2008, earth entered phase I global cooling. Phase II cooling will begin around the year 2020, this will usher in very dramatic global cooling, hurling temperatures quickly back to where they were in the cold 1950s and 1960s, and then further back to the climate seen in the 1800s. Coldest temperatures will be from about the year 2024 to 2050. There will be rapid ice pack regeneration until the peak of the next global warming cycle in the year 2140. Due to the Lunisolar gravitation stress on the outer liquid core and floating plates beneath the earth’s crust, there will be a historically strong climate changing volcano around 2020 to 2030. There will also be increased earthquake activity from 2008 through 2024. [9]

David Dilley testified in James Inhofe‘s U.S. Senate Environment and Public Works Committee Minority Staff Report, “More Than 650 International Scientists Dissent Over Man-Made Global Warming Claims Scientists Continue to Debunk ‘Consensus’ in 2008.” According to the report, Dilley “rejects the idea of manmade global warming,” and his research shows that “current global warming is without a doubt the result of a known external ‘natural’ forcing cycle.” [5]

David Dilley publishes an e-book titled, “Global Warming—Global Cooling, Natural Cause Found,” where he predicted “the first stage of global cooling … will begin during 2008 and 2009.” [6]

According to a search of Google Scholar, David Dilley has not published any peer-reviewed research within the field of climate science. [7]

Some of Dilley’s books include: [2]