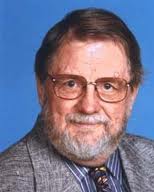 David Douglass is a Professor of Physics at the University of Rochester. According to his bio, Douglass main focus has been in the area of experimental condensed matter, but in the last few several years he’s been studying the fundamental science issues underlying global warming. Douglass has published several papers on questioning the validity of the scientific conclusion that global warming is caused by human activity.

“The observed pattern of warming, comparing surface and atmospheric temperature trends, does not show the characteristic fingerprint associated with greenhouse warming. The inescapable conclusion is that the human contribution is not significant and that observed increases in carbon dioxide and other greenhouse gases make only a negligible contribution to climate warming.” [2]

“Have the models been successful in predicting anything? They, of course, predict substantial global warming. This is not surprising given the expressed belief of some of the model builders in the global warming Hypothesis and the many parameters in the model that need to be introduced. However, the models also predict unambiguously that the atmosphere is warming faster than the surface of the earth; but all the available observational data unambiguously shows the opposite!” [3]

David Douglass has produced a number of “unpublished papers” on the subject of climate change and has made presentations at a number of locations including George Mason University. For example: [4]

Douglass was a speaker at the Heartland Institue’s Fourth International Conference on Climate Change (ICCC3). [11]

His speech, titled “New Comparisons of Tropical Temperature Trends with 22 Model Predictions from 1958-2004: At Least 20 Models Are Still Wrong” can be viewed below.

David Douglass was a speaker at the Heartland Institute’s Second International Conference on Climate Change (ICCC2). DeSmogBlog researched the funding behind ICCC2 and found that sponsor organizations had received over $47 million in funding from energy companies and right-wing foundations. [5]

Douglass’ speech, titled “The Models Still Do Not Agree with the Observations” can be viewed below.

Douglass was a speaker at the Heartland Institute‘s First International Conference on Climate Change (ICCC1). [10]

His speech, titled “Observations Regarding Climate Model Predictions” can be viewed below.

Douglass, along with Fred Singer and John Christy published a paper that, according to conservative media organizations, “explodes [the] human-global warming story.” Douglass et al.’s paper concludes that climate models have been inaccurate in predicting the amount of warming in the troposphere.

At the time, Douglass is quoted in a Fox News article as stating, ”[c]an the models accurately explain the climate from the recent past? It seems that the answer is no.” RealClimate points out that this is not the first time that Douglass, Christy and Singer have made this claim. [2], [6], [7]

Douglass co-authored a 2004 paper with Patrick J. Michaels, as well as a paper in the July 9 issue of Geophysical Research Letters with Fred Singer. According to the Heartland Institute’s coverage, the paper supposedly puts the U.N.’s temperature records into question. [8]

According to SourceWatch, in a letter to the Washington Times criticizing a National Geographic article on global warming, Douglass wrote: “I, with Patrick J. Michaels as a co-author, showed that out of four data sets, three show no significant global warming. Advocates of global-warming theory simply ignore all contrary evidence. This is hardly a ‘scientific approach.’”

David H. Douglass has published a number of papers in peer-reviewed journals, largely in journals related to geophysics/geosciences. Some of his articles related to climate change have been published by the skeptical science journal Energy and Environment which has been criticized for its sub-standard peer review process in the past. Skeptical Science lists only one peer-reviewed paper by David Douglass on the subject of climate change. [9]

A full list of his publications is available here.