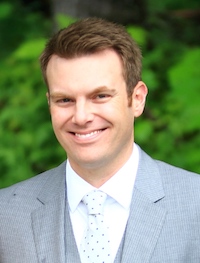 Jason A. (Drew) Johnson is the founder of the Beacon Center of Tennessee, formerly the Tennessee Center for Public Policy Research. He served as president of TCPPR, until leaving in 2009. He remained a member of TCPPR‘s board of directors. He was last mentioned on the group’s 2009 990 tax forms. [2], [3]

Johnson is also a senior fellow at the Taxpayers Protection Alliance and the National Center for Public Policy Research and formerly worked as a policy analyst at National Taxpayers Union. [1]

Johnson was named executive director of Protect Internet Freedom in 2016. The group was created to “push back on new network neutrality rules.” Its website no longer appears to be online. [4]

Before founding TCPPR, Johnson was a policy analyst at the National Taxpayers Union Foundation. He was also a former senior fellow at the Koch-backed Institute for Humane Studies and was a fellow of the Davenport Institute at the Pepperdine University School of Public Policy. [5]

While Johnson served as its president, TCPPR was featured by Mother Jones as one of the “Dirty Dozen of Climate Change Denial.” At the time, Johnson denied that the group received any industry funding. Several years after Johnson left, beginning in 2016, the Center began to attract funding from the Charles Koch Foundation. It received $107,500 from Koch from 2016 to 2017. [2]

Writing at The Daily Caller, Johnson suggested a Russian conspiracy around environmental groups: [6]

“In fact, researchers have never established a connection between climate change and extreme weather events.”

“There’s good reason to be suspicious about green activists’ motives for inventing correlations between climate change and extreme weather. Some, through a winding and sometimes opaque money trail, are financed by Russian authorities interested in undercutting American energy.”

“The next time green extremists exploit a tragedy by conjuring up a scientifically dubious link between climate change and a severe weather event, consider their motives. All too often leading environmental groups are promoting junk science that undercuts American interests in exchange for a payday linked to nefarious front groups and despicable dictators.”

In a Newsmax article, Johnson opposed a carbon tax: [7]

“More and more, the leaders of the environmental movement — the ‘Kings of Green’ — are emerging as a pathetic mix of liars, frauds, hucksters, and hypocrites who are more concerned with lining their pockets off environmental hysteria than actually protecting Mother Nature.”

“Schemes and fibs by environmental extremists like Al Gore, Tom Steyer, and leaders at Google are killing jobs, increasing the price of energy, devouring tax dollars, and threatening America’s energy independence — all in an effort to make a quick buck.”

“Despite his hypocrisy and poor record of environmental fortunetelling, Gore continues to push for a carbon tax, a sinister scheme that would cost tens of thousands of American jobs and squeeze the poorest Americans most as a result of price hikes to most every good and service imaginable.”

Johnson wrote the following in an article titled “Climate Change ‘Cures’ are Worse than the Illness” at the Tennessean: [8]

“If the Earth’s temperature is changing in unnatural and unusual ways, and those climate oddities are, in part, a result of human activity, would taking radical steps that result in demolishing the economy of the developed world and the loss of millions of human lives in developing nations be worth reducing the Earth’s temperature a fraction of a degree? Most reasonable people would say no. Given the exaggerations of the problems and the dangers of the policy remedies, it is clear that government solutions to climate change are a medicine far worse than the illness.”

In 2009, Mother Jones magazine listed TCPR among the 10 “Dirty Dozen of Climate Change Denial,” a list of the “12 loudest members of the chorus claiming that global warming is a joke and that CO2 emissions are actually good for you.” [9]

At the time, while Johnson was president, TCPR was running the website “Carnival of Climate Change,” which described itself as “a portal for bloggers who write on topics critical of current climate change alarmism and who question unsubstantiated discussions on global warming.” [9], [10]

The Carnival website promoted climate change denial blogs and groups such as Climate Audit, Greenie Watch, ICECAP, the New Zealand Climate Science Coalition, Watts Up With That, the World Climate Report, CO2 Science, the Science and Public Policy Institute, among others. [10]

Speaking with Mother Jones, Johnson claimed Carnival of Climate Change was a minor side project that is “not supposed to be a hard news or hard research site.” He added, “What we put up there, or what is put up there [through an automatic news feed] isn’t reflective of our research, our opinions, or our thoughts.” [10]

Johnson opposed electric vehicle subsidies in an article he wrote at Chron. In the article, Johnson claimed electric vehicles don’t help the environment or, “In some cases, electric cars actually cause more carbon emissions than traditional gasoline-powered vehicles, “He went on to repeat a common talking point of anti-EV front groups: [12]

“It’s time to phase out these unjustifiable tax breaks for the wealthy.”

“Any CO2 emissions reduction, no matter how small, is welcome. But there are better ways to ‘go green’ than funding shiny new toys for America’s upper class.”

“The Green New Deal is laughably unrealistic. If lawmakers implemented even a tenth of the plan, it would destroy the U.S. economy and impoverish tens of millions of people,” he concluded.

Writing a The Daily Caller, Johnson argues that despite the health impacts of tobacco, one should consider the impact on tobacco growers in poor countries: [14]

“A world with no tobacco might sound appealing to nanny state bureaucrats at the WHO, but it sounds like hell to millions of thriving farmers like Davison Tolopo and his family,” Johnson concluded.

Johnson claimed the Russians were behind anti-fracking activism in the United States: [15]

“The influence of Russian propaganda and the influx of money funneled from the Kremlin to many of America’s most extreme environmental outfits helps explain why anti-fracking attacks continue even though science has confirmed fracking poses no threat to public health.”

“Ozone is a naturally occurring gas that helps shield the Earth from the sun’s rays. But when ozone interacts with emissions from industrial factories, cars and electric utilities, it can cause serious health issues.

Fortunately, those health issues are not a real concern these days. Air quality in America is the best it has been in decades. That’s what makes the EPA’s destructive new ozone regulations so senseless.”

Johnson went on to quote research from the petroleum industry campaign Energy In Depth as supposed evidence that the EPA could be “inflating the rule’s health benefits to justify federal overreach.”

In an article at The Daily Caller titled “Environmentalists Are Getting In The Way Of Making America Great Again,” Johnson said “radical environmental activists” were a cause of illegal immigration in the United States. Johnson argued, using the example of a mine in San Rafael, Guatemala, that environmentalists opposing the operation and causing shutdowns were leading to economic trouble in the region and promoting immigration to the US. Note that the mining operation would later face human rights violation charges, despite Johnson’s declaration that the lawsuit against the mine was over “unsubstantiated claims.” [17], [18]

Johnson wrote an article at Newsmax defending oil giant ExxonMobil. Regarding lawsuits by state Attorneys General against the oil company that suggested it had misled investors about how much it knew about climate change, Johnson claimed “The suits are a shady part of the environmental left’s plan to shake down industry to pay for coastal reclamation and perhaps whatever other public works projects they envision but for which they don’t want to raise taxes.” [19]

“Exxon’s actions are not the pattern of a company hiding the practical challenges of climate change from investors or the public, as has been alleged in lawsuits. The company has merely insisted on as much scientific accuracy as possible in establishing this link and in designing and implementing policies to address the phenomenon,” Johnson added.[19]

In conclusion he said “Exxon deserves praise for fighting back with facts and turning the tables on its liberal bullies and exposing their hypocrisy. Only an honest debate will yield practical responses to climate change.”[19]

In a Daily Caller article, Johnson claimed “green groups such as the Natural Resources Defense Council have been irresponsibly vilifying biomass as environmentally disastrous.” [20]

“Their misinformation campaigns aren’t just dishonest; they goes against the interests of our climate, our forests and our economy,” Johnson declared. [20]

“Another environmentalist fib about wood pellets us that they generate more CO2 emissions than coal. In truth, wood pellets actually deliver significant carbon savings. When wood pellets are used for energy, the released carbon is almost completely reabsorbed by trees.” [20]

Note that more recent research from groups such as a study by MIT, Climate Interactive, and UMass Lowell found wood pellets were more harmful than coal with regards to climate change. [21]

“The incremental government takeover of the Internet is one of the greatest challenges of our time,” Johnson said in a statement.  “Americans are rightly concerned about net neutrality, data privacy, online free speech and the growth of municipal controlled broadband.  I look forward to being at the forefront of these issues and challenging Washington’s power grab of the Internet and preserve it as a free and open place for ideas and commerce.”  [4]

According to a press release, he would oversee day-to-day operations for the group’s campaigns to oppose the supposed effort of the government to “take over the Internet.”  [4]

The group’s backers include John Ramsey, chair of conservative Liberty for All Super PAC. [4]

Johnson was fired from a job at the Chattanooga (Tenn.) Times Free Press when he changed the headline of his story without editorial permission.  He had titled his story, critical of Obama, “Take your jobs plan and shove it, Mr. President: Your policies have harmed Chattanooga enough.” The paper commented that the content of his editorial was not at issue: [22]

“The headline was inappropriate for this newspaper. It was not the original headline approved for publication, and Johnson violated the normal editing process when he changed the headline. The newspaper’s decision to terminate Johnson had nothing to do with the content of the editorial, which criticized the president’s job creation ideas and Chattanooga’s Smart Grid. The Free Press page has often printed editorials critical of the president and his policies,” the paper wrote.[22]

Johnson later went on Fox News to claim he was fired because the paper was pressured by Obama supporters, and that he would never have been fired for criticizing a Republican. [23]

Johnson is a columnist or contributor at several news sources including The Daily Caller and Newsmax. According to his profile at the Taxpayers Protection Alliance: [26]

“Drew is known for infusing investigative reporting and policy research, exposing government waste, corruption and hypocrisy as a result. These efforts have made him a frequent guest on television and radio, including appearances on Glenn Beck, Hannity and Colmes, All Things Considered, the BBC, Penn & Teller: Bullshit!, The Situation Room with Wolf Blitzer and The Sean Hannity Radio Show, among others. Additionally, Drew’s columns and articles have appeared in scores of newspapers, magazines and journals, including the Wall Street Journal, National Review and Human Events.”

According to an archived profile from the TCPR, Johnson also wrote for Wall Street Journal, National Review, Human Events, the Atlanta Journal-Constitution, the Indianapolis Star and the Fort Worth Star-Telegram and has had commentary pieces appear in papers including the Tennessean, the Chattanooga Times Free Press, the Jackson Sun, the Johnson City Press, the Maynardville News Leader and the Marshall County Tribune. [2]