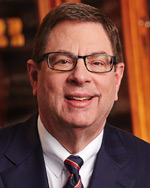 Gale Klappa is formerly the Executive Chairman and CEO of WEC Energy Group and currently its the Non-executive Chairman. The company is a major electricity generator, mainly utilising coal and gas.

According to his profile at WEC Energy, he retired from his role as CEO in May, 2016. Milwaukee Business Journal reported that Klappa held the title in 2016 of highest-paid in total compensation among WEC Energy Group executives, (excluding pension values). Klappa formerly worked in various executive roles at Southern Company, including roles as Executive Vice President, Chief Financial Officer, and Treasurer, prior to joining Wisconsin Energy in December of 2003. [2], [3]

Early in his career, Gale Klappa was also a Director of the Information Council for the Environment (ICE). ICE was proposed by a coalition of utility companies including the Western Fuels Association, Southern Company, and the Edison Electric Institute in the early 1990s with the goal to “Reposition global warming as theory (not fact).” The group disintegrated shortly after internal documents were released to several news sources revealing an extensive strategy to attack the public’s understanding of the link between fossil fuel emissions and global warming. [4]

ICE was to be guided by a “Science Advisory Panel” made up of scientists such as Robert Balling, Patrick Michaels, and Sherwood Idso, who would also contribute with public appearances and newspaper columns for the group, as outlined by the group’s communication plan, as documented by Ozone Action. [5]

Writing at The Energy & Policy Institute, writer Matt Kasper asked Amy Jahns, Media Relations Specialist at We Energies, if she could expand on how Klappa became involved with ICE and whether his views on climate change had changed since the 1990s. [4]

Jahns’s responded, saying that “Gale Klappa served as president of the ICE board more than 25 years ago.  During his time as CEO, Wisconsin Energy has invested more than $9 billion to modernize our fleet of power plants and add state of the art emission controls. These investments have resulted in an 80 percent drop in overall emissions. In fact, our carbon dioxide emissions were lower in 2013 than in 2000. And we will continue to comply with any and all regulations that are set.”

Jahns also emailed Kasper copies of the WE Energies environmental performance disclosures, and a 2015 letter that Klappa sent Senators Markey, Boxer and Whitehouse that had been a response to the senators’ inquiry into the company’s efforts related to climate change. When pressed on Klapper’s current climate change stance, she responded that “Our response speaks for itself.”

In 1991, Klappa was interviewed in the New York Times around the time that ICE documents had been leaked, saying:  [4], [6]

“Those who are predicting catastrophe have been very effective at getting their message across in national media, and in so-called ‘public service’ announcements. But there is another viewpoint, a substantial viewpoint from a body of reputable scientists, and that viewpoint has really not been made available to a large majority,” Klappa said. [4]

One of the companies included in the letter was Wisconsin Energy Corporation. On March 31, Gale Kappa responded to the letter, highlighting his group’s “support and contributions to climate change research.” [8]

Serving as CEO of WE Energy Group, Klappa expressed dissatisfaction with the EPA‘s carbon rules in a earnings call, suggesting that WE Energy would be submitting comments to the EPA. [9], [10]

“[W]e just don’t feel like we have been given credit for the early action and I think that’s the standard view among of my counterparts in the industry,” Klappa said. “So we are going to be commenting on several things as we work our way through the comment period here one of which is we simply don’t feel like the appropriate credit has been given for the early action and for the renewables that we have put in place, there is still lack of clarity which EPA admits around how they will treat biomass plants and of course in terms of emissions and of course we have almost $270 million investment we have just completed in our biomass plant that does meets the state’s renewable portfolio standards.”

Gale Klappa went on WISN 12 News where he discussed how he thought WE Energies should get credit from the EPA for prior emissions reductions. Video below: [11]

Gale Klappa was the president of the Information Council for the Environment (ICE). A 2015 report by the Union of Concerned Scientists (UCS) noted that ICE‘s $500,000 advertising campaign “was designed to disparage climate science and cherry-pick the data to highlight claims of cooling temperatures in order to confuse the public.” [4], [12]

As detailed in a leaked communication plan and documented by Ozone Action, ICE proposed several strategies to achieve its goals. [5]