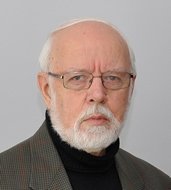 Van der Lingen describes himself as a geologist/paleoclimatologist and climate change consultant. He is a founding member of The New Zealand Climate Science Coalition, an organization of climate change skeptics. [2]

Brought together in May 2006, the NZ Climate Science Coalition states that its main goals are:

“Incidentally, the IPCC hypothesis has now been thoroughly falsified (3). Moreover, the world has not been warming anymore since 1998 and has even slightly cooled since about 2002 (Fig 2). Many astrophysicists are predicting that the planet is entering a cooling phase that could last 30 to 50 years (4).” [3]

“We geologists can help to steer climate science away from the ideological hype and straight-jacket and return it to its proper functioning.” [4]

“That the Earth has been cooling and the fact that many signs point to a continued cooling is difficult to accept for scientists and politicians who have nailed their colours to the apocalyptic-global-warming mast.” [1]

Van der Lingen was among a group of climate change deniers who responded with their own open letter, calling for the AMNH “not to cave in to this pressure.” The letter was signed by numerous individuals with ties to groups funded by the Mercer Family Foundation such as Will Happer of the CO2 CoalitionRichard Lindzen, a fellow at the Cato InstituteCraig Idso, the chairman of the Center for the Study of Carbon Dioxide and Global Change. There are a number of signatories affiliated with the Heartland Institute, which has received over $5.78 million from the Mercer Family Foundation since 2008. [15]

Gerrit van der Lingen is listed as a “Founding Member” of group named Climate Exit (Clexit) led by climate change denier Christopher Monckton. According to Clexit’s founding statement (PDF), “The world must abandon this suicidal Global Warming crusade. Man does not and cannot control the climate.” [10], [11]

Van der Lingen authored a “open letter” to NZ Climate Change Minister Nick Smith. The letter refers to a discussion Van der Lingen had with Smith “at the pre-dinner drinks at the Annual Conference of Architectural Designers” where Smith had agreed with his views on climate change. [5]

But when Smith’s policy decisions didn’t reflect his views in the informal chat, Van der Lingen sent an open letter to clarify how global warming is alternately a “blatant lie,” “the biggest scam in human history,” “a major threat to democratic freedoms” and, generally, “propaganda.”

Van der Lingen describes how “the planet has been cooling for the past decade” and makes reference to a list of “32,000 American scientists” who doubt climate change.

This list is likely the infamous Oregon Petition, created by the “Oregon Institute of Science and Medicine” along with the Exxon-funded George C. Marshall Institute. A vast majority of the signatories were found to have no credentials related to climate science and many entries were found to be fake or repeated.

Van der Lingen is an endorser of the Manhattan Declaration on Climate Change, which was created by the ICSC in 2008 and initially presented at the Heartland Institute’s 2008 International Conference on Climate Change.  [6]

The declaration states that “global warming is not a global crisis” and that “there is no convincing evidence that CO2 emissions from modern industrial activity has in the past, is now, or will in the future cause catastrophic climate change.”

Van der Lingen is listed as a signatory to an open letter to United Nations Secretary General Ban Ki-Moon. [7]

The open letter describes global warming as “a natural phenomenon that has affected humanity through the ages,” and describes CO2 as a “non-polluting gas that is essential to plant photosynthesis.”

“attempts to prevent global climate change from occurring are ultimately futile, and constitute a tragic misallocation of resources that would be better spent on humanity’s real and pressing problems.”

Van der Lingen signed an open letter to Stephen Harper which recommended that the government stall any action on climate policy because the “climate changes all the time due to natural causes.”

The letter advocates a delay or cancelation of the implementation of Kyto reductions, and states that “allocating funds to ‘stopping climate change’ would be irrational.”

According to a search of 22,000 academic journals, Van der Lingen has not published any research in a peer-reviewed journal on the subject of climate change. Google scholar lists two articles published by Van der Lingen in the 1970s.