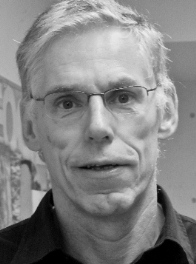 As Canada Research Chair in Environmental studies, Cornelis van Kooten claims that “Climate science often ignores economic considerations, and climate models do not usually include interactive economic sectors, making it difficult to explore cost-effective policy responses to climate change and its consequences.” He is described as a leader in “devising effective economic measures for analyzing various aspects of the environment.” [3]

According to his CV, van Kooten’s professional experience is in the field of natural resource economics including non-market valuation, bio-economic modeling of wildlife populations, economics of carbon sequestration, managing lands for multiple tradeoffs, and the economics of renewable energy. [1]

Van Kooten is a climate change skeptic affiliated with a number of groups that actively dispute the existence of man-made climate change. He has been an “Expert” at the Heartland Institute and is currently a senior fellow of both the Fraser Institute and the Cornwall Alliance for the Stewardship of Creation.

“[Carbon dioxide] has no relation to temperature rises.”

“Using the U.S. weather rating system, only 8,000 of the 22,000 weather stations [used to document global temperature rises] are reliable.”

“[Gross domestic product] is a non-climactic factor that causes temperature to go up. There is no statistical relationship between CO2 and temperature.”

“You can’t do policy without reading the other side. [… ] I’m becoming a denier more and more, the more I listen to these guys [climate scientists in agreement about global warming]. It’s a religion to them.” [5]

“I am more convinced that changes in solar activities (whether sunspots, various types of cycles, etc.) are a better explanation of changing temperatures and possible global warming than CO2.” [6]

“If anything, it is [David] Suzuki who has abandoned science, not the scientists who question the IPCC, whether of the religious right or not. Suzuki has become post modern.” [7]

In January 2018, more than 200 scientists endorsed an open letter calling on the American Museum of Natural History (AMNH) to remove climate change denier Rebekah Mercer from its board and to “end ties to anti-science propagandists and funders of climate science misinformation.” The New York Times reported that those among the AMNH letter calling for Mercer to step down were Michael E. Mann, director of the Earth System Science Center at Pennsylvania State University, and Katharine Hayhoe, director of the Climate Science Center at Texas Tech University. [19]

Van Kooten was among a group of climate change deniers who responded with their own open letter, calling for the AMNH “not to cave in to this pressure.” The letter was signed by numerous individuals with ties to groups funded by the Mercer Family Foundation such as Will Happer of the CO2 CoalitionRichard Lindzen, a fellow at the Cato InstituteCraig Idso, the chairman of the Center for the Study of Carbon Dioxide and Global Change. There are a number of signatories affiliated with the Heartland Institute, which has received over $5.78 million from the Mercer Family Foundation since 2008. [20]

Gerrit Cornelis van Kooten is a signatory to an open letter to Pope Francis on climate change. The letter invites the Pope to reconsider his views on climate change before his upcoming encyclical letter on the environment, which is widely expected to call for measures to prevent climate change in the interests of the world’s poor.

The open letter was coordinated and signed by Calvin Beisner of the Cornwall Alliance. According to the letter, “Good climate policy must recognize human exceptionalism, the God-given call for human persons to ‘have dominion’ in the natural world (Genesis 1:28), and the need to protect the poor from harm, including actions that hinder their ascent out of poverty.” [15]

Judith Curry comments on her blog Climate Etc. that “Arguably the most effective ‘pushback’ comes from Cal Beisner of the Cornwall Alliance, who coordinated An Open Letter to Pope Francis on Climate Change.” [16]

B.C. Auditor General John Doyle released a report (PDF) damning B.C.’s carbon trading system. The only academic paper mentioned in the audit was on page 27, and was a study done by Cornelis van Kooten that related to forest carbon credits. The report pulls the following quote form van Kooten’s 2012 report, titled “Rent Seek and and the Smoke and Mirrors Game in the Creation of Forest Sector Carbon Credits: An example from British Columbia” (PDF):

Because commercial exploitation was the counterfactual used to justify the Nature Conservancy of Canada (NCC) carbon offsets, offsets were subsequently sold to non-arms-length buyers, and numbers of carbon offsets are highly sensitive to assumptions, one can only conclude that the carbon offsets generated by this (and probably many other) forest conservation projects are simply spurious. [8]

John Doyle’s report examined two projects that the government had purchased to achieve carbon neutrality (the Darkwoods Forest Carbon project and the Encana Underbalanced Drilling project), and he concluded that “this claim of carbon neutrality is not accurate, as neither project provided credible offsets.”

Vancouver’s Georgia Straight reports how Doyle criticized Pacific Carbon Trust, a Crown corporation, for buying carbon credits and claimed that both projects would have succeeded had there been no offsets. [9]

The Government rejected Doyle’s report, saying that it was not valid due to the fact that the auditor general’s office is not an accredit expert in carbon offsets. [10]

Cornelis van Kooten published a book titled Climate Change, Climate Science and Economics (Springer, 2013). His book includes a chapter on “Alternative Explanations” of climate change that include cosmological origins, as well as a chapter on implementing policy (“government intervention […] worsens rather than helps the situation.”) and a chapter on the possibility of “avoiding emissions reduction” by using carbon sinks.

The Martlet, An independent newspaper at the university of Victoria, reported on one of Cornelis van Kooten’s regular lectures on the “Economics of Climate Change.” During his lecture, van Kooten said that “CO2 has no relation to temperature rises,” and also pointed to a case study of two rooftop weather stations on Victoria Elementary schools that he said were examples of the Urban Heat Island affect. In the case study, van Kooten suggested that the hot air vents and nearby woodworking shop influenced the accuracy of the weather stations. [11]

Cornelis van Kooten also claimed that “Using the U.S. weather rating system, only 8,000 of the 22,000 weather stations [used to document global temperature rises] are reliable.” A similar claim has been made by climate change skeptic and founder of SurfaceStations.org Anthony Watts. These claims were recently examined and proven to be false by the Berkeley Earth project.

Near the end of van Kooten’s lecture, Tom Pederson (director of the Pacific Institute for Climate Solutions) interjected and challenged van Kooten’s methods:

“If one is going to draw deductions based on global warming trends, one needs to be very familiar with expert literature and speak to experts, many of whom are on this campus,” he said.

Rob McDonald, a student who had previously dropped out of van Kooten’s Climate Economics class, also disagreed with van Kooten’s teaching methods. He had this to say to The Martlet:

“An economics professor should not be trying to dispute science in an economics class. Also, he shows little academic integrity by using a book that he wrote that has not been reviewed as the textbook, and also by giving his very one-sided and narrow view of climate change without letting people know all the different things scientists are saying on the issue.”

Cornelis van Kooten was a signatory to a 2006 open letter to Prime Minister Stephen Harper. The letter, titled “Open Kyoto to Debate” was signed by “accredited experts in climate and related scientific disciplines.” According to the letter, “Global climate changes all the time due to natural causes” and “allocating funds to ‘stopping climate change’ would be irrational.”

G Cornelis van Kooten is a signatory to the “Evangelical Declaration on Global Warming,” a document put forth by the Cornwall Alliance for the Stewardship of Creation of which he is a Senior Fellow. The declaration describes Earth as “created by God’s intelligent design,” and as such is “robust, resilient, self-regulating, and self-correcting” and that “Earth’s climate system is no exception.” [12]

Here are some key points of the declaration [emphasis added]:

The declaration also leaves a call-to-action for Christian leaders to “embrace Biblical thinking, sound science, and careful economic analysis in creation stewardship” and for political leaders “to adopt policies that protect human liberty, make energy more affordable, and free the poor to rise out of poverty, while abandoning fruitless, indeed harmful policies to control global temperature.”

A full list of his peer-reviewed literature is availabe on Google Scholar.