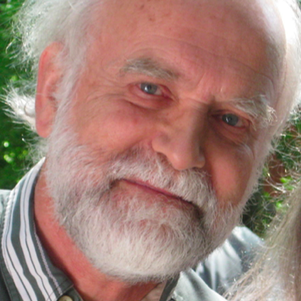 Fulks is a policy advisor to the Heartland Institute, a controversial think tank that rejects the 97% consensus on climate change. According to his bio on the Heartland web site, Fulks received a BS, MS and Ph.D. in Physics from the University of Chicago in the 1960s and 1970s. [2], [21]

He worked at an astrophysics and space research lab at the University of Chicago, and later for “a think-tank in Santa Barbara, California, supporting the US Defense Nuclear Agency on nuclear weapon effects,” followed by “designing new embassies and working at the US Embassy in Moscow.” He now consults for “business and government clients seeking to better understand electromagnetic phenomena, related scientific scares, and the concept of ‘acceptable risk.’” [2]

He also serves on the Board of Directors of the CO2 Coalition, an advocacy group dedicated to “educating thought leaders, policy makers, and the public about the important contribution made by carbon dioxide to our lives and the economy.” The CO2 Coalition was formerly known as the George C. Marshall Institute, a group that received substantial funding from companies including Exxon to cast doubt upon climate science and fight environmental regulations. [3]

Fulks has also been listed as an academic advisor to the Cascade Policy Institute, an Oregon-based think tank run by climate change denier John A. Charles, Jr. The Cascade Policy Institute is a member of the State Policy Network (SPN). In addition to over $300,000 in funding from SPN, Cascade has also received more than $1 million from Donors Capital Fund, a group described as the “dark money ATM of the conservative movement” for its ability to obscure funding sources. [4], [5]

Fulks lives in Oregon and devotes significant time to writing letters to the editor submitted to local news publications. His letters repeat his key arguments: That studies showing a warming climate are flawed and financed by politically-motivated entities; That politicians have hijacked the climate debate; and that consensus among scientists on climate change does not exist.

A user at the Cascade Policy Institute, identifying himself as Gordon J. Fulks, offered the following comment after criticizing the concept of a carbon tax: [6]

“Our emissions of CO2 are inherently beneficial, because carbon dioxide is the Gas of Life. More in the atmosphere has noticeably greened the Earth, according to NASA satellites. And global temperatures over the period of significant human emissions since the end of World War Two have only increased slightly in two of the seven decades since. That is FAR DIFFERENT from what alarmists have predicted. Their Climate Models are great failures.

The bottom line is that Catastrophic Global Warming is BS (Bad Science).”

Fulks wrote an opinion piece in The Oregonian, in which he stated:

“The many objections from real scientists will be countered with fictitious claims of ‘consensus.’ (Should that, too, be questioned — based on studies that show widely divergent scientific opinions — the political formula calls for stonewalling.) Never mind that science proceeds from openly discussed logic and evidence. The scientifically illiterate will not understand and can be easily fooled with unsupportable claims that each succeeding year is the “warmest ever.” [7]

In a Heartland Institute opinion piece, Fulks criticized as “garbage” a prediction by climate scientist James Hansen that future generations will have to pay hundreds of trillions of dollars to manage climate change.

“James Hansen and I share a background in astrophysics…we even agree on many things. But that does not include atmospheric carbon dioxide. Hansen sees carbon dioxide as diabolical. Many others including me see it as the gas of life, with little climate significance.” [8]

In an opinion piece for The Oregonian, Fulks claimed that climate scientists were captured by politicians.

“Reading the Proceedings of the National Academy of Sciences is much like reading Pravda during the Cold War: You do not look for beliefs, but for hints of change,” he wrote. [9]

Gordon Fulks attended a climate summit in Columbia County, according to someone who attended the event. Robert Maak, who agreed with Fulks, reported in a local media outlet: [10]

“At the climate summit in St. Helens, Chuck Weise and Dr. Gordon Fulks didn’t deny that climate change exists. What they did was show a lot of convincing evidence that man is not responsible for the increases in CO2 levels nor is it as destructive to the planet as the alarmists insist.

And it may even be beneficial in that higher CO2 levels increase the amount of vegetation on the planet which could be very beneficial to a growing world population.” [10]

Fulks delivered a talk titled “The Great Climate Swindle” at a meeting of the Central Oregon Federated Republican Women in Bend, Oregon. The slides for his presentation are available via the CO2 Coalition website. [11], [12]

Fulks wrote an opinion piece on the Heartland Institute web site thanking Oregon’s GOP state senators for opposing HB202, an initiative to establish a statewide carbon cap-and-trade system. Fulks wrote: “The latest research shows that humans are a small contributor to the enormous Global Carbon Cycle. Mother Nature controls over 95% of this cycle…Don’t worry about our climate. Mother Nature surely knows how to regulate it. Scientifically illiterate Democrats surely do not!” [13]

In a guest column at The Bulletin, Fulks criticized climate scientist Michael E. Mann for a prior guest column Mann wrote. Fulks claimed that “The honest science spectacularly fails to support [Mann].” [14]

Mann later responded to Fulks, describing Fulks’ December 27 commentary as “a dishonest smear against scientists and science.” He noted that Fulks had promoted several “boiler-plate climate denier myths such as: (1) climate models have failed to predict the observed warming (in fact they’ve done a remarkable job); (2) NOAA scientists are fudging temperature data (a thoroughly debunked canard); and (3) temperatures were warmer during the so-called “Medieval Warm Period” (the evidence shows that global temperatures were not as warm as today).” [15]

Mann addressed a number of Fulks’ other accusations, including his dismissal of the National Academy of Sciences and misrepresentation of Mann’s work on the “Hockey Stick” curve demonstrating recent global warming. [15]

On October 3, Fulks commented on an opinion piece on global warming in The Economist titled “It’s Getting Hotter” by claiming that “The failure of the climate models to correctly predict the absence of warming for the last twenty years (despite a continued rise in CO2) has been the Achilles Heel of Global Warming hysteria.” [16]

In an Oregonian opinion piece published on January 3, Fulks addressed a brewing corruption scandal involving then-governor John Kitzhaber and his fiancée Cylvia Hayes by criticizing Hayes for “promoting climate hysteria.” “You can be sure that Kitzhaber and Hayes will be huge backers of the ‘don’t ask questions’ portion of the climate scam, because strict scientific accountability would toast them all,” he wrote. [7]

Fulks published an opinion piece in The Oregonian lamenting that with the re-election of President Barack Obama, “His radical followers declared, ‘This is our time,’ and ramped up efforts to transform society back to a simpler period when energy meant horse power and prosperity was a distant dream.” These efforts resulted in a “storm of alarmism,” Fulks said, based on faulty science. “The problems with classical greenhouse gas theory escape those who view science as politics (consensus) or as religion (belief),” he wrote. [9]

At a meeting of the Oregon chapter of the American Meteorological Society, Fulks gave a presentation titled, “Global Warming: Climate Orthodoxy perpetuates a Hoax.” In the presentation, Fulks compared the “prevailing dogmas” of climate science to that of the recently revised belief that peptic ulcers were caused by stress rather than bacteria. [17]

“In climate science we have a similar problem amplified many times, not only by those in authority at institutions like the National Academy of Sciences but by those ordinary scientists defending their research grants, by university administrators eager that the vast Federal gravy train continue to stop at their campus, by politicians who have built their reputations and agendas around the absolute correctness of Anthropogenic Global Warming, by a host of crony capitalists who have been lured into supporting ‘cures’ for our imagined climate ills by a vast array of subsidies, and of course by a large number of ordinary citizens who are easily dazzled by those in authority, because they lack education in science and because they see this as a new secular religion of ‘Environmentalism,’” he said. [17]

In October 2011, Fulks wrote a letter to the California Air Resources Board refuting a CARB report‘s conclusion that particulate matter from diesel smoke contributed to premature death among Californians. [18]

“The other crucial question where the report completely fails (does not even venture a guess) is a physical mechanism for low levels of dust causing cardiovascular harm but not cancer. Without a mechanism, we are left to wonder if the real causative factor of any alleged “enhanced mortality” might be something else completely removed from traffic related PM2.5 but likewise associated with a highly urbanized setting. There is no shortage of possibilities,” the letter said. [18]

Fulks does not appear active on social media.

According to his profile at The Heartland Institute, Fulks is “known for his Op-Eds in The Oregonian on Global Warming” including one titled “Global Warming: Climate Orthodoxy Perpetuates a Hoax” criticizing former governor Ted Kulongoski for “forcing State Climatologist George Taylor out of his position at Oregon State University because he expressed doubts about Anthropogenic Global Warming (AGW.” [2]

A search of Google Scholar reveals that Fulks has not published any articles directly related to climate change. He appears to have published an article in the Journal of Geophysical Research in 1975. [20]