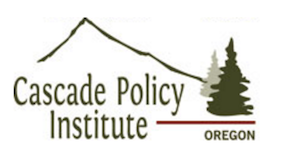 The Cascade Policy Institute (CPI) was founded in 1991 as a “nonprofit, nonpartisan public policy research and educational organization” based in Oregon. Its mission to “develop and promote public policy alternatives that foster individual liberty, personal responsibility and economic opportunity.” [1]

John A. Charles Jr. has been the president of the Cascade Policy Institute since 2005. John Charles once described Oregon’s Climate Trust, which had imposed regulations on carbon dioxide emissions, as a “extortion scheme,” and other carbon-reduction strategies as “coercive taxation income redistribution schemes.” [2]

“There’s a huge amount of money and there are financial incentives for researchers to have public discussion cut off, to say, ‘We know all this. We must do something’.”
“If the concern is people don’t have as much faith in science, I can see why. When I see what is said in the debate (over climate change) and the way people like me are demonized for being skeptical, it makes me think, ‘Well, then you’re manipulating society for political purposes.’ Why wouldn’t that apply in fields I know no nothing about, like cancer research?” [27]

The Cascade Policy Institute’s funding is derived from “the generous, voluntary contributions of individuals, businesses and foundations.” According to their website, “Cascade does not solicit or accept any government funding. Cascade is a 501(c)(3)(h) nonprofit educational organization. Contributions are fully tax-deductible to the extent provided by state and federal law.” [1]

The following is based on data the Conservative Transparency project has gathered from publicly-available 990 forms. Note that not all individual values have been verified by DeSmogBlog for accuracy. View the attached spreadsheet for additional details on Cascade Policy Institute funding by year (.xlsx). [4]

The Cascade Policy Institute’s single largest contributor is the Donors Capital Fund (DCF), a group that Mother Jones magazine has described as the “dark money ATM of the conservative movement,” along with its sister organization DonorsTrust. [5]

The Donors Capital Fund creates “donor-advised funds” for conservative donors, allowing them to anonymously donate large amounts of funds to specific projects or groups without revealing their identities. [5]

The Center for Media and Democracy (CMD) released a report in 2013 detailing think tanks that had been receiving significant funds from DonorsTrust and Donors Capital Fund. John Charles said that it was “’ludicrous’ to think that that Cascade is operating in lockstep with other conservative think tanks around the country.” [33], [34]

According to OregonLive, John Charles described the State Policy Network – which is headed by Cascade co-founder Tracie Sharp – as a loose-knit association of groups that share a common philosophy but otherwise operate independently. [34]

“We’re all free-market think tanks,” he said.  “We don’t believe in central planning.”
Charles said most of Cascade’s funding comes from in-state contributors.  He refused to discuss whether the group had received money from Donors Capital Fund, saying that, “I respect the privacy of our donors.” [34]

The Cascade Policy Institute, represented by John A. Charles, Jr. , was among 22 groups represented in a “Coalition” open letter pushing back against what the Heartland Institute describes as an “affront to free speech.” The groups are responding to the recent Web of Denial Resolution brought up in the Senate, calling out fossil fuel industry-funded groups denying climate change. [37]

According to the Climate Investigations Center, all but one of the open letter’s signatory organizations have taken money (totalling at least $92 million since 1997) from the “climate denial web” including Koch Brothers’ various foundations, ExxonMobil, and two “Dark Money” organizations, Donors Trust and Donors Capital Fund. [40]

Championed by Senators Whitehouse, Markey, Schatz, Boxer, Merkley, Warren, Sanders, and Franken, the resolution condemns what they are calling the #WebOfDenial — “interconnected groups – funded by the Koch brothers, major fossil fuel companies like ExxonMobil and Peabody Coal, identity-scrubbing groups like Donors Trust and Donors Capital, and their allies – developed and executed a massive campaign to deceive the public about climate change to halt climate action and protect their bottom lines.” [38]

The open letter addresses the senators, calling them “tyrants”:

“We hear you. Your threat is clear: There is a heavy and inconvenient cost to disagreeing with you. Calls for debate will be met with political retribution. That’s called tyranny. And, we reject it.” [39]

The full list of signatories and their respective organizations is as follows:

“I believe the Jordan Cove project and the Oregon LNG project would have been very positive for Oregon, by bringing in a very large investment to an economically depressed region by outside private investors,” Charles said. [36]

“However, as with the singing of the Sirens in Greek mythology, the coal-free vision is a fatal attraction, and Senators should strap themselves to the mast when listening to proponents,” Charles writes.  [28]

According to Charles, “Force-feeding more and more wind into the grid” risks grid failure.  [28]

“The Siren Song of a coal-free grid is ultimately destructive. We suggest that the Senate Committee steer around it. If that means that the advocates move forward with their threatened ballot measures, so be it. Voters are quite capable of deciding for themselves if they want a power grid that works, or one that randomly fails,” Charles concludes. [28]

A study by the Oregon Global Warming Commission chair found that the Clean Electricity and Coal Transition Plan would cut Oregon’s electric sector carbon emissions in half by 2030. [32] Additional analysis by Pacific Power and Renewable Northwest found that rates would raise no more than 1%, and could even be reduced by more than 2%. [30], [31]

“The left has abandoned the IPCC, after years of touting the agency’s unshakable standard of excellence. What changed were not the IPCC’s standards but its conclusions. New science has sparked the left’s new denial.“ [13]

The Cascade Policy Institute was a co-sponsor for the Heartland Institute‘s Sixth International Conference on Climate Change (ICCC6). [14]

The Cascade Policy Institute released a report titled “Think Twice Why Wind Power Mandates Are Wrong for the Northwest” by Todd Wynn and Eric Lowe. According to the CPI description, the report “highlights the problem with the legislature picking winners and losers in the energy market.” [17]

The Cascade Policy Institute was a co-sponsor for the Heartland Institute‘s Fourth International Conference on Climate Change (ICCC4). [18]

DeSmogBlog found that 19 of the 65 sponsors had received a total of over $40 million in funding since 1985 from ExxonMobil, Koch Industries, and Scaife family foundations. [19]

Todd Wynn, Vice President of the Cascade Policy Institute, spoke at a 2010 Tea Party Rally in Salem on the subject of Cap and Trade (video below).

Tea Party Cap and Trade from Cascade Policy on Vimeo.

The Cascade Policy Institute was a co-sponsor for the Heartland Institute‘s Second International Conference on Climate Change (ICCC2). [20]

DeSmogBlog researched the funding behind Heartland’s Second International Conference on Climate Change and found that sponsor organizations had received over $47 million in funding from energy companies and right-wing foundations.  [21]

The Cascade Policy Institute funded and developed the video “Climate Chains.” They describe the video as “22-minute documentary that exposes extreme environmentalism and the misguided pursuit of cap-and-trade legislation. Climate Chains not only explains the dangers of this legislation but offers an alternative to top-down regulation in the form of free market environmentalism.” [22]

Climate Chains supposes that “One of the greatest threats to freedom and prosperity in America is climate change legislation.”

“Experts” appearing in the video included: [24]

The Cascade Policy Institute was a co-sponsor for the Heartland Institute‘s First International Conference on Climate Change (ICCC1) in New York. [25]

The Cascade Policy Institute offers a summer internship program through the “Charles G. Koch Summer Fellow Program,” and administered by the Institute for Humane Studies and the State Policy Network. [10]

The Cascade Policy Institute is hosting a “Carbon Cartel Education Project” that operates on the premise that “One of the greatest threats to freedom and economic prosperity in America today is climate change legislation.” [11]

The goal of the Carbon Cartel Education Project is “to raise awareness of the costs and implications of policies based on global warming alarmism by conducting a multi-faceted campaign to peel away grassroots political support for carbon restrictions, while simultaneously promoting market-based policies that preserve individual liberty, economic opportunity, and environmental quality.”