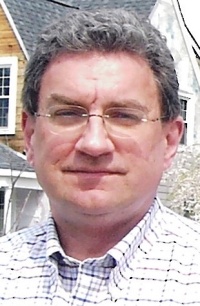 In 2006, Easterbrook changed his views regarding global warming. He believes that “though there could be benefits to a warming world, the bad is likely to outweigh the good.” [3]

“Yes: the science has changed from ambiguous to near-unanimous. As an environmental commentator, I have a long record of opposing alarmism. But based on the data I’m now switching sides regarding global warming, from skeptic to convert… .

“Many greenhouse uncertainties remain, including whether rising temperatures would necessarily be bad. A warming world might moderate global energy demand: the rise in temperature so far has mostly expressed itself as milder winters, not hotter summers. Warming might open vast areas of Alaska, Canada and Russia to development… .

“Scientific substantiation of a warming world is not necessarily reason for gloom. Greenhouse gases are an air pollution problem, and all air pollution problems of the past have cost significantly less to fix than critics projected, and the solutions have worked faster than expected.” [5]

“… the consensus of the scientific community has shifted from skepticism to near-unanimous acceptance of the evidence of an artificial greenhouse effect. Second, while artificial climate change may have some beneficial effects, the odds are we’re not going to like it. Third, reducing emissions of greenhouse gases may turn out to be much more practical and affordable than currently assumed.” [3]

“Though environmental orthodoxy holds that Third World deforestation is caused by rapacious clear-cutters and ruthless cattle barons, penniless peasants seeking fuel wood may be the greatest threat to our forests.” [6]

“If our goal in legislating against carbon releases is not simply punishing the West and its power companies but truly trying to reduce the accumulation of greenhouse gasses in the atmosphere, the main event will be in the developing world. We must use the smartest possible economics, and that means investing in China and India.” [7]

The Smith Richardson Foundation made a grant of $67,500 to the Brookings Institution for Easterbrook to research and write a book Is Life Getting Better?.

Media Transparency noted that the book “will assess whether the quality of life in America is improving. He will analyze data on social and economic indicators, such as crime rates, living standards, health outcomes, and environmental quality, and consider some of the normative questions of how quality of life is defined.”

Easterbrook published the book A Moment on the Earth on Earth Day, 1995. The book is described on Easterbrook’s homepage:

“Subtitled ‘the coming age of environmental optimism,’ this book anticipated by nearly a decade the current evidence that in the Western nations, all forms of pollution except greenhouse gases are declining.”

According to a search of Google Scholar, Gregg Easterbrook has not published any article sin peer reviewed journals on the subject of climate. He has published numerous newspaper articles and books on the subject: