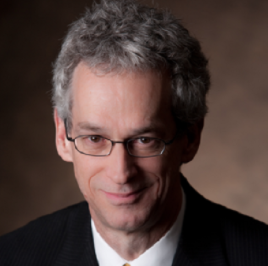 MacDougald was part of the legal team that worked with the Southeastern Legal Foundation to challenge the EPA‘s endangerment finding on greenhouse gases. In its lawsuit against the EPA, Southeastern Legal identified its allies in the effort as “like-minded organizations” including the Competitive Enterprise Institute, Heritage Foundation, Cato Institute, and the Independent Women’s Forum, among others.” [3]

MacDougald also filed on a petition for reconsideration of the endangerment finding on behalf of the Concerned Household Electricity Consumers Council (CHECC) with the help of Francis Menton of New York. MacDougald has also strongly opposed the Obama administration’s Clean Power Plan. [4]

In 2011, he co-authored an amicus brief on behalf of climate change deniers Ross McKitrick, Patrick Michaels, and Laurence Gould to support the energy company American Electric Power in its case against Connecticut. [2]

On a pro-bono basis, he has filed a range of other amicus briefs and petitions opposing either the Clean Power Plan or the endangerment finding. [2]

MacDougald helped submit comments from The Concerned Household Electricity Consumers Council (CHECC), aimed at combatting the Clean Power Plan and the endangerment finding, describe CO2 as a “beneficial gas, not a pollutant,” According to the CHCC press release: [5]

“CO2 is a Beneficial Gas, not a Pollutant. As a result, the Social Cost of Carbon is Negative since CO2 is so very critical to plant growth and therefore human life.”

“If you want to know where to stop CO2 regulation in the quest to fix the weather, and you’re turning the CO2 climate control knob and you want to know what the correct setting is, there is no answer. EPA has not supplied one. The court did not require them to set a standard. So there is no concentration, there is no global average surface temperature at which you can say ‘at last we have averted disaster.’ So there’s no metric, there’s no standard you can look to to say this much is enough… . And obviously there is no amount of regulation that will ever fix the weather.”

“It is a direct threat to the president’s energy dominance agenda. And the next Democratic administration—and there will be one—will turn the screws,” MacDougald said.

“The endangerment finding will hamstring the full exploitation of fossil fuels,” MacDougald said during his presentation at the Heartland Institute‘s 2017 America First Energy Conference. “Basically, every node of the industrial economy is subject to regulation for the sake of fixing the weather.” [6]

“The purpose of this event is to promote and expand energy freedom in the United States, as outlined in President Donald Trump’s bold America First Energy Plan, a proposal first released during the 2016 presidential campaign. The president’s plan marks a decisive change in direction from the Obama administration’s ‘war on fossil fuels’ and focus on the theory of catastrophic man-caused climate change,” the conference description reads. [8]

He spoke on a panel titled “Climate Lawsuits Against Energy Companies and the Government.” [9]

“If the endangerment finding is left in place, it is a direct threat to the energy dominance agenda by regulatory strangulation,” MacDougal said during the presentation.

MacDougald spoke on a panel at the Heartland Institute’s America First Energy Conference in 2017. Speakers at that conference included Louisiana Attorney General Jeff Landry and Vincent DeVito, then-Counselor for Energy Policy at the U.S. Department of Interior. [10]

View video below (also PDF) of his related presentation:

“Harry MacDougald explained why judges often reject science arguments, preferring to rule on procedural matters rather than substantive matters, and so lawyers often avoid science arguments in court. But Harry believes our science arguments are much stronger than most lawyers believe, and they must be included in litigation to overcome the initial presumption held by many judges that the science is settled and EPA and other regulators are ‘doing the right thing,’” Bast’s notes on the event read. [11]

CHECC and MacDougald initially submitted a petition to EPA on January 20, 2017 requesting it revoke the endangerment finding, based in part on a report by James Wallace, John Christy, and Joseph D’Aleo from September 21, 2016. In a comment submission, MacDougald presented “science arguments” suggesting “the Clean Power Plan should not be replaced with anything at all.” [13]

“New research findings make it all but certain that CO2 is not a pollutant but rather a beneficial gas that should not be regulated,” those comments read.

On May 8, 2017, CHECC filed a supplemental petition to the EPA, continuing to fight the endangerment finding. The “new highly relevant information” presented in that petition was an April 2017 report by Wallace, Christy, and D’Aleo contesting there is no tropical hot spot. [14]

Some of the submitted comments argue the reports underwent peer review. Based on the sample of one submission paper, that peer review appears to have been carried exclusively between climate change deniers: Harold Doiron, Craig Idso, Richard Keen, Anthony Lupo, and Thomas Sheahen are among those who “agree with the conclusion of this report” in that example. [15]

Peter Glaser argued on behalf of the Coalition for Responsible Regulation, with MacDougald among those who were with him on the case. Petitioners included:

E&E News reported in February 2012 that MacDougald was among lawyers focused on challenging the endangerment finding rule, facing off against defenders from the EPA and Attorney General’s Office for Massachusetts. [16]

A joint brief dated June 3, 2011 combined a range of cases brought against the EPA by industry groups. Petitioners listed in the brief included:

MacDougald reportedly blogged under the pseudonym “Buckhead” at the conservative Free Republic where he became known for being the first to report on the so-called “Rathergate.” [21]

MacDougald had a piece featured at the International Climate and Environmental Change Assessment Project (ICECAP), a website run by meteorologist and climate change denier Joseph D’Aleo. In his article, MacDougald features a research report by D’Aleo, John Christy, and James Wallance that he had used to argue his legal case against the endangerment finding. [20]