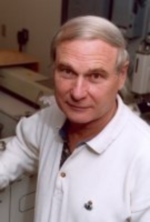 Jan Veizer is an emeritus professor of Geology at the University of Ottawa (Emeritus since April 2004) where he held the NSERC/Noranda/CIAR Research Chair in Earth Systems. From 1992 to 2004 he also served as the Director of the ‘Earth System Evolution Program’ of the Canadian Institute for Advanced Research (CIAR).

Veizer retired from the Chair of Sedimentary and Isotope Geology at Ruhr University in Bochum, Germany. [1]

Veizer has published papers, one with fellow skeptic Nir Shaviv, suggesting that CO2 has a lesser effect on climate change than other factors. Veizer was also a speaker at the Heartland Institute’s 2009 International Conference on Climate Change.

“MANY people think the science of climate change is settled. It isn’t. And the issue is not whether there has been an overall warming during the past century. There has, although it was not uniform and none was observed during the past decade. The geologic record provides us with abundant evidence for such perpetual natural climate variability, from icecaps reaching almost to the equator to none at all, even at the poles.” [2]

“Empirical observations on all time scales point to celestial phenomena as the principal driver of climate, with greenhouse gases acting only as potential amplifiers.” [3]

Veizer was a speaker at the Heartland Institute‘s Second International Conference on Climate Change (ICCC2) in New York City.

Veizer’s speech, titled “Climate, Water, Carbon Dioxide and the Sun” can be viewed below.

Appeared in the film, “The Cloud Mystery” (see part 4 of 6, at 8:20), a film that documents the the research of fellow skeptic Henrik Svensmark who also believes that solar rays have a stronger influence than carbon dioxide on climate change. [4]

Veizer is the co-author of a study titled “Coupling of surface temperatures and atmospheric CO2 concentrations during the Palaeozoic era,” published in Nature.

Interestingly, the abstract for the study concludes:

“Our results are consistent with the proposal that increased atmospheric carbon dioxide concentrations drive or amplify increased global temperatures.”

While some sources suggest that in this Veizer is contradicting his previous study, Veizer was interviewed by Steve Milloy of Junkscience.com, and he claimed that the new study actually confirmed his original conclusions. [5]

“First, Veizer reluctantly told me the ‘text’ of the Nature study, that is, the above-quoted conclusion, represented a ‘compromise’ between the study’s disagreeing authors where Veizer’s side apparently did all the compromising for reasons that had little to do with the science.

While Veizer didn’t want to elaborate on the politics of the Nature study, he told me ‘not to take the tone of the paper as the definitive last word.’

Veizer went on to say that the new Nature study has not refuted his original study. The new study, in fact, appears to have confirmed the original study with respect to its most important point that the historical sea surface temperature data indicate atmospheric carbon dioxide does not drive global temperature.”

Together with Nir J. Shaviv, an Israeli astrophysicist and climate change skeptic, Veizer published a paper in Geological Society of America suggesting a reduced influence of carbon dioxide to Climate Change as opposed to a more significant influence from cosmic rays.

Several German (Veizer has been working in Bochum as well) IPCC oriented climatologists reacted toward the first summary of the paper with a sharp press release published by Potsdam Institute für Klimafolgenforschung (PIK) that denounced the paper as “useless,” “outdated” and questioned whether the researchers and their methods were reputable. [7]

Spoke at the Eleventh Annual V. M. Goldschmidt Conference. His speech was titled “Four Billion Years of Carbon Cycle: What’s in It for Us?”, and focused on how “water vapour may have been the most important greenhouse gas.” [8]

Veizer co-authored a paper with Yves Godderis and Louis M. Franç titled “Evidence for decoupling of atmospheric CO2 and global climate during the Phanerozoic eon” that concluded atmospheric carbon dioxide concentrations may not be the principal driver of climate variability on geological timescales.