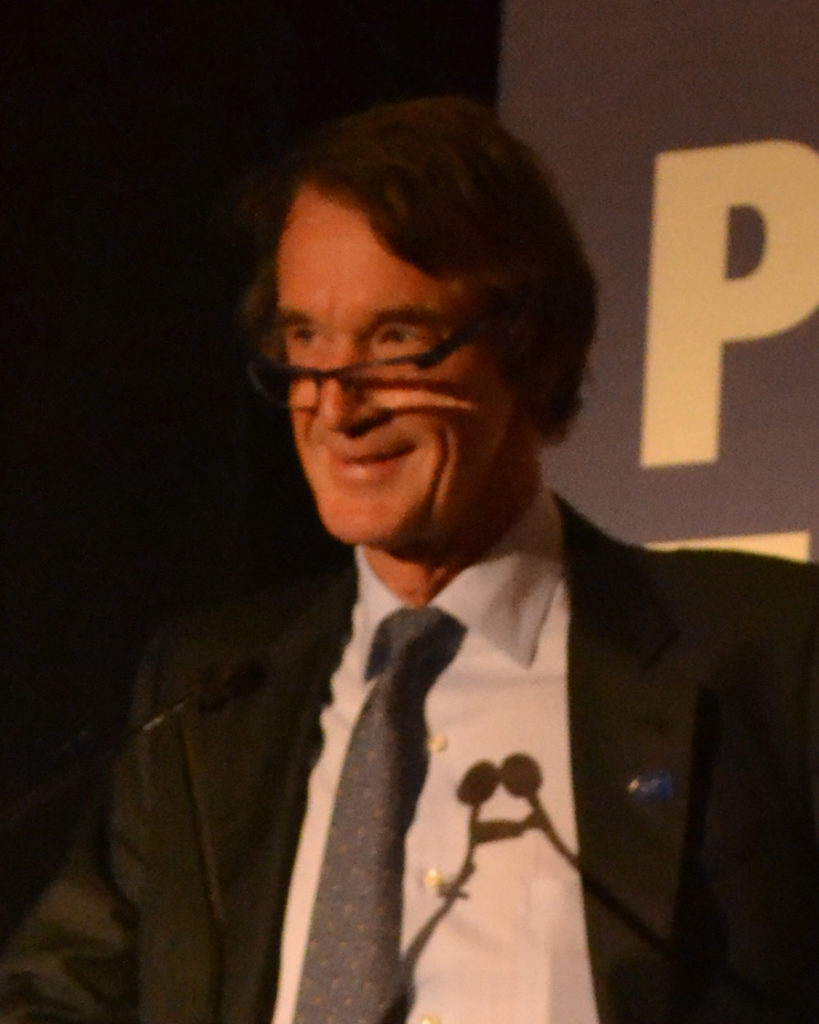 Jim Ratcliffe is chairman, co-founder, and majority owner of US petrochemical giant INEOS. [1]

He has described shale gas as a “saviour“ of the UK economy. He is known for his aggressive pursuit of industrial assets in the UK, including the Grangemouth petrochemical plant and refinery, Forties pipeline, and fracking licenses. [2], [3], [4], [5]

Ratcliffe confessed to moving his operations to the tax-haven of Geneva, Switzerland, with some parts of INEOS’ business now returned to the UK. [6]

He forced the closure of the Grangemouth refinery in 2013 after a dispute with trade unions over working conditions and pension payments. [7]

While Ratcliffe does not appear to have released an official statement on climate change, Daily Mail reported in 2015 that he was building a new “climate change proof” £4 million beachfront mansion in the UK. [8]

INEOS has come under fire for its carbon footprint, which it has historically refused to disclose, while some have suggested the group may be one of Britain’s largest polluters. [9]

“It seems reasonable to assume that INEOS‘ emissions amount to millions, if not tens of millions of CO2 every year,” a Christian Aid spokesman said.

“Yet despite the company’s vast scale, it manages to keep an extremely low profile, releasing only snippets of information about its emissions of greenhouse gases.

“The fondness for a low profile is shared by majority shareholder Jim Ratcliffe, Britain’s tenth richest man with an estimated personal fortune of £3.”

Documents released under a freedom of information act request revealed INEOS was also leading a push to use Brexit as an opportunity to exempt the chemical sector entirely from climate change policy costs, The Guardian reported. [10]

On hearing that Ratcliffe’s INEOS was set to purchase the Forties pipeline from BP, an industry insider told Scotland’s Daily Record: [11]

“Holy sh*t. This would be like giving a monkey a machete […] Letting Jim Ratcliffe loose on all the operators who feed into that pipeline is a dangerous, dangerous ploy.”

Ratcliffe was quoted in an article at The National, a Scottish paper, where he blamed a “vocal minority” for opposing shale gas and described it as a “savior” for the UK economy: [2]

“There’s no science behind the arguments the vocal minority are making,” Ratcliffe claimed. “America is much more regulated than the UK and they’ve drilled a million wells and it’s been very successful, they’re not polluting things and I don’t understand it other than the vocal minority makes more noise than the majority who are in favour of shale in every survey that we do.”

“You can’t have an energy policy that means you can only have a bath when the wind blows, Ratcliffe said in an interview with The Guardian/The Observer. [12]

With regards to fracking, Ratcliffe added:

“I think a lot of opposition is based on hearsay and rumour. In the US they have drilled one million wells and not had an environmental incident for six years.”

Ratcliffe wrote a comment piece for the Daily Telegraph reflecting on the Grangemouth industrial dispute, in which he says of trade unions: [13]

“It is misplaced for unions in Britain to think that we are the enemy. We are not. It is not necessary, nor appropriate, to sow dissent and misrepresent employees or constantly to threaten industrial action. It is wrong for “brothers and sisters” letters (this is how missives from the union to members on site are addressed) to describe doubters or anyone who deigns to cross the union as scabs. It also has the hallmarks of bullying. Not only is it wrong but it is also intimidating, and designed to suppress alternative views – an attitude that runs absolutely counter to the values of society today, in which freedom of speech is cherished.”

Ratcliffe officially relocated to Monaco, Bloomberg reported, where residents are not obligated to pay income or capital gains taxes. He had originally considered moving the location of INEOS abroad after a tax disagreement with the British government. [21]

Ratcliffe called on the government to relax regulations on earth tremors caused by fracking or ban the extraction method altogether, the Independent reported. He referred to the regulatory environment in the US where earthquakes of up to 4.0 on the Richter scale are permitted. [19]

INEOS successfully obtained a temporary national injunction against all anti-fracking protests to its activities. INEOS has licenses to explore for shale gas across the largest area of any company in the UK. [14]

Ratcliffe met with Scotland’s first minister, Nicola Sturgeon, on the same day the Scottish government announced a moratorium on fracking. [15]

Ratcliffe forced the closure of the Grangemouth refinery during an industrial dispute. INEOS said it would consider whether to reopen the plant once the “threat of strike action” had been removed. [7]