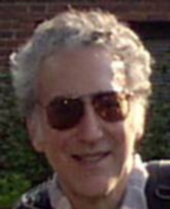 Laurence I. Gould is a professor of physics at the University of Hartford in Connecticut. He is also former chairman of the New England Section of the American Physical Society.

He was a Yale Visiting Fellow in 1988-89 in the Philosophy Department lecturing on the Foundations of Physics, working in the foundations of relativity and of quantum theory.

Gould lists his research interests as “mathematical physics and science education, symbolic computational physics, a critical analysis of global warming, the foundations of quantum theory, and the history of science.” [2]

Larry Gould describes himself as “a physicist/educator who has been engaged in activities to inform members of academia and other citizens about the nature of the widespread alarmist claims of anthropogenic ‘global warming/climate change’ and of the dangers of accepting such claims.”

In this role, he has conducted many lectures, interviews, workshops, publications, research projects, and classes. Here is a list of many of his appearances in the media (PDF).

He is on the academic advisory board of the climate science denying think tank, the Global Warming Policy Foundation, based in London, UK.

“Anthropogenic emission of CO2 is causing dangerous global warming. FALSE, regardless of the widespread claims, because of the massive amount of scientific evidence and analysis which contradict such claims.” [3]

“There continues to be an increasing number of scientists and public figures around the world who are challenging the dominant political- and media-driven claims, bolstered by so-called ‘consensus’ scientific views, that dangerous “global warming/climate change” is caused primarily by human-produced carbon dioxide. This public talk will show that the weight of scientific evidence strongly contradicts the alarmist claims. It will also explain what are some likely scientific, educational, economic, and societal consequences resulting from the corruption of the scientific method… .”

“Atmospheric Carbon Dioxide is NOT ‘pollution.’ To Restrict Carbon dioxide –

(1) Will have an utterly NEGLIGIBLE effect on Climate

In January 2018, more than 200 scientists endorsed an open letter calling on the American Museum of Natural History (AMNH) to remove climate change denier Rebekah Mercer from its board and to “end ties to anti-science propagandists and funders of climate science misinformation.” The New York Times reported that those among the AMNH letter calling for Mercer to step down were Michael E. Mann, director of the Earth System Science Center at Pennsylvania State University, and Katharine Hayhoe, director of the Climate Science Center at Texas Tech University. [11]

Guold was among a group of climate change deniers who responded with their own open letter, calling for the AMNH “not to cave in to this pressure.” The letter was signed by numerous individuals with ties to groups funded by the Mercer Family Foundation such as Will Happer of the CO2 CoalitionRichard Lindzen, a fellow at the Cato InstituteCraig Idso, the chairman of the Center for the Study of Carbon Dioxide and Global Change. There are a number of signatories affiliated with the Heartland Institute, which has received over $5.78 million from the Mercer Family Foundation since 2008. [12]

Laurence Gould joined the academic advisory board of the climate science denying think tank, the Global Warming Policy Foundation (GWPF). Based in London, UK, the GWPF was founded by former chancellor of the exchequer Nigel Lawson, and sits at the heart of a web of pro-Brexit organisations pushing climate disinformation out of offices at 55 Tufton St. [10]

Laurence Gould was a signatory of a petition (PDF) organized by Richard Lindzen of the Cato Institute urging President Donald Trump to pull the United States out of the United Nations international convention on climate change (UNFCCC). [8]

“In just a few weeks, more than 300 eminent scientists and other qualified individuals from around the world have signed the petition below,” Lindzen wrote in the letter. [8]

DeSmog investigated the list, and found that only a small handful of the signatories could be considered “even remotely ‘qualified’ or ‘eminent’ — but not in the field of climate science.” The list included individuals “interested in climate,” and one signatory who only identified as an “emailer who wished to sign the petition” while some signers provided no affiliation or address whatsoever. [9]

Gould was a panelist at the Heartland Institute’s Ninth International Conference on Climate Change (ICCC9) in Las Vegas, Nevada. [7] He spoke on Panel 15: “How Reliable are Temperature Records? Is Global Warming Rapid and Dangerous?” with Norman Rogers, Richard Keen, and Anthony Watts.

Panel 15: How Reliable are Temperature Records? Is Global Warming Rapid and Dangerous?

Gould was a speaker at the Heartland Institute‘s Seventh International Conference on Climate Change (ICCC7) where he delivered a speech titled “Global Warming: Issues for Education and for Scientific Societies.” [15]

Gould was a speaker at the Heartland Institute‘s Fourth International Conference on Climate Change (ICCC4) where he delivered a speech titled “What You Don’t Know CAN Hurt You (and Others): Advice to Educators (and Others)” which can be viewed below. [14]

Gould was a keynote speaker at the Heartland Institute‘s Second International Conference on Climate Change (ICCC2) where he delivered a speech titled “Global Warming Alarmism: Checking the Claims, Exposing the Methods.” [5]

DeSmogBlog researched the funding behind Heartland’s Second International Conference on Climate Change, and found that sponsor organizations had received over $47 million in funding from energy companies and right-wing foundations, with 78% of that total coming from the Scaife Family of foundations.

He has since given the same speech to the South Windsor Rotary Club, in May, 2009, and his power point is still available on his website.

Gould wrote an open letter (PDF) to the American Physical Society (APS) where he claims that there is a “massive amount of scientific evidence and analysis which contradict [man-made global warming].” [3]

“Currently, the cumulative scientific evidence shows that the AGWA [my acronym for AGW Alarmist (or Alarmism)] claims have not been substantiated. Those claims should, therefore, not be used as a guide to government policy and should not be supported by any scientific organizations, much less one as eminent as the American Physical Society, without further rigorous, open, and honest examination.”