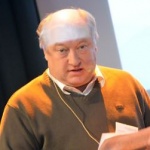 Mikko Paunio is an epidemiologist who has worked for a number of public health institutions in his native Finland, as well as a brief spell at the World Bank, and is currently Senior Medical Officer in the Ministry of Social Affairs and Health of Finland. [1]

As a researcher earlier in his career, he co-authored a famous article in the respected medical journal, The Lancet, exposing a now-discredited research paper which claimed to show a link between MMR vaccinations and autism. [2], [3]

He has written a series of reports and articles for the climate science denial thinktank the Global Warming Policy Foundation (GWPF), claiming that international climate policy is preventing developing countries from tackling their public health challenges by “coercing” them into adopting “utopian energy policies.” [4]

In a report called “Kicking Away the Energy Ladder” and published in May 2018, he claimed that climate mitigation policies will “result in the loss of over 200 million lives by 2050.” [5], [4]

Paunio is a member of the American Council on Science and Health’s (ACSH) board of scientific and policy advisors. [5]

In a blog post, he criticised French President Emmanuel Macron for expressing concern about climate refugees in a speech, calling it “appalling, dangerous propaganda.” [6], [7]

Previous statements of his seem to suggest he accepts anthropogenic climate change. In a lecture he gave in 2014, entitled “Why are developing countries more vulnerable to projected climate change than OECD countries?” Paunio argued that a lack of infrastructure “makes developing nations and especially their poor vulnerable to CC.” [8], [9]

He is listed at the bottom of a 2008 statement from the Finnish government ministry he works for, stating: [10]

“In recent years, heatwaves, droughts, and floods have caused more and more havoc all over the world. Climate change and especially the effects of weather extremes are a serious threat to health.”

In a report for the Global Warming Policy Foundation, Paunio claimed: [20]

“It is increasingly clear that governments in poor countries realise that there is nothing for them in the climate movement. On the contrary, the actions proposed by the IPCC are a major threat to their people’s wellbeing. So they are going to continue to develop fossil fuel resources, and they will be the better for it.”

In the executive summary of his GWPF report entitled “Sacrificing the Poor: The Lancet on ‘Pollution’,” Paunio wrote: [12]

“Although the authors of the pollution report have sought to take the moral high ground by quoting the Pope’s Laudato Si encyclical on the environment, both of the reports are immoral, and gross distortions of public health science and the historical achievements of health protection.”

In an article for The Spectator, Paunio said: [13]

“The Paris climate treaty was just the latest step in the wrong direction, pushing hopes for water supply development still further out of reach for those who need it most. And the apparent focus of the World Health Organisation on climate change – rather than more primary healthcare needs – is symbolic of this abandonment of the poor.”

One of the blog posts on Paunio’s website, translated to “Nazis, wind power and climate change,” is based on an article by David Archibald of the American climate science denying think-tank, the Heartland Institute. In it, he calls wind turbines “monsters” and coal “absolutely necessary for Helsinki.” [14]

The subject was also taken up by British columnist James Delingpole in a double-page splash for the Daily Mail. [15]

Paunio wrote an article for The Financial Post which was reposted by The Global Warming Policy Forum. The article criticised the Canadian government’s decision to ban single-use plastics, referring to it as “the ugly consequence of the green economy and the urge to recycle.” Paunio asserted that this would lead to Western countries burning large quantities of plastic, as recycling the material was “impossible with current technologies.” He added that large -scale recycling “may never be economically viable or environmentally friendly.” [22]

The Global Warming Policy Foundation published another report by Paunio entitled “The Health Benefits of Ignoring the IPCC” in which he criticised the UN Intergovernmental Panel on Climate Change (IPCC) for supporting the use of biofuels and for “standing in the way of the building of reliable electricity supplies in the developing world.” [21]

Paunio published a report for the GWPF called “Kicking Away the Energy Ladder” in which he claimed that “international bodies and NGOs are trying to prevent poor countries from expanding their use of conventional fuels” and “have abandoned the so-called “energy ladder” — the gradual shift to cleaner types of fuel that underpinned the clean up of air quality in industrialised nations.” [5], [4]

He says climate policy will “result in the loss of over 200 million lives by 2050” and is “hampering the expansion of electric grids,” which he argues is key to providing adequate water supplies.

In the report, Paunio contended that environmentalists “fear that by taking steps upwards on the energy ladder, from dirty solid fuels such as cow dung or crop residues, and towards use of electricity, poor countries would become wealthier and so increase their energy use and their carbon intensity.” He added they are “now coercing the poorest countries to adopt utopian energy policies based on renewables.” [5]

Paunio wrote an article in The Spectator claiming that the “green lobby’s energy obsession” is “preventing [the poorest people in the world] from developing electricity grids that are essential for adequate water and sewage supplies” because of the “prevailing doctrine that we have to save water and energy at all costs.” [13]

The Spectator frequently publishes articles by climate science deniers such as Charles Moore and its editor, Fraser Nelson.

Paunio published a report for the GWPF called “Sacrificing the Poor” with a foreword by climate science denier and Labour Party peer, Lord Donoughue, who is also on the Global Warming Policy Foundation board of trustees. [12], [16]

In it, he claims a report in the Lancet medical journal on deaths caused by pollution worldwide is based on false conclusions and that the 9 million deaths a year it attributes to pollution are actually just a “function of underdevelopment.” [12]

Paunio published a paper arguing that sustainability and public health agendas are in conflict for the ACSH who have taken funding from fossil fuel companies such as ExxonMobil. [17], [18]

Paunio gave a lecture at the University of Oulu, Finland, as part of 3-day course, called Climate Change, Weather and Human Health. His presentation was entitled: “Why are developing countries more vulnerable to projected climate change than OECD countries?” arguing that the difference between the resilience of developing and developed countries is as a result of inadequate infrastructure, including water supplies, hygiene and affordable, constant electricity, and says there needs to be efforts made at climate adaptation. [8],  [9]

A full list of Paunio’s publications in journals is listed in his CV. [1]