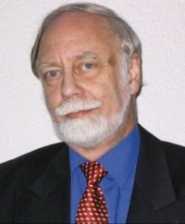 Peter Dietze is an independent energy advisor from Bavaria, Germany. He is an electrical engineer.  According to one profile, Dietze studied electrical and control engineering and his professional work was in “software development for power system control.”

His interest in natural sciences, energy and energy politics “led to over ten years of intensive private (non-sponsored) work in global warming science with focus on carbon models. Results were published in a dozen of articles and several presentations.” [1]

He has been described as an official IPCC reviewer.

“The estimation of radiative forcing done here, shows that IPCC‘s CO2 climate sensitivity has indeed to be reduced considerably, just resulting in a rather harmless (if not beneficial) warming till 2100. The corrections applied (as well as those for IPCC‘s seriously flawed carbon cycle model), would completely turn over all simulation results presented in the TAR.

“The temperature trend of ground readings (especially because of unreliable ocean surface measurements) should not be (mis)used as a “proof” for the correctness of the highly erroneous CO2 sensitivity parameter on which the IPCC model results are based on. A considerable part of the observed ground warming has to be allocated to amplification of solar forcing (via cloud coverage), as well as to urban heating and forest clearing (i.e. reduction of evaporation).

“Within this century a reduction of emissions is indeed not at all necessary, as in 2090 most of the usable fossil fuel (estimated as 1300 GtC) will be depleted and the CO2 concentration will not even be 550 ppm. When fossil reserves become rare, technology can be expected turning to bulk power production from fusion reactors and thorium breeders anyway. The latter alone will be able to supply mankind with the presently used amount of energy from oil and gas for 10.000 years.” (Emphasis Added) [2]

“So IPCC scientists should in future be more circumspect in their claims to avoid the prospect of millions of people suffering from carbon taxes, lack of energy, unemployment and putting the blame back onto them. There is no doubt: – Reducing IPCC‘s global warming is much easier than reducing global CO2 emissions.” [1]

Deitze was a signatory to the 1995 “Leipzig Declaration,” which was a project of Fred Singer’s Science and Environmental Policy Project and a group called the European Academy of Environmental Affairs. The declaration stated that “there does not exist today a general scientific consensus about the importance of greenhouse warming from rising levels of carbon dioxide.” [3]

According to Sourcewatch, when a Danish journalist attempted to contact the 33 European scientists listed on the petition, 12 denied signing the petition and some had not even heard of the Leipzig Declaration. Of those that did admit to signing the letter, one was a doctor and another was an expert on flying insects. The declaration was then revised and Dietze’s name, among others, was removed.

A similar tactic was used in the Oregon Institute’s petition in which Fred Singer, SEPP and the George C. Marshall Institute were also deeply involved.

The group contained 14 unnamed “climate scientists” to make up SEPP‘s “Science Integrity Team.” The team set out to present its findings “in plain English” to congress and the media—findings which suggested a lack of significant or human-caused global warming while concluding that “if the earth were to warm slightly, and atmospheric CO2 were to increase, the effects would be mostly beneficial.” Others who participated in SEPP‘s briefing included Hugh Ellsaesser, David Wojick, Richard Courtney, Vincent Gray, Wibjorn Karlin, Ross McKitrick and numerous other global warming deniers.

According to a search of 22,000 academic journals, Dietze has not published research in a peer-reviewed journal on the subject of climate change. There is a “P. Dietze” listed in three research papers from the 1970s on electrical engineering.

Many of Dietze’s articles, including his “scientific” review of the IPCC‘s Third Assessment Report, are featured on the website “Still Waiting for Greenhouse.” The site was created by the now-deceased global warming skeptic John L. Daly.