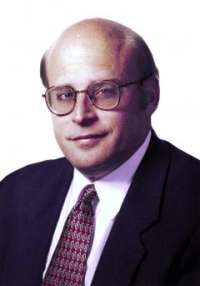 Peter Ferrara is a senior fellow for entitlement and budget policy at the Heartland Institute, and senior fellow at the Social Security Institute. Ferrera was formerly the general counsel of the American Civil Rights Union and also a former member of the Policy Board for the Carleson Center for Public Policy. [13],  [14]

He served in the White House Office of Policy Development under President Reagan, and as Associate Deputy Attorney General of the United States under President George H.W. Bush. [3]

“Any speaker, any authority, any journalist or bureaucrat asserting the catastrophic danger of supposed man-caused global warming needs to be asked for their response to Climate Change Reconsidered. If they have none, then they are not qualified to address the subject.” [4]

“President Trump challenged Democrats yesterday to join him on bipartisan immigration and infrastructure deals. He has yet to hear any positive response from them. They could not even applaud the lowest unemployment rate for blacks in American history, or higher wages and more jobs for all American workers.” [21]

Following EPA administrator Scott Pruitt‘s announcement that the Trump administration would be scrapping the Clean Power Plan, Ferrara issued the following statement via the Heartland Institute: [17]

“The move to end the Clean Power Plan is part of President Donald Trump’s pro-growth deregulation effort, which has already helped to cause the stock market to set numerous all-time records and grow the economy at a rate that’s 50 percent faster than at any time under President Barack Obama. This is exactly what the voters wanted when they voted in November.”

“How could the scientists involved in the National Climate Assessment, and the U.N.’s IPCC reports, get the basic global warming/climate change science so wrong, as discussed above? During the Soviet Communist era in Russia, under Stalin in the 1930s, the government promoted a peasant, non-scientist named Trofim Lysenko to be the Director of the Soviet Lenin All-Union Academy of Agricultural Sciences. Lysenko virulently rejected the rising Mendelian genetics of the time, holding that acquired characteristics of plants, and maybe of animals and even humans, during their lives could be inherited. This fit the reigning Marxist doctrine of the time that human character and traits were malleable, and that the Soviet government was in the process of creating the selfless, modern, new Soviet man, perfectly suited to life under Communism.”

“Those who promote the politically correct theory are favored with billions from government grants and neo-Marxist environmentalist largesse, and official recognition and award. Faked and tampered data and evidence has arisen in favor of the politically correct theory. Is not man-caused, catastrophic global warming now the only theory allowed to be taught in the West?

Those in positions of scientific authority in the West who have collaborated with this new Lysenkoism because they felt they must be politically correct, and/or because of the money, publicity, and recognition to be gained, have disgraced themselves and the integrity of their institutions, organizations and publications.

But there is a more virulent strain at the root of Western Lysenkoism today. Scientists, like Holdren and Michael Mann, can be leftist ideologues as well, posing to manipulate and mislead for the good of the cause. Bottom line: green is the new red. That is why Obama at root is so committed to it.”

“While I am not a scientist, and write primarily on economics, tax policy and budget issues, I have been fascinated over the years by Heartland’s work on climate change.” [4]

“The purpose of this event is to promote and expand energy freedom in the United States, as outlined in President Donald Trump’s bold America First Energy Plan, a proposal first released during the 2016 presidential campaign. The president’s plan marks a decisive change in direction from the Obama administration’s ‘war on fossil fuels’ and focus on the theory of catastrophic man-caused climate change,” the conference description reads. [23]

Ferrara spoke on a panel titled “Climate Lawsuits Against Energy Companies and the Government.” [24]

Following EPA administrator Scott Pruitt‘s announcement that the Trump administration would be scrapping the Clean Power Plan, Ferrara issued the following statement via the Heartland Institute: [19]

“The move to end the Clean Power Plan is part of President Donald Trump’s pro-growth deregulation effort, which has already helped to cause the stock market to set numerous all-time records and grow the economy at a rate that’s 50 percent faster than at any time under President Barack Obama. This is exactly what the voters wanted when they voted in November.”

Peter Ferrara was a speaker at the Heartland Institute’s Ninth International Conference on Climate Change (ICCC9) in Las Vegas, Nevada. [20] He spoke on Panel 21: “Global Warming as a Social Movement” with Calvin Beisner and Paul Driessen. Video from the panel and the question and answer period that followed can be viewed below.

“For decision-makers in government and business who need to be sure and make responsible decisions, the full truth of the issue is completely and thoroughly discussed in the thousands of pages of Climate Change Reconsidered II, authored by dozens of serious, top scientists serving on the Nongovernmental International Panel of Climate Change (NIPCC), and published this year in ultimately 3 volumes of thousands of pages each by the Heartland Institute. These volumes are “double peer reviewed,” in that they discuss thousands of peer reviewed articles published in scientific journals, and are themselves peer reviewed. Last year, the Cato Institute published a thorough, comprehensive refutation of the publicly released draft of the National Climate Assessment, The Missing Science from the Draft National Assessment on Climate Change, by Patrick J. Michaels, et. al. You can learn more by attending the Ninth International Conference on Climate Change, to be held at the Mandalay Bay Resort in Las Vegas, July 7-9, with more than 1,000 scientists from around the world (where I will be speaking).” [Peter Ferrara, “President Obama’s Plan To “De-develop” America Shifts Into High Gear,” Forbes, June 9, 2014. Archived June 23, 2014.]

Ferrara claims that his opinion piece “is a well-informed, well-reasoned understanding of the National Climate Assessment report, which is an exercise in political science, not climate science. What you will not see in the report are the basic truths below regarding climate science, over which reasonable people cannot differ!” [18]

Referencing the National Climate Assessment’s usage of the term “carbon pollution” to describe CO2, Ferrara goes on to say, “Plants need CO2 to grow and conduct photosynthesis, which is the natural process that creates food for animals and fish at the bottom of the food chain. Indeed, the increased atmospheric concentration of CO2 as the industrial revolution has flourished worldwide has increased agricultural output and production over the last 20 years by well over $1 trillion. As a result, the only documented effects of increased carbon dioxide in the atmosphere so far have been positive.” [18]

Ferrara was a speaker at the Heartland Institute‘s Seventh International Conference on Climate Change (ICCC7) where he gave a speech titled “The Economic Implications of High Cost Energy” which can be viewed below.

Ferrara said “he doesn’t see a conflict of interest in taking undisclosed money to write Op-Ed pieces because his columns never violated his ideological principles.” [5]

According to a press release announcing his appointment at the Heartland Institute, Ferrara has written studies and reports for the Cato Institute, The Heritage Foundation, National Center for Policy Analysis, Family Research Council, U.S. Chamber of Commerce, and a wide range of other institutions and publications. [7]

Sourcewatch lists some of Ferrara’s publications: