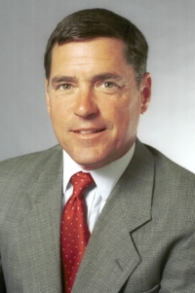 Robert C. Balling Jr. is a professor at the school of Geographical Sciences and Urban Planning at Arizona State University (ASU). He was the director of ASU‘s Office of Climatology from 1989 to 2004 when he became the director of the MAS–GIS program.

Balling acknowledged that he has received $408,000 in research funding from the fossil fuel industry over the last decade (of which his University takes 50% for overhead). Contributors have included ExxonMobil, the British Coal Corporation, Cyprus Minerals and OPEC. [2]

According to leaked documents, Robert C. Balling receives $1,000 per month from the Heartland Institute, an organization at the forefront of climate change skepticism.

“The scientific evidence argues against the existence of a greenhouse crisis, against the notion that realistic policies could achieve any meaningful climatic impact, and against the claim that urgent action is necessary to reduce the greenhouse threat.” [3]

“All of us engage in activities that involve burning fossil fuels, and according to some self-proclaimed environmentalists we should feel guilty doing so due to the emission of carbon dioxide (CO2) which can lead to ever-dreaded global warming. However, the botanical literature is full of 1,000s of articles showing that elevated atmospheric concentrations of CO2 will be beneficial for plants throughout the world… . We see the forest and we see the trees, and they both thank us for the CO2 we’re adding to the atmosphere… .So drive out to the forest and feel good about the CO2 coming out of your tailpipe!” [4]

“… elevated atmospheric CO2 will produce biological miracles all over the world.” [5]

“Life has existed on our planet for billions of years, and the climate over that time has changed from ice ages to periods much warmer than today. There is little doubt that as our cities grow, heat waves will be more severe in the urban areas. If global warming does in fact add to the problem, we will adapt to the new world, just as humans have done for millions of years.” [6]

Balling was a speaker at the Heartland Institute’s First International Conference on Climate Change (ICCC1) where he gave a presentation titled “The Increase in Global Temperature: What It Does and Does Not Tell Us.” [28]

The book was published by the Cato Institute, a libertarian think tank that has collectively received over $13 Million from Koch foundations and and $125,2000 from ExxonMobil.

The core argument of the book is that “Global warming is vastly overrated as an environmental threat,” “a largely mythical problem” and that the scientific community will eventually “concede that earlier forecasts dramatically exaggerated the threat of global warming.” [9]

The study received $49,500 in funding from the ExxonMobil foundation. [10]

Balling attended a conference hosted by the Pacific Research Institute (PRI) titled “Junk Science: A Hazard to Your Health.”

According to Balling, factors such as volcanic activity, and solar activity are the cause of recent climate change:

“It may be as simple as the sun gets brighter and the world gets warmer,” he said. “A lot is happening in this area.” There is a “strong relation to temperature and solar output” and good scientists are contending that warming, if real, “may be entirely related to the sun.” [11]

Among the other arguments presented by Balling include that “It’s going to come back down, it always has. There is still no warming trend over the past two decades,” that global satellites show cooling rather than warming, that hurricanes and severe storms will be less in a co2-rich world, that global warming science has become a “big industry,” and with reference to global warming, “It’s all nonsense. This is the definition of junk science.”

According Skeptical Science‘s list of common arguments presented by climate change skeptics, virtually all of Balling’s arguments are false. According to SourceWatch, the term “Junk Science” has often been used in lobbying activities in attempt to discredit scientists who express concerns about consumer safety and environmental risks. “Junk Science” has also been a popular term used by Steve Milloy, a past advocate for Phillip Morris.

Balling was mentioned in Ross Gelbspan’s 1997 book, The Heat is On, as being funded by the fossil fuel industry. The Minnesota Star Tribune later ran an editorial on the disinformation campaign by some climatologists.

Robert Balling and his colleague Patrick Michaels, a fellow climate change skeptic, took a complaint against the Star Tribune to the Minnesota News Council.

Balling to particular objection to the Star’s claim that “… whenever you read or hear the opinions of skeptics Patrick Michaels, S. Fred Singer and Robert Balling, know that their ideas and opinions have been carefully considered by a host of climate scientists, and found to be without merit.”

The Star Tribune’s defence was that “Though Dr. Michaels’ curriculum vitae (CV) shows him to have accomplished much in his field, many knowledgeable people nevertheless consider his views on global warming unfounded. Michaels’ own writings, hearings testimony and speeches – not an editorial in the Star Tribune – have led to highly controversial status in the scientific community. The editorial simply alerted readers to Michaels’ role in downplaying potential dangers of global warming …”

At the 1998 Hearing, Balling acknowledged that he had received $408,000 in research funding from the fossil fuel industry over the last decade. [2]

Balling spoke at a conference sponsored by the Pacific Research Institute entitled “Junk Science: A Hazard to Your Health” which featured climate change skeptic Robert Balling who lectured on how mainstream global warming science was “Junk Science.” [21]

According to a report by Ozone Action (PDF), Robert Balling received significant levels of funding since 1989 from the Kuwait government, foreign coal/mining corporations and Cyprus Minerals Company. Reproduced below are the notable funding sources compiled in the report: [12]

The now-defunct Greening Earth Society, an organization controlled by the Western Fuels Association, once described Balling as “one of the world’s most prolific contributors to the scientific literature on global warming.”

It is unclear whether this statement is true, but a full list of Robert C. Balling’s publications, some of which are on the subject of climate, is available at the Arizona State University (PDF).