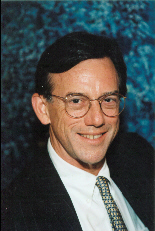 He was previously Scholar-in-Residence at the Carnegie Corporation of New York and Vice President and Executive Vice President of The Rockefeller University.

He was the Research and Development manager in the Office of the Secretary of Defense, a member of the Board of Advisors to Foreign Affairs, and chair of the committee on Science and Technology for Development (COSTED) of the International Council of Scientific Unions (ICSU). [2]

Nichols was one of sixteen “scientists” who signed an inflammatory Wall Street Journal opinion piece titled “No Need to Panic About Global Warming” that stated: [3]

A set of documents released to the Natural Resource Defense Council (NRDC) as part of a Freedom of Information Act (FOIA) request revealed details of EPA Administrator Scott Pruitt‘s plan to engage in a “red team, blue team” expertise on climate change. Among the documents was a message Rodney W. Nichols wrote to Pruitt’s senior adviser for public affairs, Lincoln Ferguson, on May 17: [27]

The ‘Red Team’ idea is superb. We will be glad to help the initiative in any way we can,” Nichols wrote.

“The war on fossil fuels isn’t based on science but on unreliable climate models. Rather than trying to correct the models, Team Obama is trying to ‘dispute the science’ by trying to manufacture scary warming trends.” — Will Happer and Rod Nichols. [21]

A set of documents released to the Natural Resource Defense Council (NRDC) as part of a Freedom of Information Act (FOIA) request revealed details of EPA Administrator Scott Pruitt‘s plan to engage in a “red team, blue team” expertise on climate change. The documents showed communications between the EPA and a number of corporate-funded conservative think tanks with views that run counter to established science on climate change including the Heartland Institute, the Manhattan Institute, and the CO2 Coalition. [27]

“The documents show the extent to which the E.P.A., which is the main federal agency charged with protecting human health and the environment, worked with groups like the Heartland Institute, which holds positions on climate change that are far outside the mainstream of scientific opinion, as opposed to the agency’s own chief scientists,” The New York Times reported.[27]

The emails also suggest that the EPA‘s Office of Research and Development, which normally does most of the science work of the Agency, was not active in the discussions.  In one email, a program analyst in the office, Christina Moody, wrote: “We are not involved. The Administrator is the one who wants to do this and I’m guessing his folks are putting it together.” [41]

The ‘Red Team’ idea is superb. We will be glad to help the initiative in any way we can,” Nichols said.

In a later email, Mark Carr, another consultant for the CO2 Coalition, wrote to Pruitt’s chief of staff, Ryan Jackson: [27]

“I’m following up on face-to-face conversations my CO2 Coalition colleagues and I have had with Administrator Pruitt,” Mr. Carr wrote. “As you likely know, our experts are strongly supporting and helping organize the Red/Blue team initiative.” [27]

Ridney Nichols was a signatory of a petition (PDF) organized by Richard Lindzen of the Cato Institute urging President Donald Trump to pull the United States out of the United Nations international convention on climate change (UNFCCC). [25]

“In just a few weeks, more than 300 eminent scientists and other qualified individuals from around the world have signed the petition below,” Lindzen wrote in the letter. [25]

DeSmog investigated the list, and found that only a small handful of the signatories could be considered “even remotely ‘qualified’ or ‘eminent’ — but not in the field of climate science.” The list included individuals “interested in climate,” and one signatory who only identified as an “emailer who wished to sign the petition” while some signers provided no affiliation or address whatsoever. [26]

Rodney W. Nichols and Harrison H. Schmitt of the Co2 Coalition co-published an article in The Wall Street Journal titled “The Phony War Against CO2.” [23]

Nichols and Schmitt argue that “a myth persists that is both unscientific and immoral to perpetuate: that the beneficial gas carbon dioxide ranks among hazardous pollutants. It does not.” The two then link to the CO2 Coalition’s website:

“[O]bservations, such as those on our CO2 Coalition website, show that increased CO2 levels over the next century will cause modest and beneficial warming—perhaps as much as one degree Celsius (1.8 degrees Fahrenheit)—and that this will be an even larger benefit to agriculture than it is now. The costs of emissions regulations, which will be paid by everyone, will be punishingly high and will provide no benefits to most people anywhere in the world.”

Six scientists analyzed Nichols’ and Schmitt’s article at Climate Feedback, noting that rather than referring to published scientific research to support their views, the two authors rely heavily on information published by the CO2 Coalition to argue that CO2 emissions are beneficial. Overall feedback from the reviewers is reposted below: [24]

William Anderegg, Associate Professor, University of Utah:
“The opinion article makes sweeping assertions that are not in line with the scientific understanding. The conclusions on CO2 uniformly benefiting agriculture are simply misleading—yes, CO2 can help plants but higher temperatures and more drought and pests with climate change also hurt plants.”

Timothy Osborn, Professor of Climate Science, University of East Anglia:
“The article presents a biased view by understating the degree and impacts of global warming while overstating or simplifying the benefits of CO2 fertilisation.”

James Renwick, Professor, Victoria University of Wellington:
“The article is full of half-truths, untruths, and red herrings. Casting increased CO2 as a benefit to humankind, without considering the impacts and risks associated with a changing climate, is dangerous and irresponsible.”

Lauren Simkins, Postdoctoral Research Associate, Rice University:
“The lack of distinction between the role of solid particulates and greenhouse gases in the atmosphere makes many of the authors’ claims false and misleading. The article does not present a complete or accurate discussion of climate change, its causes, and its societal influence. The authors state that readers should ‘check the facts’ regarding climate change, but have presented us with little scientific support for their own claims.”

Victor Venema, Scientist, University of Bonn, Germany:
“This has nothing to do with science.”

Rodney Nichols co-authored an article in the New York Post with William Happer titled “The Supreme Court sided with science against Obama.” EcoWatch reported on Happer’s piece, describing it as “a bigger win than usual for the deniers” given the Post’s willingness to publish it. [21], [22]

The piece promotes a study by the CO2 Coalition, where he claims that plants are coping with a “CO2 Famine”:

“First, carbon dioxide, CO2, is emphatically NOT a ‘pollutant.’ All living things are built of carbon that comes fromCO2. An increase in essential CO2 in the atmosphere will be a huge benefit to plants and agriculture. Satellite measurements show that the increase of CO2 over the last few decades has already caused a pronounced greening of the planet — especially in arid regions.

For tens of millions of years, plants have been coping with a ‘CO2 famine.’ Current CO2 concentrations of a few hundred parts per million (ppm) are close to starvation levels compared to the several thousand ppm that prevailed over most of history.

We support the cost-effective control of real pollutants associated with the use of fossil fuels — for example, fly ash, oxides of nitrogen and sulfur or smog-forming volatile hydrocarbons. But CO2 isn’t a pollutant, and there’s no reason to control it.

Second, the “warming” from CO2 — and yes, CO2 is a ‘greenhouse gas’ — has been much less than predicted by the climate models Obama bases his policies on. For 20 years, the temperature has been virtually unchanged, in stark contrast to model predictions.”

According to EcoWatch, “The piece itself touts a few classic denier myths, from CO2 being good, to the existence of a global warming pause, to the letter penned by “300 experts” accusing National Oceanic and Atmospheric Administration of cooking the books on climate change.”

Nichols is one of 16 scientists who appended their signatures to a Wall Street Journal opinion piece titled “No Need to Panic About Global Warming.” [3]

Media Matters also reported on the article, and also found that most of the scientists who signed the Op-Ed have not published any peer-reviewed research in the area of climate change. They also contacted William Nordhaus, the economist who had been cited by the article, and he replied that it was a “Complete Mischaracterization Of My Work.” [17]

Interestingly, 255 members of the United States National Academy of Sciences wrote their own essay, this on the realities of climate change, which had been rejected by the Wall Street Journal in favor of the sixteen-scientist letter. [18]

Nichols is a signatory to an open letter written by climate skeptic Will Happer that demands the American Physical Society (APS) change their statement on climate change to “more accurately represent the current state of the science.” [4], [5]

The new climate statement recommended by the letter includes the following:

“While substantial concern has been expressed that emissions may cause significant climate change, measured or reconstructed temperature records indicate that 20th –
21st century changes are neither exceptional nor persistent, and the historical and geological records show many periods warmer than today. In addition, there is an extensive scientific literature that examines beneficial effects of increased levels of carbon dioxide for both plants and animals.”

Other climate change skeptics who participated in the report include Will Happer, David Legates, Richard Lindzen, and William O’Keefe.

According to his bio at the Atlantic Legal Foundation, he was the co-author of two books and “scores of papers.” [20] A search of Google Scholar reveals that none of his papers are remotely related to climate science, with many of them in the area of policy and research and development.