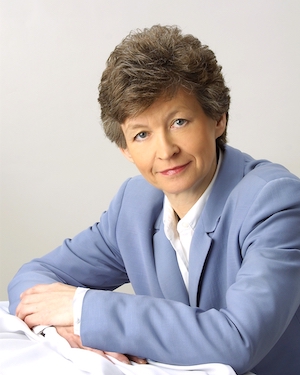 Ruth Lea is a political economist and former civil servant. A commentator on economic and political affairs, Ruth Lea has criticised the “big state” economic ideas of Gordon Brown. [2]

Between 2004 and 2007, Ruth was director of Centre for Policy Studies, an organisation with links to climate science denial groups in the US. [3]

Lea co-founded Eurosceptic and free-market campaign group Global Vision in 2007, which shares an address with the Centre for Policy Studies and other connected groups involved in Brexit lobbying and climate science denial at 55 Tufton Street. She now acts as director of Global Vision, of which Lord Norman Blackwell is Chair. Blackwell has strong links to multiple 55 Tufton Street organisations. [4], [3]

Lea is on the advisory council for Taxpayers’ Alliance, an organisation at the heart of the network of pro-Brexit lobby interests and climate science denial at 55 Tufton Street. Lea is also a fellow of the Institute of Economic Affairs (IEA), which is closely linked to the 55 Tufton Street organisations and is located next door at 57 Tufton Street. [5]

Lea is a trustee and director of the climate science denial campaign group, the Global Warming Policy Foundation (GWPF), as of January 2019. [14], [16]

Writing at The Telegraph, Lea cited the now-deceased Australian climate change denier and geologist Bob Carter to claim climate change is largely due to natural variability: [6]

“All in all, global average surface temperatures picked up by about a modest 0.6C during the 20th Century, which geologist Dr Bob Carter of the James Cook University, Australia, for example, assesses to be within the limits of natural statistical variability. And, interestingly, global average air temperatures, which are regarded as more reliable by climate scientists, have not changed over the past 20 to 30 years,” Lea wrote.

On the scientific consensus, that “the IPCC‘s analysis is deeply flawed”, citing a quote from Paul Reiter in which he had said “consensus is the stuff of politics, not science.

“And indeed it is,” Lea commented. “As there seems to be little scientific agreement that mankind’s fossil-fuel burning is the major reason for climate change.”

“Global warming slowing despite soaring CO2 emissions “puzzle” for the Met Office. No “puzzle” at all, given flawed analysis. #globalwarming”

At a fringe event run by the Freedom Association, a right-wing pressure group in the UK, Lea outlined previous variations in global temperature as a means of dismissing current climate change, and said: [7]

“In the 1990s, things warmed up a little bit, and now of course since the late 1990s, as I understand it, temperatures have not risen at all, if anything they’re now slightly cooling”.

In the same talk, Lea said of the idea that cutting back on carbon dioxide emissions would reduce global temperature increases: [7]

Lea published a series of essays with the GWPF entitled “Carbon Futility”, arguing that policies to decarbonise the UK economy amounted to “futile gesture politics” and that a “major political price will be paid”. [19]

Lea joined the board of trustees of the climate science denial campaign group, the Global Warming Policy Foundation (GWPF), at the same time as Lord Donoughue replaced Lord Lawson as Chairman. [14]

Lea was among a series of hardline Brexit lobbyists from organisations linked to climate science denial made economic advisors on an expert committee for Liam Fox, as revealed by a freedom of information request. [8]

Other lobbyists mentioned include Shanker Singham, who worked for a year at the Legatum Institute before leaving for a role at 55 Tufton Street organisation Institute of Economic Affairs (IEA). Singham also has links to US-based climate science denial organisations, being originally a policy expert for the US-based Heartland Institute, which has received at least $676,500 from ExxonMobil since 1998. [8]

Lea co-founded the organisation Global Vision, a Eurosceptic and pro-free market organisation operating out of 55 Tufton Street, the same address as other pro-Brexit and climate science denial groups such as the Taxpayers’ Alliance and the Global Warming Policy Foundation (GWPF). [3]

Among the economic advisors for Global Vision is Neil Record. Record is a donor to climate science denial organisation the Global Warming Policy Foundation (GWPF), a 55 Tufton Street organisation, and is the Chair of the Institute of Economic Affairs (IEA), which is located next door at 57 Tufton Street. [15]

According to her archived profile at Global Vision, Lea “is the author of many papers and articles on a wide range of economic issues.” [3]