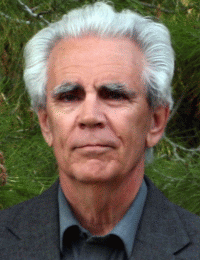 Sherwood B. Idso was the president of the Center for the Study of Carbon Dioxide and Global Change from 2001 to 2018. He ran the Center with his two sons, Craig Idso and Keith E. Idso. He continues to play an advisory role at CSCDGC. [17]

The Center was listed as one of Mother Jones magazine’s 2009 global warming skeptic “Dirty Dozen of Climate Change Denial.” [2]

Sherwood Idso has received the Petr Beckmann Award from Doctors for Disaster Preparedness (DDP) in 2003 for “courage and achievement in the defense of scientific truth and freedom”. It was given “for his work demonstrating the fertilizing effect of increased carbon dioxide on the biosphere.” [3], [4]

“I find no compelling reason to believe that the earth will necessarily experience any global warming as a consequence of the ongoing rise in the atmosphere’s carbon dioxide concentration.” [5]

Contributed to a Center for the Study of Carbon Dioxide and Global Change publication titled “Enhanced or Impaired? Human Health in a CO2-Enriched Warmer World” (PDF). [7]

The paper, which Idso co-authored with his sons Craig D. Idso and Keith E. Idso, sets out to “evaluate a second climate-alarmist scare story: the claim that CO2-induced global warming will have numerous deleterious effects on human health” and to “describe and evaluate a number of non-climatic effects of atmospheric CO2 enrichment that impact human health.”

The paper concludes that “it is abundantly clear we have nothing to fear from increasing concentrations of atmospheric CO2 and global warming, i.e., the ‘twin evils’ of the extreme environmental movement. Indeed, these phenomena would appear to be our friends […] and friends of the entire biosphere.”

With the consistent use of terms such as “alarmist” and “extreme environmental movement,” it is difficult to view this as an impartial scientific study.

Spoke at the 21st Annual Meeting of the Doctors for Disaster Preparedness (DDP) held in Phoenix, Arizona. He discussed the supposed benefits to plants of a CO2-enriched atmosphere.

Idso was one of three members of a “science advisory panel” for a pro-coal ad campaign funded by coal-burning utility companies. The campaign had the goal to “reposition global warming as theory” and not fact. [8]

Idso narrated the video titled “The Greening of Planet Earth,” which was funded by the Western Fuels Association and by the coal industry and produced by Idso’s wife.  The video promises that doubling the atmosphere’s concentration of carbon dioxide will benefit agriculture. [9]

Idso also appeared in the video to discuss the supposed benefits of CO2: [15]

Authored a book titled Carbon Dioxide: Friend or Foe? An Inquiry Into the Climatic and Agricultural Consequences of the Rapidly Rising CO2 Content of Earth’s Atmosphere. (Tempe, Ariz. IBR Press 1982). According to one review, the book addresses “the climatic and agricultural consequences of  rising carbon dioxide content in the earth’s  atmosphere, and the conduct, or misconduct, of science.” In the book, Idso suggests climate models and that “the U.S. National Research Council, the U.S. National Academy of Sciences, and certain climate-modellers have conspired to suppress any challenge to this prediction.” [16]

According to a search of Google Scholar, Sherwood B. Idso has published numerous articles in peer-reviewed journals. Many of his papers are focused on agricultural meteorology and remote sensing.