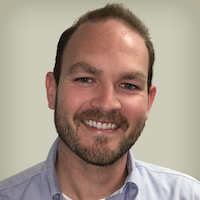 Tim Benson has been a policy analyst at the Heartland Institute‘s “Government Relationship Department” since September 2015. [1]

According to his Heartland profile, Benson’s responsibilities include “interacting with elected officials and staff on a variety of issues; tracking state legislative trends; and drafting responses to emerging issues via talking points, news releases, and op-ed pieces, with the goal of educating legislators and informing them about free-market ideas.” Benson’s articles at Heartland regularly promote “school choice” over public education, sometimes framing it as an issue for children’s safety. [1], [2], [3]

Benson is also listed as a contact for the Heartland Institute’s Arthur B. Robinson Center on Climate and Environmental Policy. Arthur Robinson is the founder of the Oregon Institute of Science and Medicine (OISM), the group behind the infamous and debunked Oregon Petition. According to the page, Benson also “tracks national and state legislation on climate and environmental regulation and writes and speaks on a variety of environment topics.” [4]

Benson is also former editor and writer at the Foundation for Government Accountability, a right-wing advocacy group based in Florida and a member of the State Policy Network (SPN). [1]

Benson wrote at the Heartland Institute that “The idea that coercive measures should be taken to bring down global population to help prevent climate change is a mainstream one in the world of climate alarmism.” Later in the article, Benson argues that “the global warming threat is small”: [5]

“As this short history of failed predictions reveals, prominent environmentalists have been using fears of famine and ecological disaster to promote a population-control agenda for many years. Recent claims that man-made global warming might be yet another disaster to be laid at the feet of population growth are no more credible. “

“Climate forecasts going out more than a century are too unreliable to be credible. While presented as though they are scientific predictions, they are, in fact, little more than educated guesses put forward by a small number of scientists – and many of them have financial conflicts of interest and political agendas.

“Inordinate fear of climate change has, unfortunately, already led to the adoption of a plethora of taxes, regulations, and subsidies aimed at reducing carbon emissions. It doesn’t need to lead to population control as well.”

“Rather than rely exclusively on IPCC for scientific advice, Idaho policymakers should seek advice from independent, nongovernment organizations and scientists. Much of what has been done to combat climate change has been wasteful and even counterproductive. Idaho could do much better to protect its environment by enacting policies that cost less and require fewer regulations,” Benson wrote at The Heartland Institute. [6]

“[R]ooftop solar owners have generally higher incomes than others, so lower-income ratepayers end up paying extra to subsidize higher-income customers. Thus, net metering is just another welfare program for the upper-middle class,” Benson wrote in Research & Commentary at the Heartland Institute. [7]

Writing at National Review, Benson claimed the “mainstream of climate alarmism, and among the broader Left in general” are “using climate change to advance a population-control agenda that is profoundly anti-human.” [9]

“Population control has been a long-expressed desire of radical environmentalists, who have completely bought in to the Malthusian conceit, both original and neo. Since the 1940s, they’ve been issuing Henny Penny warnings of the Great Human Die-Off,” Benson wrote.

Reacting to a 10-year fracking ban in Oregon, Benson said in a statement at the Heartland Institute: [10]

“Because the science firmly and overwhelmingly shows fracking to be safe and not a systemic threat to groundwater – nor does it cause cancer, asthma, or birth defects (as is claimed by the anti-human, environmental Left) – I’ll assume that the Oregon House’s decision to vote for this bill was purely for superstitious reasons. It’s the only logical explanation, because there is no scientific justification for banning an industry that has created billions upon billions of dollars in new wealth and is single-handedly responsible for 63 percent of the drop in U.S. carbon emissions over the past decade, according to the International Energy Agency.

“Never mind that this industry can improve the state’s economy and bring in sorely needed jobs and tax revenue. The ban gives a bunch of clueless tree huggers the willies, so the entire state gets to suffer. Historian Paul Johnson once wrote that modern environmentalism is ‘emotionalism masquerading as science.’ That is certainly proving to be the case in Oregon, and the House has decided to be swept along in hysteria.”

“The left is great at pretending its political beliefs and policy ideas equate with science itself, but most Americans have seen through this ruse by now and simply aren’t interested in these proclamations and displays. So, just like them, I’ll have better things to pay attention to tomorrow than this march,” Benson said in a statement at the Heartland Institute ahead of Earth Day. [11]

Benson was among Heartland Institute experts who gave statements urging President Donald Trump to withdraw the US from the Paris Climate Agreement: [12]

“One of Donald Trump’s pledges to the American people when he was campaigning for the presidency was he would withdraw the United States from the Paris Climate Treaty. Now that he is president, it is time for him to make good on that promise. Simply, one cannot ‘Make America Great Again’ if America is still shackled to the Paris Climate Treaty, which seeks emissions reductions from the United States that are incompatible with economic growth and job creation.

“Instead of keeping the United States tied to this albatross of an agreement that promotes even more taxes, regulations, and subsidies aimed at reducing carbon dioxide emissions, President Trump should withdraw the United States from the Paris Climate Treaty and support sound environmental stewardship that is pro-energy, pro-environment, and pro-jobs. Doing so would produce enormous economic dividends that would genuinely improve people’s lives.”

“Because low-income households spend a larger share of their income on essential services such as electricity, solar subsidies essentially act like a regressive tax. The repeal of renewable power mandates and the elimination of energy subsidies would lower electricity prices substantially,” Benson wrote at the Heartland Institute. [13]

In a statement at the Heartland Institute, Benson celebrated the confirmation of Betsy Devos as Education Secretary: [14]

“The education choice movement grows stronger and more popular every year, and Betsy DeVos and the Trump administration have a real opportunity to take significant action that would benefit the lives of thousands and thousands of families. Congressional Democrats can now decide if they want to become part of this movement, or if they just want to help their union backers futilely try to put the toothpaste back in the tube.”

Benson was among many Heartland Institute experts and staff who celebrated the confirmation of Scott Pruitt as Administrator of the EPA: [15]

“Under the previous administration, the EPA, to paraphrase Whittaker Chambers, was allowed to ‘feel out the land to see how many inches it could take before reaching a mile.’ With decrees like WOTUS and the Clean Power Plan, the agency acted in such reckless disregard for the rule of law and toward the people it sought to bring under its heavy thumb that even the Washington Post admitted it was ‘helping to justify every negative caricature’ Republicans could make of it. This is why I’m happy to see Scott Pruitt, a committed federalist and champion of sane energy and environmental policy, take over an agency that has been given license to grossly overstep its bounds and is in much need of being reined in.”

“350.org is doing yeoman’s labor to prove Paul Johnson’s line that radical environmentalism is nothing more than ‘emotionalism masquerading as science.’ Frankly, I’m happy these radicals waste their time and money on playacting episodes such as these instead of actually working. Having a sit-in and serenading to the congregation is a much less dangerous way to spend their time than pushing their anti-human, anti-civilizational message in ways that may actually be destructive,” Benson said in his statement at the Heartland Institute.

“The idea of a carbon dioxide tax fits in seamlessly with the romantic, often quixotic, worldview of the modern environmental movement. It’s a well-intentioned notion that’s untethered to reality, and which would produce few appreciable gains, while causing major damage,” Benson wrote at The Heartland Institute. [17]

Benson criticized Minnesota’s plan to adopt California’s auto emissions standards in an editorial for the Heartland Institute. Citing a 2018 study by the Manhattan Institute, Benson claimed that greater adoption of zero-emission vehicles (ZEVs) would result in increased pollution and environmental costs, as well as more traffic fatalities. While conceding that the adoption of low- and zero-emission standards would reduce atmospheric CO2, Benson said that the reduction “will have no measurable impact on world climate and thus no economic value.” [24]

Benson was initially a registered speaker at the Heartland Institute‘s “America First Energy Conference” (AFEC 2018) in New Orleans, Louisiana. As of August 5 he was no longer listed as a speaker.[22]

“The purpose of this event is to promote and expand energy freedom in the United States, as outlined in President Donald Trump’s bold America First Energy Plan, a proposal first released during the 2016 presidential campaign. The president’s plan marks a decisive change in direction from the Obama administration’s ‘war on fossil fuels’ and focus on the theory of catastrophic man-caused climate change,” the conference description reads. [18]

Benson speaks on a panel titled “REINING IN THE REGULATORS.” [23]

Writing at the Heartland Institute, Benson claimed that producing electric vehicles would damage the environment. “[B]road-based adoption of zero-emission vehicles (ZEVs)—such as the Nissan Leaf, Tesla Model S, and the Chevrolet Volt—will increase pollution and environmental costs, a May 2018 study from the Manhattan Institute concludes,” Benson wrote. The Manhattan Institute has received millions of dollars from oil companies and right-wing foundations, while its experts like Oren Cass regularly suggest climate change is not a threat to humanity. [19]

Benson co-wrote an article with Joseph Bast opposing CAFE (Corporate Average Fuel Economy Standards). “Policymakers should express their opposition to federal CAFE standards. The idea that consumers can be made better off by restricting their freedom to choose – the presumption that lies at the bottom of all proposals to impose or raise CAFE standards – is false,” they wrote at Heartland’s Research and Commentary. [21]

According to his Heartland profile, Benson’s “work has appeared in The Hill, The Washington Times, Crain’s Chicago Business, The American Spectator, Real Clear Policy, and many other publications across the country. He is also the co-author of the Heartland Policy Brief  “Saving Chicago Students: Strike Vouchers and SOS Accounts.”[1]

Below are some of Benson’s publications listed at the Heartland Institute. In his articles, Benson regularly promotes fracking as completely safe, suggests that a carbon tax would be damaging, criticizes net metering and solar subsidies, and promotes “school choice.” [1]