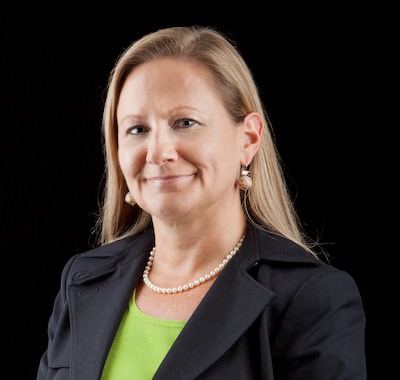 A 2013 investigation by Mother Jones describes DonorsTrust and its sister organization, Donors Capital Fund (DCF) as the “dark money ATM” of the conservative movement in the US due to the groups’ service to obscure donors while funneling large sums of money to conservative groups. [4]

Before DonorsTrust, Ball worked in key roles at the Cato Institute and the Philanthropy Roundtable. She was also on the board of directors of the influential State Policy Network (SPN). [1], [5]

While working with her “good friend Kim Dennis” at the Philanthropy Roundtable, she became encouraged to launch DonorsTrust in 1999. By 2013, DT had roughly 200 contributors and had funneled $740 million “to the cause of liberty.” National Review wrote: “No one knew the landscape of the conservative movement better than Whitney Ball.” [6], [7]

DonorsTrust has gone on to fund some of the most notorious climate change denial think tanks in the United States such as the Heartland Institute. As of 2019, Heartland had received at least $2,497,000 from DonorsTrust, and $21,486,044 from Donors Capital Fund, according to 990 tax forms that were available for review.

In 2013, The Guardian reported Donors Trust and Donors Capital Fund were responsible for channeling nearly $120M to more than 100 groups casting doubt about the science on climate change. In an interview with The Guardian, Ball said that her group was dedicated to ensuring that donors would never have their funds diverted to liberal causes in the future: [8]

“We exist to help donors promote liberty which we understand to be limited government, personal responsibility, and free enterprise,” she said in an interview. “It won’t be going to liberals.”

“Are there both sides of an environmental issue? Probably not,” she went on. “Here is the thing. If you look at libertarians, you tend to have a lot of differences on things like defense, immigration, drugs, the war, things like that compared to conservatives. When it comes to issues like the environment, if there are differences, they are not nearly as pronounced.”

“DonorsTrust, where I work, serves donors dedicated to the ideals of limited government, personal responsibility, and free enterprise. These philosophical fund-providers may contribute to a wide range of grantees—everything from social welfare groups, arts and culture institutions, research centers, and more—but always with the goal of advancing the philosophy they share with their donors.”

PHILANTHROPY: “Why was DonorsTrust created?”

MS. BALL:”For several reasons, the most important of which was the need to safeguard donor intent. As most Philanthropy readers know, charitable capital that’s held in a vehicle like a private foundation often drifts away from the intent of its founding donor(s) over time. The classic example is when the grandson of the founder of the Ford Foundation quit its board in disgust because of the way the organization had come to oppose what the founder stood for. Unfortunately, there are many similar examples, large and small.

“Donor intent seems especially hard to maintain for donors who want to support a free society as the founders understood it. So in 1999, a small group of donors active in this cause launched DonorsTrust to help like-minded donors.”

Mother Jones reported that, in the mid-1990s, Whitney Ball’s father had “unethically handled the wills of three elderly people and Whitney Ball and her brother personally benefited from his misconduct, with nearly half a million dollars deposited in their bank accounts.” [10]

The ruling by the West Virginia Supreme Court of Appeals found that, in the mid-1990s, attorney John Ball had prepared the wills for two longstanding clients. When his clients passed away, the wills distributed money to Mr. Ball’s two adult children, Whitney L. Ball and John P. Ball, Jr. [10]

“In 2006, after the county bar association had examined Ball’s handling of these wills, the state Supreme Court of Appeals ruled that the ‘evidence in this case clearly established that Mr. Ball drafted three wills in which he gave himself excessive fees as an executor, drafted two wills that improperly conveyed property to himself and his wife, and assisted in changing a client’s annuity to benefit” his children’,” Mother Jones wrote. [10]

Overall, the court found that “Ball’s misconduct resulted in him actually obtaining over two million dollars and potentially receiving additional millions of dollars” and said “the record does not support Mr. Ball’s contention that his conduct lacked a dishonest or selfish motive.” [10]

Mr. Ball was ordered to pay $3 million in restitution and had his law license revoked, however he filed for bankruptcy and so was unable to pay back the full sum. Whitney Ball and her brother were never ordered to give the money back. Commenting, Whitney Ball said in an email to Mother Jones: “I’m not sure there’s a whole lot I can add to the public record,” she said, adding she and her brother “had no knowledge that Gladys Davis named us as beneficiaries of the insurance policy until after her death.” [10]

“No allegation was ever made at any time as part of the proceeding against my father that he, in fact, exercised undue influence over the clients he represented,” she added. “It may be worth noting that if the creditors believed I improperly received proceeds from the annuity and that they therefore had a claim against me, they were free to pursue a claim against me rather than voluntarily agreeing to my father’s bankruptcy reorganization.” [10]

Mother Jones noted that the lawyer for the estates opposing Ball said that “part of the settlement was not to seek anything from the children.” In conclusion: [10]

“In the state Supreme Court of Appeals decision and in the bankruptcy proceedings, Whitney Ball and her brother were not accused of wrongdoing or misconduct. But they did receive hundreds of thousands of dollars that, according to the Supreme Court of Appeals, had been transferred to them due to the unethical action of their father. Asked by Mother Jones if she on her own accord ever returned the money to the estate of Gladys Davis or forwarded it to the WVU Foundation, Whitney Ball emailed, ‘I have no further comments on this matter.’”

Whitney Ball was listed as a participant at a meeting of the Koch Strategy Group in Aspen, Colorado. Ball’s name is listed among 2010 attendees in a memo obtained by ThinkProgress. One session of the meeting, entitled “Understanding and Addressing Threats to American Free Enterprise and Prosperity” notes that recent sessions in the area have focused on “countering climate change alarmism” among other issues. [11], [12]

Whitney Ball does not appear to have authored any publications.