Hot on the heels of its deceptive “Dirty Secrets of Electric Cars” video (which we debunked thoroughly, and others did too), the Koch-funded front group Fueling U.S. Forward has released a new video criticizing electric vehicle (EV) tax credits as a “massive wealth transfer from poor to rich.” It’s time for another debunking!

There aren’t as many overt errors and falsehoods in this video as in its inaugural effort. (Maybe the group learned its lesson when it let slide the blatant error that cobalt and lithium were rare earth metals.) Even so, this video presents some awfully misleading arguments against EV tax credits. Let’s take a closer look.

The crux of the message is that the majority of electric vehicle subsidies (in the form of federal and state tax credits) go to “wealthier households.”

This argument echoes a favorite talking point of the Koch network, and one that featured prominently in a full page advertorial in The Hill, paid for by Koch Industries back in April 2016:

“Or the tax credits (up to $7,500) the government offers to consumers who purchase hybrid and electric vehicles. Such credits may seem enticing to the general public, but the reality is that 90 percent of the beneficiaries come from the top income bracket.”

That 90 percent figure cited in the advertorial and the new video refers to a 2015 paper by Severin Borenstein and Lucas Davis, two researchers at the University of California-Berkeley. That paper examined clean energy tax credits of all sorts, from the period of 2006 through 2012. The authors did indeed find that, as of 2012, the top income quintile had received 90 percent of the EV tax credits.

Important to note, however, is that during the time period studied by Borenstein and Davis, there were only three plug-in electric models widely available to American drivers — Tesla’s Model S, the Chevy Volt, and the Nissan Leaf. In the early years of EV adoption, it’s fair to say that higher income households were earlier to the market, as all three of those models still cost over $30,000 after the $7,500 federal tax credit.

However, today there are currently at least 17 plug-in models that cost under $30,000 after the credit, which happens to be the average cost of a new car sold in the U.S. So there are now plenty of affordable options. Electric cars are not merely the “new favorite toys” of “millionaires and billionaires.”

What’s more, the reductions in greenhouse gas emissions and localized air pollution that accompany driving an electric car benefit everyone, not just the drivers.

The video also tries to pass off a “profile” of Tesla Model S drivers — mostly male, middle aged, and in a higher income bracket — as representative of all EV drivers. In reality, Model S sales only represent 12 percent of all EVs sold to date in this current generation of electric cars that started in 2010. 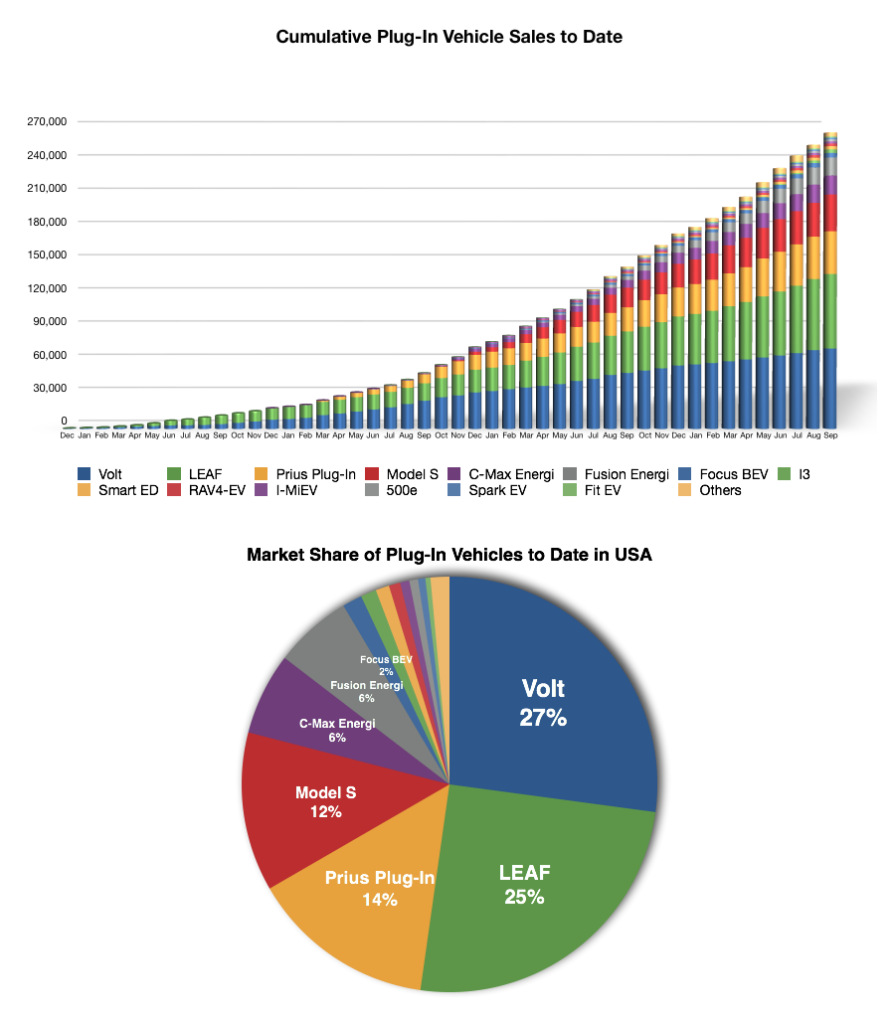 Another important reality to consider when examining Fueling U.S. Forward’s argument that EV tax credits are a “massive wealth transfer” is how small the EV tax credit program is compared to fossil fuel subsidies, and oil subsidies in particular.

All told, in 2016 the EV tax credit cost the federal government less than $1.2 billion in lost revenue from the tax credit. (And that’s using the aggressive assumption that all of the cars sold qualified for the full credit, so the real figure is far lower than that, as many of the plug-in hybrids with smaller batteries only qualify for much smaller credits.)

However, according to research by the Center for American Progress, nine specific tax provisions that encourage the discovery and extraction of oil and gas benefit producers to the tune of $3.8 billion every year. Some might call that a massive wealth transfer from American taxpayers to some of the world’s most profitable corporations. And that $3.8 billion annual figure only includes tax loopholes for extraction, and doesn’t account for any of the direct or indirect subsidies for the transportation and distribution of oil, nor for refineries.

Also worth noting is the fact that Fueling U.S. Forward is funded in part by the Koch brothers, themselves oil and gas industry billionaires who have long been working to shape the political and regulatory landscape for their financial benefit.

With this second video, it seems increasingly clear that Fueling U.S. Forward has pivoted squarely from the oil and gas cheerleading that defined its first phase to deliberate attacks on electric vehicles and clean energy. This is, of course, what the DeSmog project KochvsClean has anticipated all along, having tracked the campaign from rumored plans to its launch at the Red State Gathering to the current EV antagonism.

KochvsClean will continue to track Fueling U.S. Forward and other projects affiliated with the Koch network as it wages a PR battle against electric cars and other clean energy solutions.