Protestors from three continents gathered outside mining giant BHP’s annual general meeting this morning to demand an end to the company’s environmentally and socially destructive activities.

Campaigners from Colombia, Chile, Brazil, and the US joined supporters from the UK outside the Queen Elizabeth Conference Centre in Westminster, London, where BHP is holding its annual shareholder gathering. The protest was organised by campaign groups War on Want and the London Mining Network.

Braced against the wind and rain, about 30 protestors demanded that shareholders recognise the destruction that the company’s mines bring to communities and the environment.

Rosa María Mateus Parra, a lawyer with the José Alvear Restrepo Lawyers Collective (CCAJAR), which defends the rights of indigenous communities, told DeSmog UK that they were in London to draw attention to the plight of people in La Guajira, Colombia, site of one of the largest opencast coal mines in the world.

The mine is operated by BHP, Anglo American and Glencore, and coal from the mine is exported to be burned in the UK.

“We need to be listened to, and we will continue in this process of struggle and demanding our rights”, Parra said, “because in this historical moment in the world we need to change mentalities and be able to do something regarding our responsibility for future generations.”

“We believe we have to change the paradigm and model of consumption that is exhausting our planet.”

Campaigners opposing the La Guajira mine say they have been subject to threats from the far-right paramilitary group Águilas Negras, who have accused the protestors of trying to “stop the progress” of Colombia.

Roger Featherstone, a campaigner with the Arizona Mining Reform Coalition, who was also taking part in the protest in London, said it was “heartbreaking” to hear other campaigners’ stories. “The message is that this is unacceptable”, he told DeSmog UK.

He said the mines weren’t just bad for the environment and local communities, but with the constant local opposition to the projects around the world shareholders should be asking “does BHP really want that kind of headache?”

“We don’t have the money and resources that BHP do, but we have the willpower”, he said.

Featherstone said that around the world, including at the copper mine site he was protesting against in Superior, Arizona, it was increasingly “a choice between mines and communities”. Arizona is experiencing serious drought, and he said that the large water resources needed for the mine would mean communities competing with the companies.

“We don’t have enough water to go around”, he said. 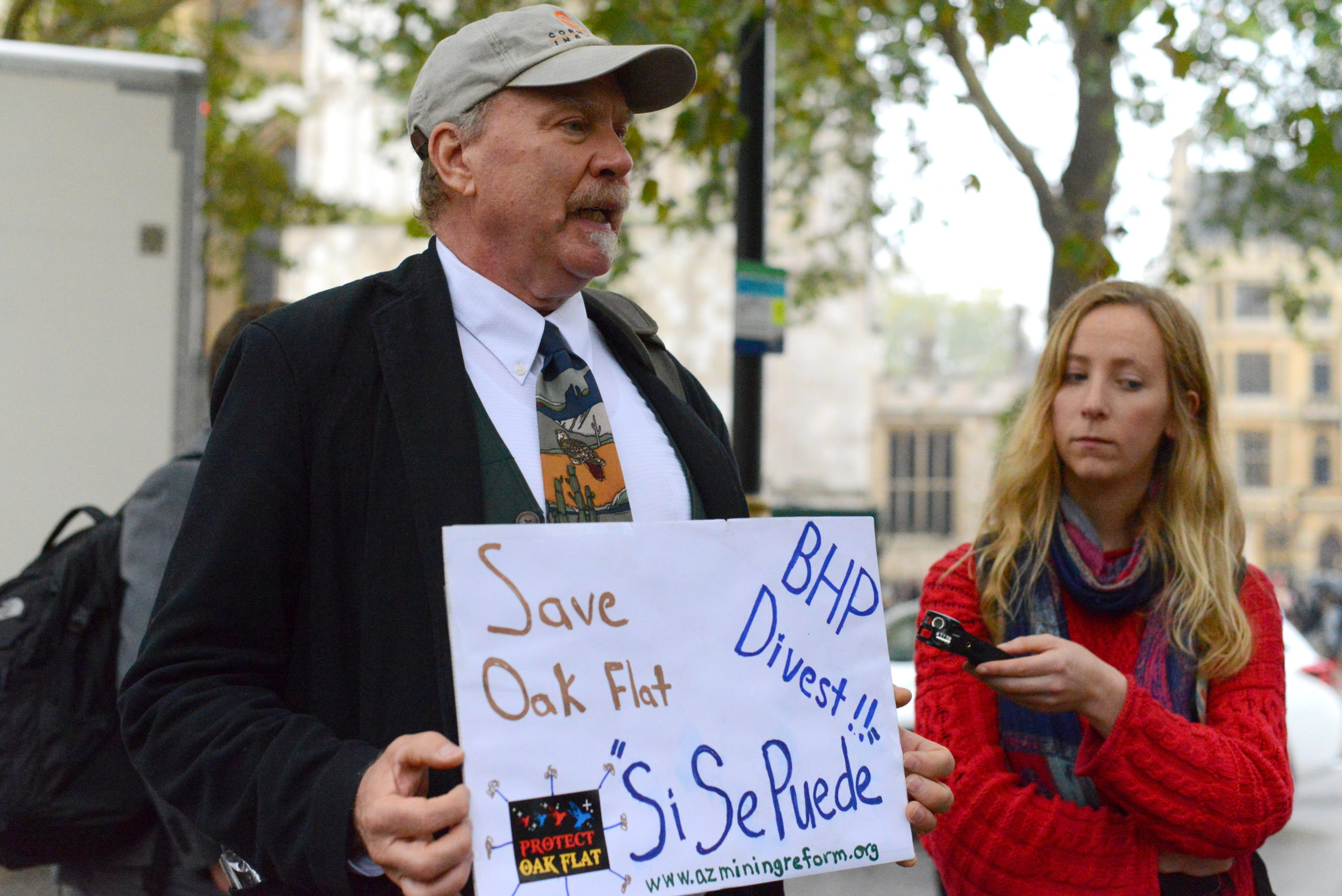 Image: Roger Featherstone of the Arizona Mining Reform Coalition speaks at the demonstration outside of the BHP Billiton AGM. Credit: Liam Barrington-Bush (c) 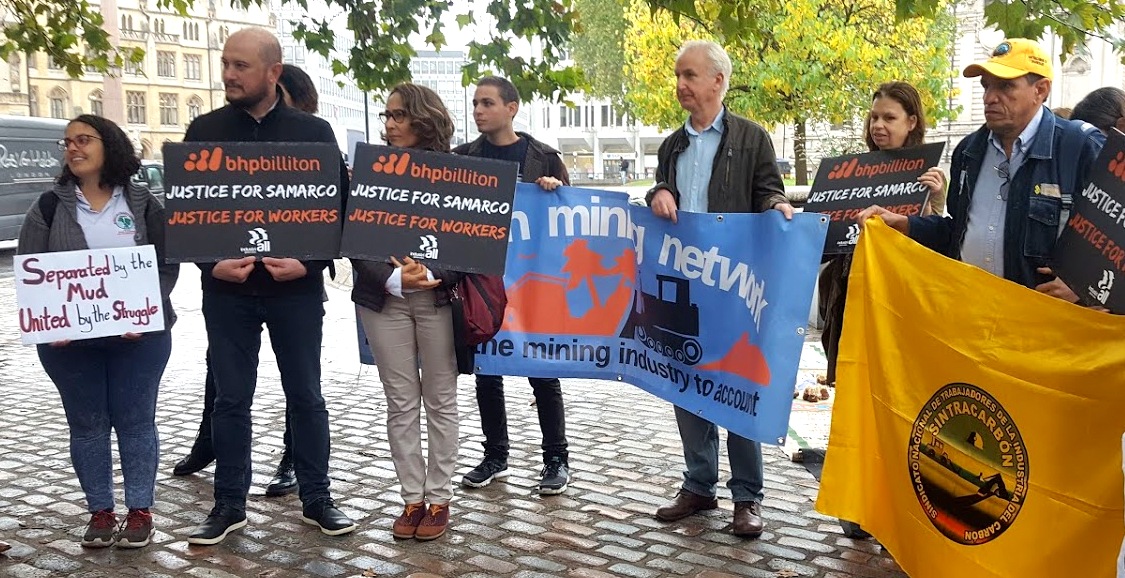 A similar story was told by a campaigner from Chile, Lucio Cuenca Berger, who is a geo-survey engineer from the University of Santiago de Chile and Director of the Latin American Observatory of Environmental Conflicts.

He told DeSmog UK about the Minera Escondida, BHP’s biggest copper mining project in Chile, which sits in the one of the driest deserts in the world. He said competition over water between the communities and company was driving conflict in the region. That’s why he came to London:

“We’ve come to denounce the violation of indigenous people’s rights, the destruction of these vital and fragile ecosystems that these communities depend on, and the flora and fauna that exist only in these ecosystems and nowhere else in the world”, he said.

“We demand that BHP stop damaging these ecosystems and violating these communities’ rights”.

All interviews were conducted through translators.