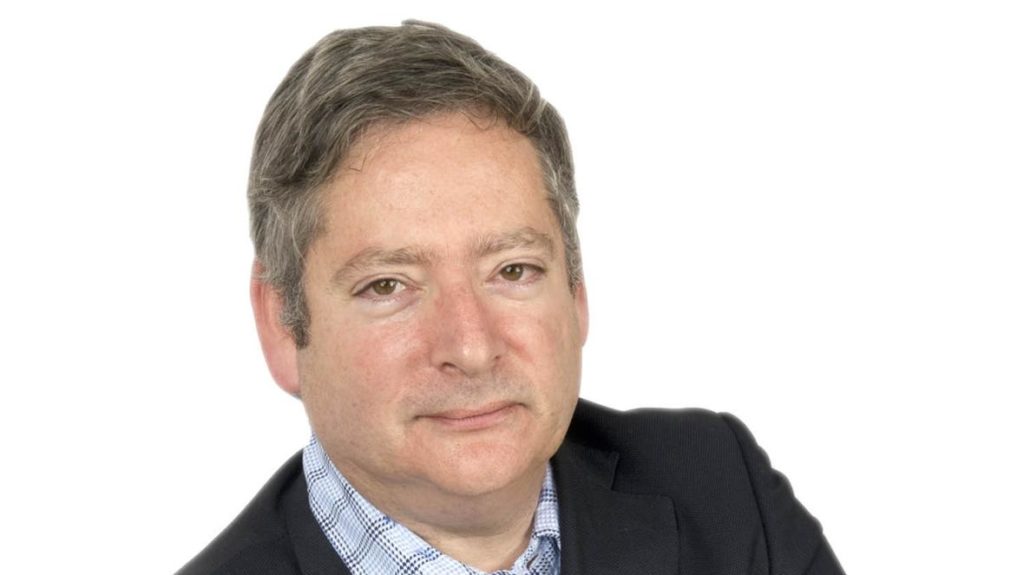 Dominic Lawson is a British journalist who writes columns for the Daily Mail and the Sunday Times. He is the son of Nigel Lawson, former Conservative chancellor of the exchequer under Margaret Thatcher and founder of the Global Warming Policy Foundation, the UK’s most prominent climate science denial group. [3], [4]

Lawson was previously the editor of the Spectator magazine and the Sunday Telegraph. [4]

He has argued against the scientific consensus on climate change for many years, claiming that global warming is “a good thing for species, including humans”, and suggesting that man-made CO2 emissions have made the Earth “become greener”. [5]

Lawson has argued that “zero-carbon mania is just so much hot-air” and has claimed that “no permanent damage has been done to the marine environment of the Gulf of Mexico by the biggest oil-spillage in history, from BP’s Deepwater Horizon rig.” [6], [7]

Lawson is also critical of prominent climate change activists like Greta Thunberg, who he has described as a “prophetess of doom”, and Extinction Rebellion (XR) who he claims are a “doomsday cult”. He blames the BBC for being “obsessed with climate change”, as well as the Metropolitan police, who he says have “indulged” XR protestors “bringing havoc to the capital”. [6], [8]

During the coronavirus pandemic, Lawson was a vocal critic of the government’s lockdown measures, which he described as a “draconian constraint on our liberties”. [9]

“CO2 is a naturally occurring compound, and its accumulation in the atmosphere can have positive effects as well as negative ones. Over the past 30 years there has been an increase of almost 15% in the area of the planet covered by vegetation: most of this has been attributed to increased CO2 in the atmosphere. It’s not called the greenhouse effect for nothing.” [10]

Lawson challenged the idea of a scientific consensus on climate change, comparing it to that among economists in the run up to the 2008 financial crisis, and among Western intelligence services prior to the 2003 Iraq War: [11]

“The existential terror that most obviously continues to seize the imagination of policy-makers is that described as climate change.” [11]

“In other words, just as economists cannot tell us how to abolish boom and bust, so scientists do not yet know how to fix the climate — or even if it’s broken.” [11]

In an article for the Times, Lawson wrote: [12]

“The thing is, the politicians don’t actually believe the world is on fire and I doubt they even believe, deep down, that it will be. They acknowledge, ritualistically, ‘the climate crisis’ in the same way most Anglicans regard the Bible’s prophesies of the imminent fiery end of the world: with unspoken scepticism.” [12]

“That is certainly the case in this country, appropriately enough.” [12]

Lawson claimed that the return of a rare horseshoe bat, not seen in the East of England for 115 years, exposed the “sheer folly” of eco-protests and was a sign that climate change was not all bad. [5]

“What you won’t hear so much about is that a certain amount of warming is, on balance, a good thing for species, including humans. [5]

“As a result partly of man-made CO2 emissions, Earth has actually become greener.” [5]

Bob Ward, policy and communications director at the London School of Economics’ Grantham Institute on Climate Change and the Environment, criticised Lawson’s claim, writing that the article was “littered with typographic errors as well as woolly thinking.” He went on to argue that Lawson’s column “systematically misrepresents the risks of climate change and misled the newspaper’s readers.” [13]

Lawson claimed in a Times article that Extinction Rebellion relied more on “skunk than science”, writing: [14]

“Assertions that we are already seeing a mass extinction from climate change, and the prophecies of imminent apocalypse, are a form of mass hysteria.” [14]

In an article titled “The zero-carbon mania is just so much hot air”, Lawson argued that green policies to target climate change weren’t “practicable”. [6]

“The whole business is an exercise in vanity and hubris.” [6]

On the argument that the UK cutting emissions would make no difference if other larger emitting countries don’t do the same, Lawson wrote: [6]

“Someone would need to tell the planet, as neither Gaia, nor indeed any of her inhabitants, would notice the difference.” [6]

He also described the then 16-year-old climate change activist Greta Thunberg, as a “compelling prophetess of doom”. [6]

On oil spills, Lawson wrote in the Daily Mail: [7]

“Oceans can and do safely absorb vast quantities of crude oil. No permanent damage has been done to the marine environment of the Gulf of Mexico by the biggest oil-spillage in history, from BP’s Deepwater Horizon rig. [7]

“Its total leakage of seven million tonnes has either evaporated or been devoured by oil-eating microbes. The stuff is 100 per cent organic, after all. [7]

“That episode has been a disaster on several levels, but none environmental.” [7]

In an article that accused Prince Charles of being a “lobbyist” for the environmental movement, Lawson wrote: [15]

“The prince certainly needs someone to point out to him that the planet is not ‘dying’ and that it was doing just fine when CO2 concentrations were vastly higher than they are now or are ever likely to be as a result of whatever amount of fossil fuels we burn.” [15]

Lawson wrote an article for The Daily Mail arguing in favour of a new deep coal mine in Cumbria and criticising the government’s decision to prevent the construction of an open-cast coal mine in Highthorn, Northumberland in October 2020. [28]

He described the notion of the UK showing leadership on climate change as  “a form of moral vanity—and if it has local victims, they will principally be in the ‘left-behind’ regions of our country that the PM promised to prioritise.”

Lawson also criticised Prime Minister Boris Johnson’s pledge to make Britain “the Saudi Arabia of wind,” arguing that the expansion of wind energy was impossible without coal. He wrote: “Vast numbers of new wind turbines will be needed for this. And what will they be made of? Yes, steel. So the question is whether we wish to make as much as possible — or indeed any — of that steel in the UK. If we do, then coking coal is required.”

Lawson wrote an article for The Times criticising the government’s 10-point plan for a “Green Industrial Revolution,” including the expansion of offshore wind energy to 40 gigawatts by 2030. Lawson referred to this policy as the “equivalent of the USSR’s five-year plans,” adding: “the effect of increasing our dependency on indigenous wind will only add to the likelihood of the sort of market panic we witnessed last week — and of blackouts.” [27]

In an article for The Daily Mail, Lawson criticised the cost implications of Prime Minister Boris Johnson’s 10-point plan for decarbonising the economy, referring to it as “wastefulness.” Lawson also stated that: “replacing all our boilers with so-called ‘air-source’ heat pumps will not just cost at least four times more than gas-fired ones: the enormous tax-funded subsidies required will be for products less efficient at heat generation than those we currently use in our homes,” continuing: “Public expenditure to fund more expensive energy (for example, with wind turbines replacing gas ones for industrial use) is what economists call ‘malinvestment.’” [26]

Writing in the Daily Mail, Lawson characterised Extinction Rebellion as “a small-ish but increasingly influential group of middle-class climate change protesters who want to silence anyone or any organisation that doesn’t share their hysterical view that the planet and its inhabitants will fry to fossil-fuelled extinction within a decade or two unless we return immediately to a form of pre-industrial subsistence”.

He went on to recommend a book by Bjorn Lomborg, President of the Copenhagen Consensus Centre, which is funded by billionaire vulture capitalist Paul Singer, who gave $200,000 to the Centre in 2013.  [23]

Referencing ongoing delays over a final decision on planning permission for a coal mine in Northumberland, Lawson stated in the Daily Mail that the Government “likes to portray itself as the ‘world leader’ in the ‘battle against climate change”, and that its efforts to reduce emissions were an “elaborate British con trick, at least in carbon accounting terms”. [24]

In an article about Extinction Rebellion protestors in the Daily Mail, Lawson stated: “Hot news from the Antarctic: the penguins are prospering. And why is that interesting? Because this is the creature which was supposed to be the principal victim of climate change and the consequent loss of sea ice”. Lawson ended the article by saying: “Meanwhile, the Adélie penguins are loving the climate. Can we be forgiven for driving cars now?”, downplaying the significance of melting ice caps on the wildlife of the region. [25]

Lawson was invited onto Brendan O’Neill’s podcast to talk about climate change and Brexit. O’Neill is the editor of the Koch-funded libertarian media outlet Spiked and has written previously that “greens are the enemies of liberty”. [16], [17]

In the episode, Lawson described the green movement as “deindustrialising” society and “a form of impoverishment”. [16]

Lawson described Extinction Rebellion as a “doomsday cult” and claimed that the protest group have a desire to “infect the rest of us with their own misanthropic terror”. [8]

He also claimed that the BBC was “obsessed with climate change”, the Metropolitan police had “indulged so many of those bringing havoc to the capital”, and that politicians had been “pandering” to protestors. [8]

In a piece criticising school climate change protests, Lawson repeated a common trope used by opponents of climate action – he downplayed the UK’s responsibility to reduce emissions, pointing to China’s role in its increase of coal-fired power stations: [18], [19]

“They have been led to believe that British politicians have been doing ‘nothing’ to reduce emissions of CO2.” [18]

“If these ‘striking’ school- children were at all informed on the matter that exercises them so much, they would be demonstrating not in Parliament Square but outside the London embassy of the People’s Republic of China.” [18]

Lawson wrote a piece for the Times where he argued that to solve the housing crisis, society must “unbuckle the sacred green belt” of countryside that encircles urban areas. While suggesting that stockbroker property owners were “masquerading as the ecologically concerned” by taking issue with looser restrictions on residential development, Lawson wrote that “some” of the “distinctly scraggy” green belt could be freed up “for more suburbs”. [20]

In 2011, Lawson admitted that, although he agrees that green belt land should be built on, he “would do everything in [his] power” to prevent new developments near his residence. [21]

In an article for the Times, Lawson celebrated the fact that the Kyoto Protocol – a UN treaty committing countries to reducing their emissions – was, in his words, “dead”: [22]

“Its full implementation would have cost hundreds of billions of dollars in forgone economic growth to reduce global temperatures by about a fifth of 1C in 100 years, it should always have been a complete non-starter on any conventional cost-benefit analysis.” [22]

He went on to write that the government had “finally rejected the bogus economics of climate change”. [22]

Lawson also quoted Benny Peiser, a climate science denier and the director of the Global Warming Policy Foundation, who wrote that green campaigners had “become limp”. [22]

Lawson does not seem to be on social media.