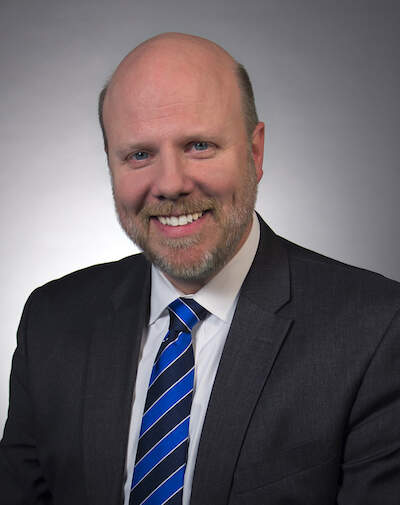 Lawson Bader is the President and CEO of both DonorsTrust and Donors Capital Fund, and the former president of the Competitive Enterprise Institute where he still serves as a member of the Board of Directors. [2], [3], [4], [5]

Donors Trust (DT) and its sister organization Donors Capital Fund (DCF) have been described as the “dark money ATM” of the conservative movement. DT and DCF have distributed millions of dollars to conservative causes through “donor advised funds” that conceal the identity of their original donors. [6]

Following the passing of DonorsTrust President Whitney Ball in August of 2015, [7] DonorsTrust announced that Lawson Bader would take Ball’s place as CEO in November of 2015. Bader had worked for three years as president and CEO at the Competitive Enterprise Institute (CEI), and prior to that served as Vice President of the Mercatus Center at George Mason University for 16 years. According to Greenpeace, during Bader’s time at Mercatus, the Center received more than $10 million in funding from Koch-related foundations. [8]

DeSmog reported that Bader’s move to DonorsTrust would see him remain within the funding circle of Republican activists the Koch Brothers. [9] DeSmog analysis found that one foundation controlled by Charles Koch – the Knowledge and Progress Fund – gave $7.65 million to DT between 2010 and 2013. KPF did not give grants to any other organization over that period. [10]

In addition to his position at DonorsTrust and Donors Capital Fund, Bader joined the board of the State Policy Network effective January 1, 2017, and the Board of the Atlas Network in September 2016. [26], [27], [28]

According to his profile at the Competitive Enterprise Institute, Bader was also previously the manager of government relations at SRI International, a legislative analyst with the D.C. law firm Pierson, Semmes and Finley, and a special assistant at the U.S. Senate Committee on Veterans Affairs. He also expanded CEI‘s programs by launching their radio show, RealClear Radio Hour with Bill Frezza, and “streamlined the organization’s policy efforts by emphasizing legal strategies to attack economic regulation and executive branch overreach.”  [4]

Lawson Bader is a signatory to a declaration organized by the Cornwall Alliance that calls on politicians to “abandon fruitless and harmful policies to control global temperature.” [11]

Some excerpts from the declaration, titled “Protect the Poor: Ten Reasons to Oppose Harmful Climate Change Policies,” are below: [12]

“While human addition of greenhouse gases, particularly carbon dioxide (CO2), to the atmosphere may slightly raise atmospheric temperatures, observational studies indicate that the climate system responds more in ways that suppress than in ways that amplify CO2’s effect on temperature, implying a relatively small and benign rather than large and dangerous warming effect.”

“Rising atmospheric CO2 benefits all life on Earth by improving plant growth and crop yields, making food more abundant and affordable, helping the poor most of all.”

“Abundant, affordable, reliable energy, most of it now and in the foreseeable future provided by burning fossil fuels, which are the primary source of CO2 emissions, is indispensable to lifting and keeping people out of poverty.”

“Mandatory reductions in CO2 emissions, pursued to prevent dangerous global warming, would have little or no discernible impact on global temperatures, but would greatly increase the price of energy and therefore of everything else. Such policies would put more people at greater risk than the warming they are intended to prevent, because they would slow, stop, or even reverse the economic growth that enables people to adapt to all climates. They would also harm the poor more than the wealthy, and would harm them more than the small amount of warming they might prevent.”

Lawson Bader lists the following as the first among “five opportunities to have a positive effect on the economy and do well by your constituents and fellow citizens”: [13]

“Protect Americans’ Access to Affordable Energy. Congress will likely consider reauthorizing a tax extenders package that includes production tax credits (PTC) for wind and solar energy. These credits deserve to go the way of the Model T. They amount to subsidies for politically connected energy firms that cannot compete in the energy marketplace on either price or reliability. Energy from wind, solar, and other renewable sources is more expensive than energy from fossil fuels. So-called renewables are costly, and those costs are ultimately passed on to consumers, for no discernable environmental benefit. Nine of the 11 largest wind power-producing states are experiencing skyrocketing electricity prices, rising more than four times the national average.”

“From carbon capture to fracking to climate change to coal production, the EPA is interested more in pursuing the Obama administration’s desire to regulate out of business industries it doesn’t like, rather than ensure proper environmental stewardship.” [14]

“How does Big Labor maintain its privileged position? Quite simply, politics. While liberals scream ‘foul’ over the political contributions of the Koch brothers, ‘corporations’, or ‘special interests’ like the tobacco and pharmaceutical companies, the truth is that organized labor accounts for 10 of the top 15 political campaign contributions between 1989 and 2014, with nearly all of their giving going to Democratic candidates.” [15]

Lawson Bader, representing Donors Trust, was a speaker at a 2016 Conservative Leadership Conference event titled “Dark Money vs. Private Philanthropy – How to Keep Your Donations Private and the Left out of Your Business.” [16]

Lawson Bader, representing the Competitive Enterprise Institute, was a speaker at FreedomFest 2015 where he offered a July 10 presentation titled ”Gavel Out! Legal Opportunities to Push Back Regulatory Overreach.” [17]

Mother Jones magazine reports that the Competitive Enterprise Institute, of which Lawson Bader was president at the time, was the driving force behind two lawsuits opposing Obamacare including King v. Burwell. [19]

According to Mother Jones, “If the CEI-backed case prevails, more than 8 million people could lose their health coverage, premiums could skyrocket 35 percent or more, and the fledgling health care reform effort could collapse. CEI also helped launch Halbig v. Burwell, a similar case that is on hold pending the Supreme Court’s decision in King.” [19]

The magazine notes that while “after CEI filed its anti-Obamacare lawsuits, Big Pharma continued to fund the think tank” even while the health care law was projected to boost the industry’s profits by up by $25 billion over the following decade. While PHRMA declined whether to say if they would continue to fund CEI, a GlaxoSmithKline spokeswoman said that ”GSK supports efforts to increase access, improve quality and reduce cost growth in the US health system and we remain committed to working with the administration and other stakeholders as the ACA is fully implemented.” [19]

“If that’s the case, though, it begs the question of why Glaxo and other pharmaceutical industry outfits that pledged their support to Obamacare have simultaneously backed a group that for years has been plotting the law’s destruction,” writes Mother Jones. [19]

Lawson Bader’s Competitive Enterprise Institute filed a lawsuit suing the White House “over a video that claimed global warming might be tied to last year’s extreme cold spell, commonly referred to as the ‘polar vortex,’” according to a report from ThinkProgress. The White House stated that the video did not “represent the official agency position,” and instead represented the “personal opinions” of the White House’s Office of Science and Technology director, John Holdren, and OSTP Senior Communications Advisor, Becky Fried. [25]

CEI then filed a Freedom of Information Act request “for all White House documents and e-mails discussing whether the validity of the science really does constitute Holdren and Fried’s personal opinions, and all documents related to the cost of producing Holdren’s video.” The White House came forth with some material following the FOIA request, but withheld 47 additional pieces of information that it claimed contained “privileged material.” [25]

The Cornwall Alliance has been described as “the most influential evangelical anti-environmentalist in the United States,” and posits that “Earth and its ecosystems – created by God’s intelligent design and infinite power and sustained by His faithful providence – are robust, resilient, self-regulating, and self-correcting, admirably suited for human flourishing, and displaying His glory. [20]

The Cornwall Alliance’s parent group, the James Partnership, has received over $1.2 million in funding from the secretive DonorsTrust, of which Bader is now CEO. [21], [22]

The Cornwall Alliance’s declaration makes a number of sweeping statements about climate change, including that “Earth’s temperature naturally warms and cools cyclically throughout time, and warmer periods are typically more conducive to human thriving than colder periods,” and that more CO2 is a good thing, as “Rising atmospheric CO2 benefits all life on Earth by improving plant growth and crop yields, making food more abundant and affordable, helping the poor most of all.”

According to the declaration, reductions on CO2 emissions would “have little or no discernible impact on global temperatures,” and would “harm the poor more than the wealthy.”

The Competitive Enterprise Institute filed a lawsuit against the NSA. Lawson Bader writes that their reasoning is to gain access to information they have failed to retrieve from the EPA including “cell phone and text message records that we believe will show the degree to which left-leaning environmental pressure groups have had unfettered, back-channel access to EPA leadership.” [23]

Bader writes that “the NSA might have the information that the EPA claims is non-existent. So we are asking the federal government to snitch on itself. And that is actually kind of funny.”

The Competitive Enterprise Institute offers a large list of content written by Lawson Bader. Some sample publications below: [24]