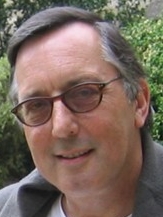 Ir. Henri A. Masson is past event coordinator at SEII (European Society of Engineers and Industrialists). He resigned from the organization shortly after SEII canceled a conference of climate change skeptics that featured S. Fred Singer. [2], [3]

Masson describes himself (PDF) as the “Chairman of the Climate Change Think-Tank of SEII” and as a member of the Board and of the Executive Committee. An archived of SEII‘s website lists Masson as a past member of the board and an “Administrateur” as of November, 2010. [4], [5]

Henri Masson’s education is in chemical engineering. He is a professor of Applied Economics at the University of Antwerp and visiting professor at the Maastricht School of Management. He is former Vice-President of the Société Royale Belge des Ingénieurs et Industriels (SRBII, franstallige engineers of Belgium). [1], [6]

“…temperature records over time in a given location show a chaotic behaviour. Our finding proofs mathematically that any forecast of temperature in a given point is meaningless on the medium or longer term, which is intuitively obvious from weather forecasts. [7]

“An indirect consequence of the complexity of the climate system is the danger of writing non-comprehensive executive summaries for decision makers, based only on mathematical models, as the UN IPCC (Intergovernmental Panel for Climate Change) usually does.”

“Consequently, there is a serious risk that climate related socio-economic or geopolitical decisions made by political decision-makers are based on unsubstantiated scientific evidence. The development of a low carbon economy, the promotion of, and subsidies for  alternative energies, electrical vehicles, underwater or underground carbon trapping, cap and trade mechanisms, etc. could be part of such unsubstantiated decisions with huge global consequences for the competitiveness of industries, and of nations in attracting these industries.” [7]

In January 2018, more than 200 scientists endorsed an open letter calling on the American Museum of Natural History (AMNH) to remove climate change denier Rebekah Mercer from its board and to “end ties to anti-science propagandists and funders of climate science misinformation.” The New York Times reported that those among the AMNH letter calling for Mercer to step down were Michael E. Mann, director of the Earth System Science Center at Pennsylvania State University, and Katharine Hayhoe, director of the Climate Science Center at Texas Tech University. [9]

Masson was among a group of climate change deniers who responded with their own open letter, calling for the AMNH “not to cave in to this pressure.” The letter was signed by numerous individuals with ties to groups funded by the Mercer Family Foundation such as Will Happer of the CO2 CoalitionRichard Lindzen, a fellow at the Cato InstituteCraig Idso, the chairman of the Center for the Study of Carbon Dioxide and Global Change. There are a number of signatories affiliated with the Heartland Institute, which has received over $5.78 million from the Mercer Family Foundation since 2008. [10]

Henri Masson was one of a group of climate change skeptics who called for the Royal Dutch Academy of Arts and Sciences to withdraw a climate brochure that displayed facts about climate change including a link between extreme weather events and changing climate.

Signatories to the letter claimed that the Academy’s claims were unsustainable and that the brochure was misleading. Other notable climate change skeptics who signed the letter include Hans Labohm, Gerrit van der Lingen, Harry Priem, Arthur Rörsch, and Henk Tennekes. [6]

Masson was scheduled to speak at an event (PDF) on climate change hosted by what he described as “The Climate Change Think-Tank” of the SEII. The original event was to include climate change skeptic S. Fred Singer and professor Claes-Göran Johnson who teaches Applied Mathematics at the Royal Institute of Technology in Stockholm, Sweden.

SEII president Philipee Wauters told DeSmogBlog that Henri Masson did not have the approval of SEII when he organized the event. Rather than following proper conduct and informing the board of the meeting, Masson proceeded without permission. The board was only notified in mid-August by a third party, and by that point the board had no time to set up a meeting to discuss the case.

Because of this, Wauters notified Henri Masson that he was was not authorized to hold the event in the name of SEII, and that he should withdraw all invitations and documents that were presented on SEII official paper. The event was then rescheduled as a private meeting.

Also in late August, Jean-Pascal van Ypersele sent a letter to the Fondation Universitaire pointing out Fred Singer’s history of fossil fuel funding and how Singer “… leaves very little to be desired when it comes to scientific honesty… . and it is scandalous that such a person could be remotely or closely associated with the SEII and to the Fondation Universitaire.”

Shortly after this, Masson resigned from the SEII, claiming that SEII had bowed to external pressure by the IPCC by cancelling his conference. [3]

According to SEII‘s president, this was not the case, as SEII only became aware of this pressure after they had asked Masson to make his event private. He also said that “some very nasty e-mails were sent by Henri Masson about SEII and its president, and distributed on a very large base” so that “By resigning himself he just took the right decision.”

Speakers at the conference included:

Video of the seminar is available here and here.

Henri Masson has associated with a number of Belgian climate change skeptics including:

According to Google Scholar, Henri Masson’s only publication in the area of climate change is a “Working Paper” published by the Maastricht School of Management titled “Advanced Signature Analysis of Time Series: Application to Climate Change” (PDF).