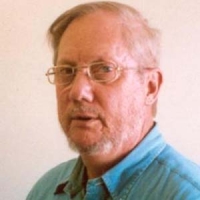 Jerome Arnett Jr. is a pulmonologist in Elkins, West Virginia. Arnett is also a fellow of the American College of Chest Physicians and once served on its ethics committee.

He is also a policy advisor for The Heartland Institute, an adjunct scholar at the Competitive Enterprise Institute, and a scientific advisor to the American Council on Science and Health.

“…there is no evidence that humans can alter the natural climate cycles. As Singer notes, stopping continental drift may be an easier task.”

“’Global warming’ is a fraud that has been perpetrated by unethical environmentalists, by activists with no credentials, by climate scientists using wildly inaccurate computer models, by government bureaucracies, and by irresponsible liberal news media. It has become a religion, and scientists who question it have even received death threats.” [2]

“In 1992 EPA published its report, ‘Respiratory Health Effects of Passive Smoking,’ claiming SHS is a serious public health problem, that it kills approximately 3,000 nonsmoking Americans each year from lung cancer, and that it is a Group A carcinogen (like benzene, asbestos, and radon)… .EPA‘s 1992 conclusions are not supported by reliable scientific evidence.”

“…influential anti-tobacco activists, including prominent academics, have unethically attacked the research of eminent scientists in order to further their ideological and political agendas.

“The abuse of scientific integrity and the generation of faulty ‘scientific’ outcomes (through the use of pseudoscience) have led to the deception of the American public on a grand scale and to draconian government overregulation and the squandering of public money.” [3]

Registered as a speaker at the Heartland Institute‘s 7th International Conference on Climate Change (ICCC7). [4]

Arnett’s speech, titled “Global Warming and Human Health Effects” can be viewed below.

Speaker at the 25th Annual Meeting for Doctors for Disaster Preparedness (DDP). The meeting was cosponsored by Access to Energy, the Oregon Institute of Science and Medicine, and Physicians for Civil Defense.

According to his profile at the Competitive Enterprise Institute, Arnett has been published in the medical journals Chest, Annals of Internal Medicine, Journal of Trauma, and the West Virginia Medical Journal.

He has also had articles published in the Wall Street Journal, American Spectator, and the Providence Journal.