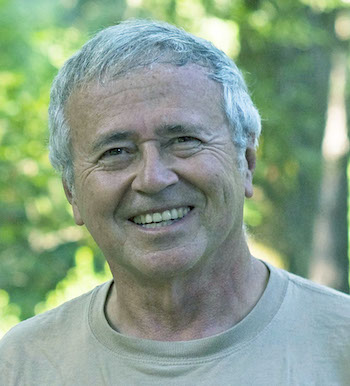 Norman (Norm) Rogers is a Policy Advisor at the Heartland Institute. Rogers received a B.A. in Physics from the University of California at Berkley and a M.S. in Physics from the University of Hawaii. Following his education, he “held a variety of engineering and computer programming jobs with IBM, Hewlett Packard and other companies,” according to his Heartland bio. Rogers began studying climate change as a “retirement project” after 2006. [1], [10]

Rogers is on the board of directors of the CO2 Coalition, a group that celebrates carbon dioxide and contends that “Observations indicate that every doubling of the CO2 concentration will increase the earth’s surface temperature by 1 to 2 C, and perhaps less” and that “The warming is so small that the resulting longer growing seasons and increased plant productivity from additional CO2 will of great benefit to life on earth.” [8], [9]

He is the author of ClimateViews.com, which has listed Wikipedia as a “site promoting global warming alarmism.”  Rogers has suggested on the website his “strong background in physics and computers” makes him “able to follow the science involved” in climate change.[2], [3]

Rogers also runs DumbEnergyDepot.com, a website attacking wind and solar as “dumb energy” and promoting his book. He has consistently attacked “good for nothing” renewable energy and written regularly on climate at the conservative internet publication American Thinker. [12], [13]

“Ironically, the evidence is overwhelming that adding CO2 to the atmosphere is highly beneficial.  CO2 makes crops grow better with less water.  A touch of global warming, all that we can possibly expect, is also beneficial, especially compared to global cooling,” Rogers claimed in an article at the American Thinker.  “The scientific credibility of the global warming has fallen to near absolute zero in the face of the 18-year failure of the Earth to warm,” he added. [14]

“It’s perfectly reasonable that adding CO2 to the atmosphere could cause some warming, probably minor. This perfectly reasonably supposition was turned into unreasonable dogma by certain scientific disciplines that sensed an opportunity. They realized that if CO2 were inflated into the great Satan, it would be very beneficial for their careers,” Rogers wrote at the American Thinker. [15]

Rogers wrote in an article at the American Thinker:

“Global warming is a political movement disguised as a scientific movement.” [7]

“The increase in temperature predicted by the global warming computer models is about 3 degrees Celsius. This isn’t very scary, so the promoters of global warming alarmism come up with additional scare stories. For example, there will be more hurricanes, the ice caps will melt, the polar bears will die, the oceans will become acid and kill the coral, and weather will become more extreme.” [6]

Green electric power from windmills and solar energy is impracticable.  Its expensive and due to the erratic nature of sunshine and wind, solar and wind power must be backed up by duplicate power plants or by energy storage systems that are as expensive as duplicate power plants. It sometimes seems that the advocates of solar power don’t realize that the sun does not shine at night. The much acclaimed Kyoto Treaty for the reduction of CO2 illogically does not give CO2 reduction credit for CO2-free nuclear power plants, something put in the treaty in response to green lobbying.” [6]

Rogers wrote on an archived version of the Climate Views website:

“I’ve discovered that if a person is committed to green ideology it is very difficult to change their mind about global warming alarmism. This is true even if they are technically qualified and able to understand scientific arguments. You can’t change their thinking because their thinking is faith based. In other words they have come to believe in a green religion. Even though these believers could have a green religion without global warming they are very reluctant to let go of global warming because it is a justification for other tenets of the green religion like using less energy. However scientific arguments and facts are very important for informing people who are open minded on the subject of global warming.” [2]

“There are very eminent older climate scientists, like Richard Lindzen and Roger Pielke Sr. that are publicly critical of the green doctrine. These are scientists who are so accomplished and established as to be immune to retaliation. Mid-career climate scientists, like Roy Spencer and John Christy, both from the University of Alabama Huntsville, are critical of global warming doctrine and have done very important scientific work trying to point the science in a sounder direction. But most of the critics of global warming alarmism come from related fields of science, for example meteorology, engineering or physics.” [2]

Writing at the American Thinker, Rogers defended climate change denier William Happer‘s appointment on a presidential committee to advise president Donald Trump on climate change.  “William Happer is one of the most important scientists in the United States,” Rogers wrote. [16]

“The press has been told to direct questions to Dr. Happer.  That is enough to bring out the climate hyenas. They can’t stand the thought that Trump might have some solid scientific advice concerning climate change.  The hyenas are running an all-out attack against Dr. Happer,” Rogers wrote. [16]

He went on to describe those who agree with mainstream climate scientists as “the climate science mafia.” [16]

Rogers made an appearance on a theDoveTV program Focus Today  to discuss “Is Green Energy a Scam?” [18]

Rogers released his book, Dumb Energy: A Critique of Wind and Solar Energy. According to the book’s promotional website, “Wind and solar energy are very poor investments. ​The excessive cost is hidden by subsidies and propaganda.” [17]

Norm Rogers has not published any peer-reviewed scientific literature according to Google Scholar, Skeptical Science, or search engines.

Rogers writes in his bio at ClimateViews: “Since I retired, I have written approximately 60 articles, mostly related to climate change or
alternative energy.” He does not list those publications in his bio. [10]

View Rogers’ complete listing of articles at the American Thinker. Some sample articles below: [13]